Newswatch 16's John Hickey shows us what that looks like from space and how things could be much different for us in this Skywatch 16. 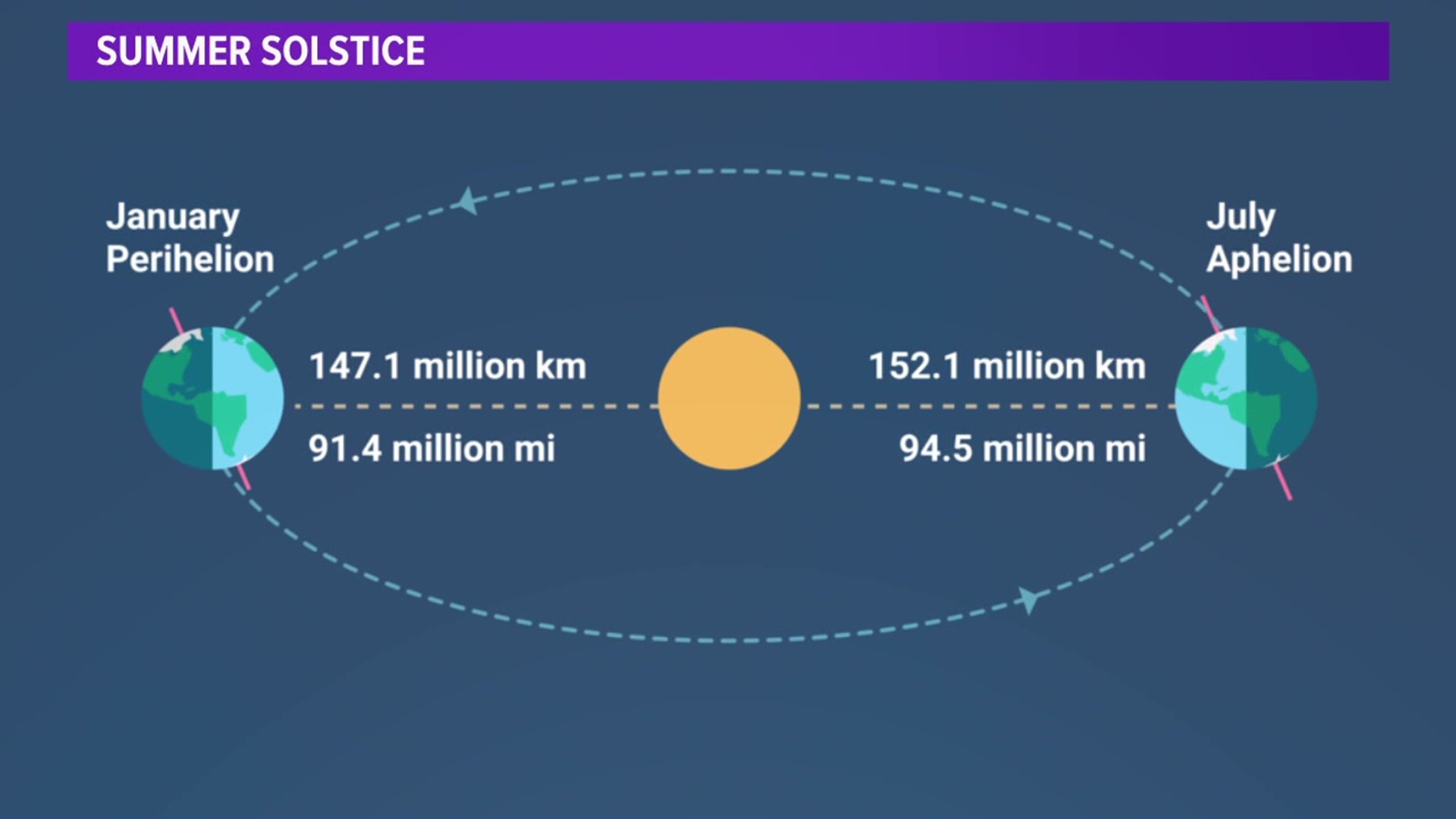 But great because of those warmer temperatures because the Earth is closer to the sun in the summer? Not so fast, my friends.

What happens in the summer is the Earth is tilted towards the sun.

We're further away from the sun in the summer than we are in the winter by about three million miles.

Imagine if we were tilted towards the sun and we were closer.

That surely would be that summer temperatures would be hotter.

Winter temperatures with us being tilted away and further away, well, we'd be even cooler than we are now.

Here's what else the summer solstice means for you.

The sun goes directly above the Tropic of Cancer, where they have 13.5 hours of daylight.

The Summer Solstice is also the point when the sun reaches the highest point in the sky off of the horizon.

So this is it, baby.

The sun is at the highest point in the sky this time of year.

So, enjoy these warm summer nights.