Steady light snow will taper off by late-morning Sunday but a mix remains a possibility. This upcoming week will feature a few chances for rain or snow showers. 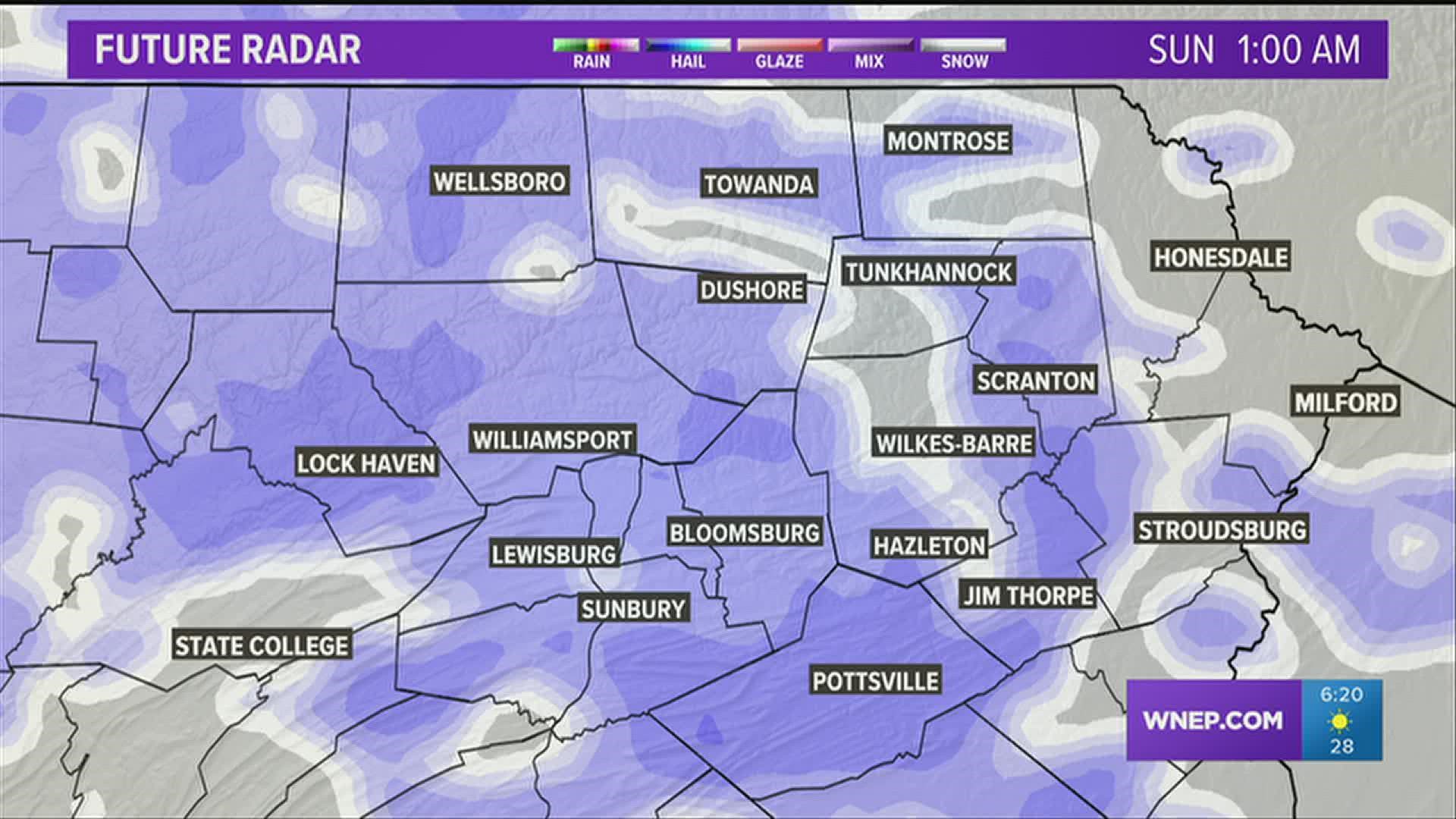 A weak system moving through will continue to bring some light snow across the area Sunday morning. Accumulations should only be about an inch or less for most with higher amounts in the Northern Tier and Central Pennsylvania. The steady snow tapers off by late-morning and the rest of Sunday will feature clouds and a hit or miss rain or snow shower. A few weak systems this upcoming week will bring a lot of clouds and a couple chances for rain or snow showers.