About 75 percent of the sun will be covered up by the moon on Thursday. You will have to be an early morning riser to see it. 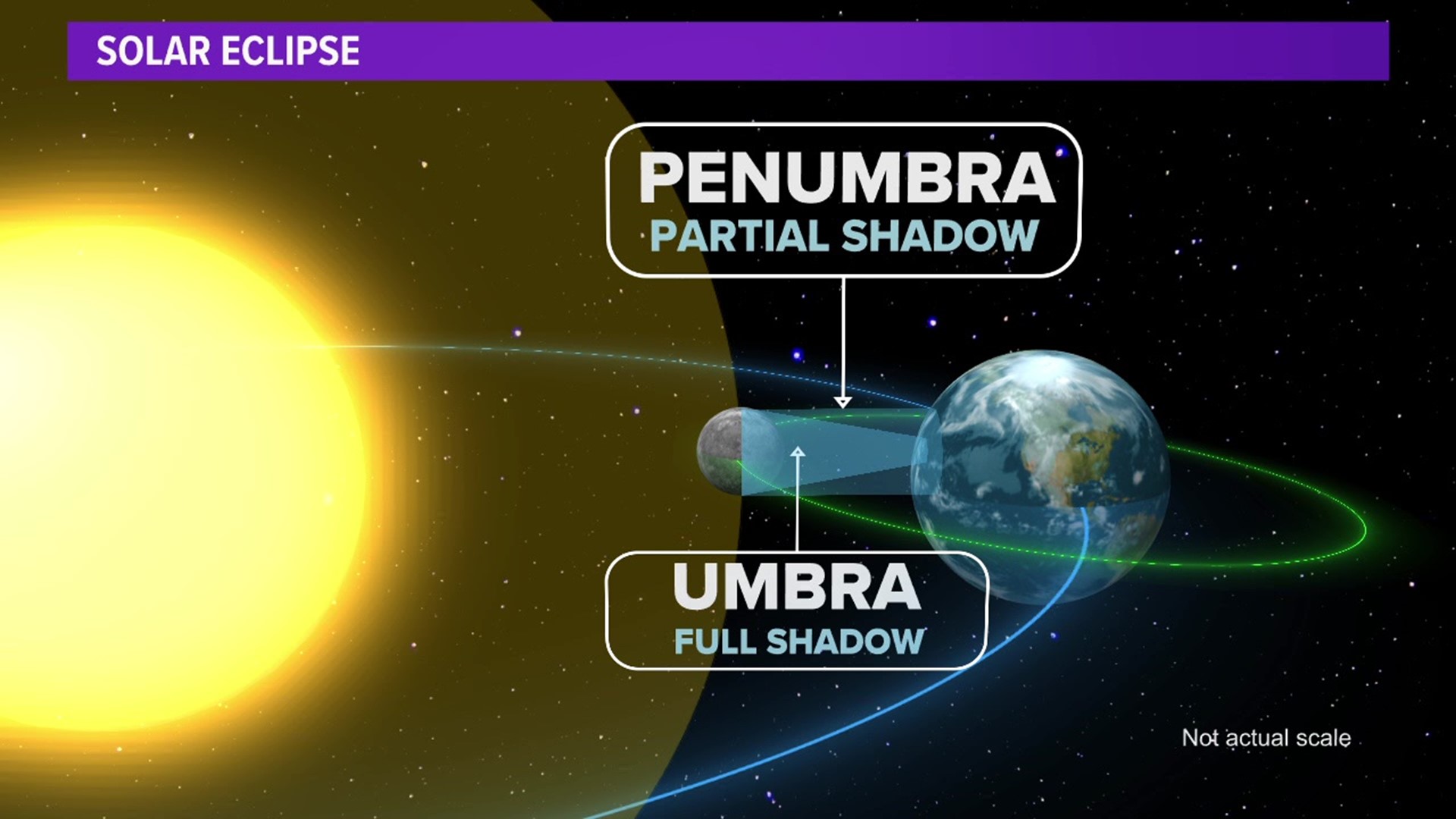 Sunrise Thursday morning may appear dimmer than normal. That's because of a partial solar eclipse that will be underway just as the sun rises over the horizon.

"If you want to observe this, you're going to need a clear view of the Northeast horizon. Preferably one without any significant hills or mountains in the way," said Matt Beaky, a physics professor at Juniata College. "A solar eclipse happens every time the moon passes in front of the sun as seen from somewhere on Earth.  It can block part of the sun, which is a partial eclipse, or all of the sun, which is a total eclipse."

But how can our moon, a fraction of the size of the sun, turn day into night in the path of totality?

"It turns out to be nearly a perfect ratio so that its smallness and closeness makes it look just the same size as the sun in the sky," said Beaky. "It's no different than holding up your finger and covering a skyscraper."

Beaky says that we will see a partial eclipse here in Northeastern and Central Pennsylvania.

About 75 percent of the sun will be covered up by the moon. A bright ring is then created around the moon. It is often referred to as a 'ring of fire.'

You will have to be an early morning riser on Thursday to see it.

"When the sun is rising at about 5:30 a.m. on Thursday morning, the eclipse will be just about at its maximum," he explained. "The whole process takes about two hours.  The first hour is going to happen before sunrise from our point of view."

If you plan on checking it out, make sure you do so safely.

"It's never advisable to stare at the sun. That's always a bad idea, so want to use a good solar filter," Beaky said. "Some way of filtering the sunlight. The best option would be the eclipse glasses that you might still have a pair of if you bought a pair or were given a pair for the 2017 eclipse."

If you don't have eclipse glasses, Beaky says sunglasses are not a suitable replacement because they don't protect your eyes against the sun's UV radiation. However, you can find a way to project the eclipse.

NASA also provides a fun activity to indirectly look at a solar eclipse, known as a pinhole camera.

Holding out until you can see a total solar eclipse.

"April 8, 2024, something that's on my calendar. Definitely want to try and see that," Beaky added.