Skywatch 16: Star hopping across the sky

June is a great month for "star hopping". John Hickey shows us how to use pointer stars to see more stars in this week's Skywatch 16. 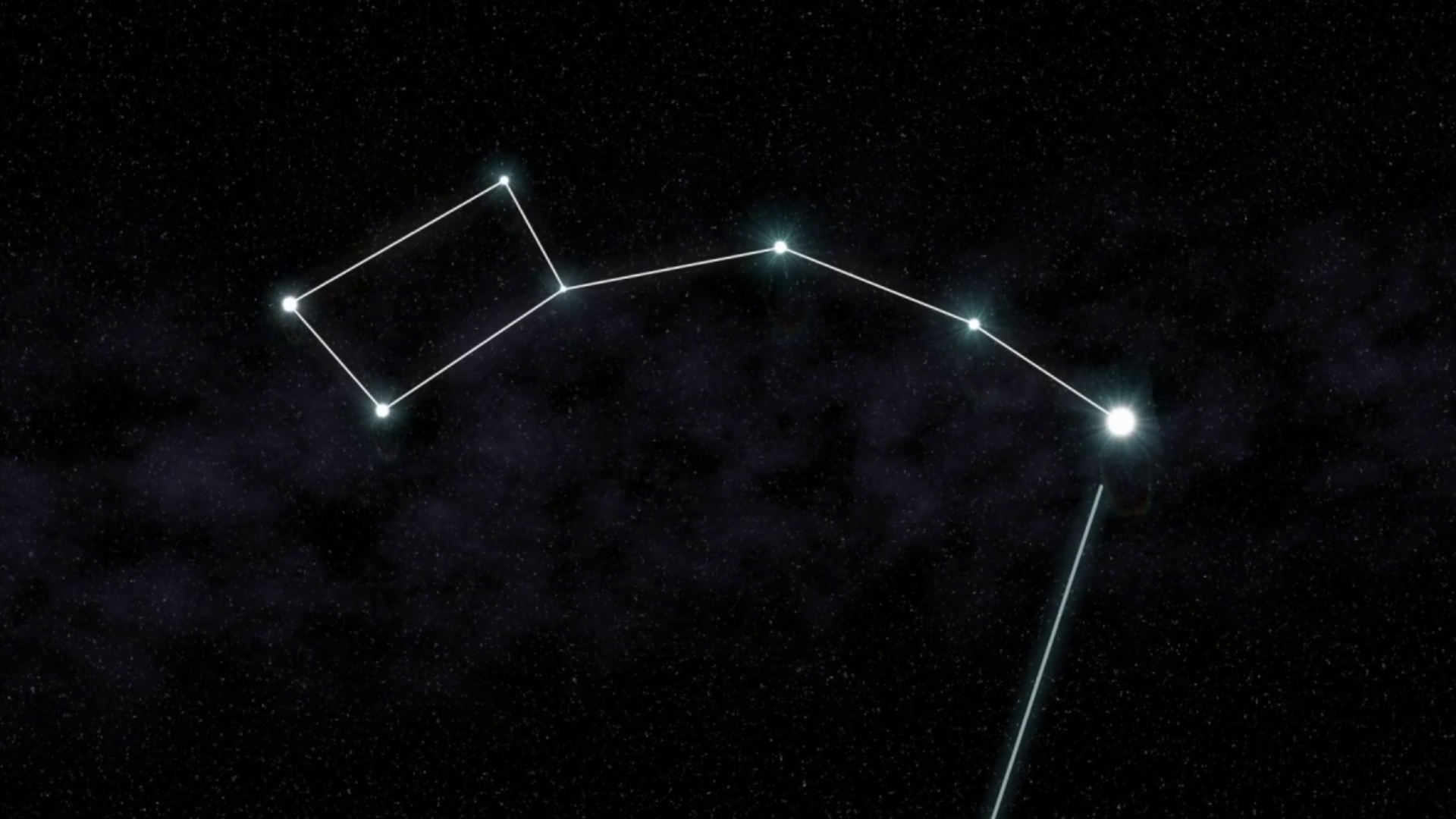 June is a great month for sky-watching newbies. The Big Dipper is nearly directly overhead and you can use it to "star hop" to other stars and constellations.

"That's the very first thing people learn how to do is star hop by using the brighter stars.  From there they can find the stars in the constellation and make out the patterns," said John Sabia with Thomas G. Cupillari Observatory.

I had an online chat with John Sabia from Keystone College. He's an assistant observer at the Thomas G. Cupillari Observatory.  He taught this amateur astronomer how the Big Dipper's "pointer stars" can be used to find the north star.

"The bowl of the Big Dipper. The last two stars if you look at them and follow a directional line from the left to the right.  You should eventually find another star of nice magnitude and that would be Polaris the North Star," said Sabia.

The Big Dipper's handle can be used to find Arcturus and Spica.

"You just follow the curve of the arc and you'll find the star Arcturus.  That's a bright orange star. Find Arcturus and you go straight down and you should see a little bit dimmer star.  Sort of whiteish blue and that would be Spica in the constellation Virgo," said Sabia.

An even easier way to find various stars is to use our moon as it passes near them. On the evening of Tuesday the 15th, the moon passes directly over Regulus.

There's also another star in the area next to the moon.  If you look at the moon on the crescent phase that's illuminated and just off to the right you should see another star.  It's not going to be as bright as Regulus," said Sabia.

A telescope might serve you well on the evening of Saturday the 19th as the moon passes over Spica. The moon will have just finished an occultation of a different star that will appear just to the moon's right.

So if the moon occultates something, it means that it covers it up.

If you're looking for a more detailed look at the night sky, consider meeting up with the Lackawanna Astronomical Society for an observing meeting.