The warmer temperatures on the way make for a comfortable to spend a night under the stars. John Hickey shows us what we can see in this week's Skywatch 16. 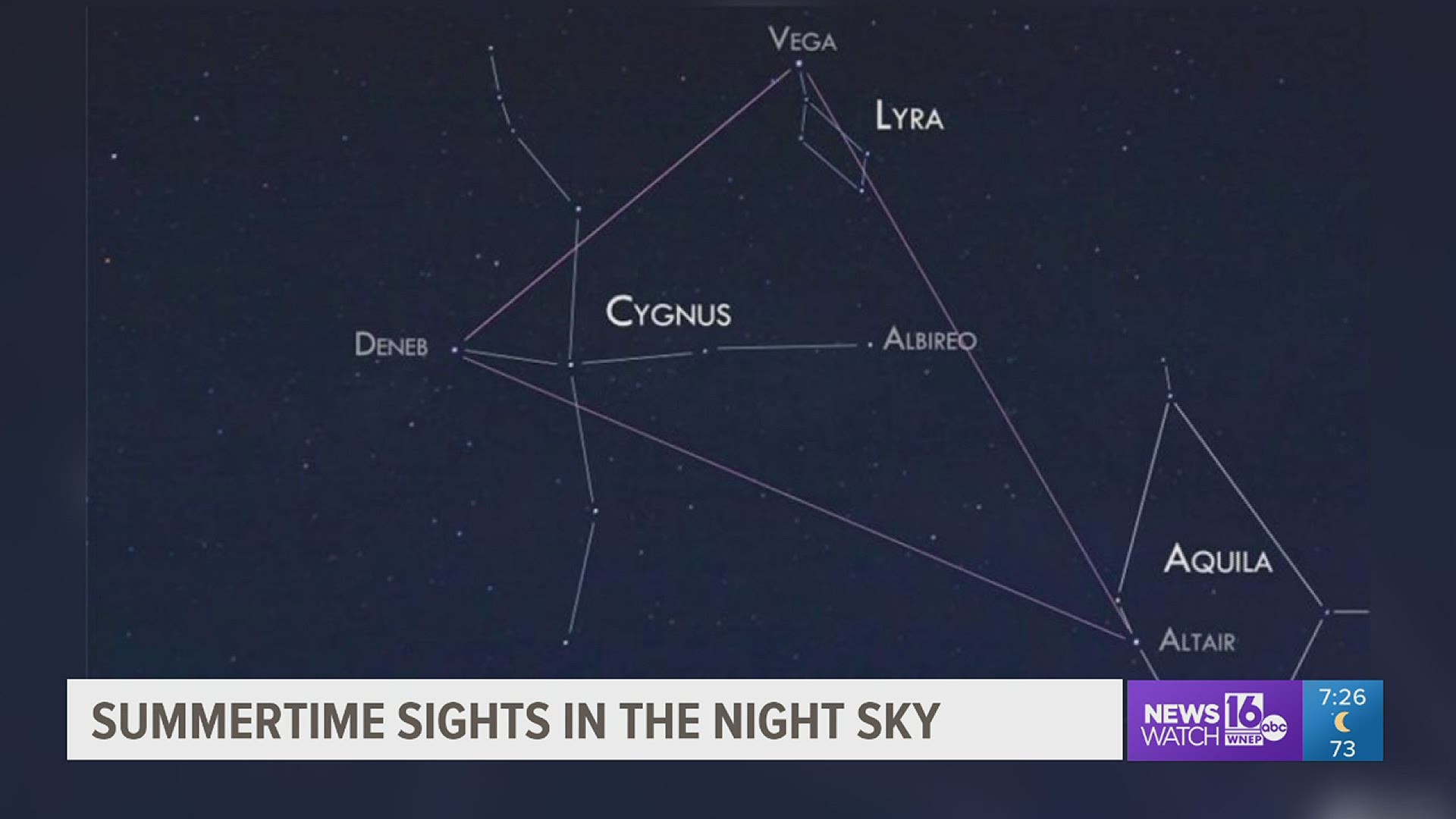 Well, June is here, and that means warmer temperatures are coming, unlike what we just saw this past weekend.

It's also more than just warm temperatures this summer.

It's also time to find some new things in our night sky.

So you'll be looking to the east on June evenings, and really you can find this summer triangle.

Any time a year, at least for a portion of the night, but it's most prominent during the summer months.

The summer triangle isn't a constellation but rather an asterism, so it's something that looks like something else in the night sky.

Vega, Altair, and Deneb are actually all part of their own constellations.

For instance, Altair is part of the Eagle Constellation.

Vega is Lyra the harp, or at least one star within it.

Again you'll want to look to the east on June evenings to be able to find this.

If you want to look to the north, you'll be able to pick out the Big Dipper high up in the northern sky.

Once you find the big dipper, look at the outer two stars, and you'll be able to point to them.

That's why they're known as the pointer stars towards the Little Dipper.

In fact, they'll point directly to Polaris, the northern star.

Very bright and on a dark night away from any city lights, you'll also be able to find the Little Dipper.

So whether you're looking to the east or the north, the summer is a great time to be a skywatcher.