It's been a long road for Nova since she was left for dead in June, but now she's found a loving home with those working to protect her. 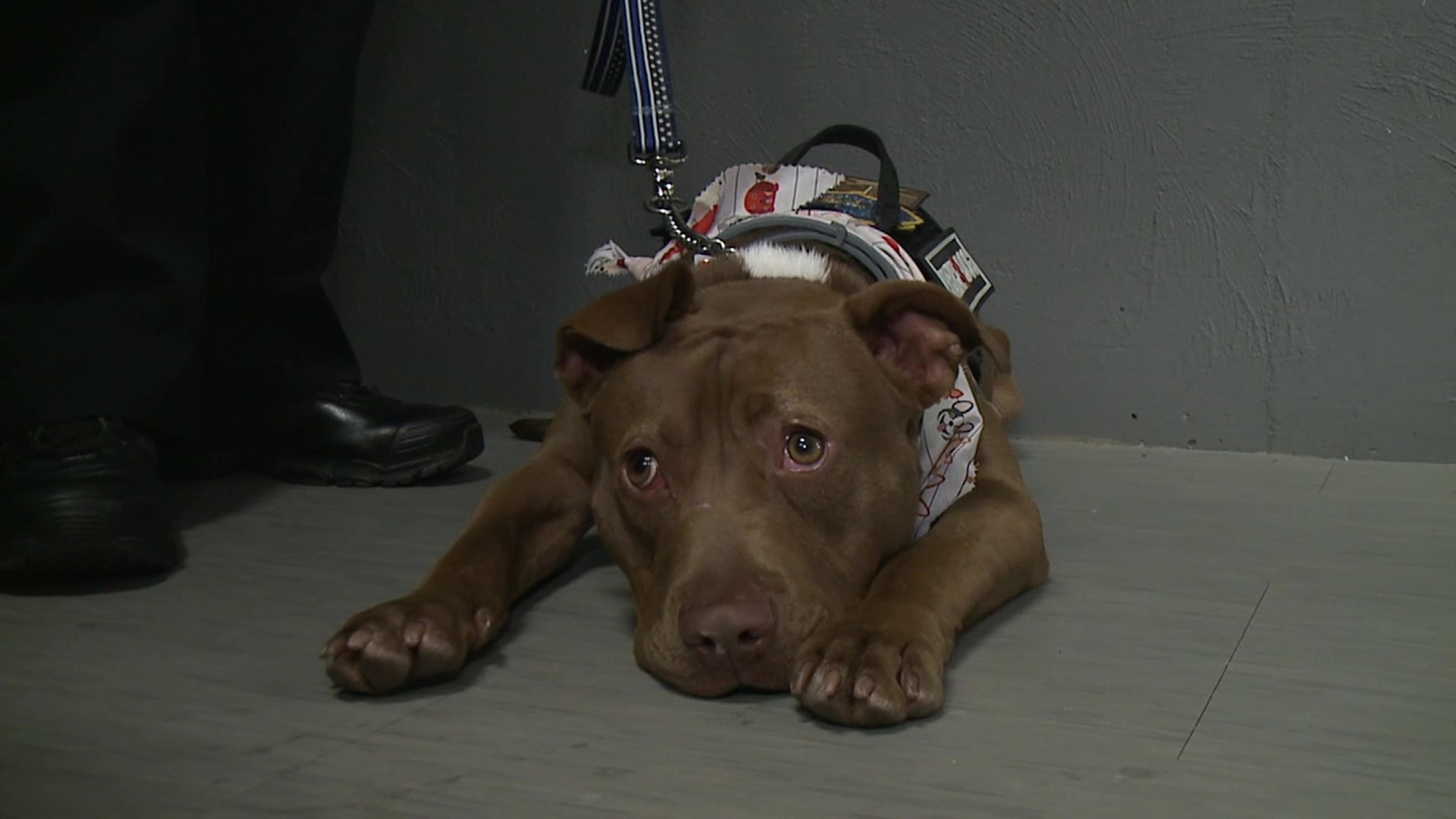 PITTSTON, Pa. — Thursday marked a happy ending for a dog that was found abandoned on the streets of Pittston earlier this summer.

It was adoption day for Nova after she was found starving to death in June. The dog is much healthier now and is being welcomed into a home that will combine her work and play in the community.

On Thursday, all eyes were on Nova when she entered a conference room inside Pittston Police Headquarters to celebrate her adoption day. She was found in June abandoned and starving on Davis Street in Pittston.

"I had gone to the scene where she was with one of the officers, and it was the saddest thing I had ever seen. And from the first day to now, it's the most insane improvement I've ever could have ever dreamed of, expected, and more than physically just mentally, emotionally, like she is amazing," said Liz Nayavich of Maxwell's House Dog Boarding.

Nova is slated to work in the Pittston Police Department as an emotional support animal, especially for children who might relate to her story.

"She was just depressed and broken," said Dr. Sara McGarry of the Shoemaker Avenue Animal Hospital. "It's been great to see her. she's made such a great recovery."

The ones working hard to find justice for Nova are the ones who will be welcoming her into their home. Pittston Police Chief Neil Murphy and his finance, Pittston Township Police Chief Lena Angelella, signed the adoption papers and are now officially Nova's owners.

"From the moment I saw the photos, I became emotionally involved at that point. It was kind of hard not to be. Everyone was. And little by little more contact we had with her, the more we knew we had to do more than just investigate the incident that happened with her," said Chief Murphy.

Nova has some more training to do, but it's clear no matter what, the community will forever have her back.

"She can't walk down the street two blocks without five people cheering and wanting to meet her," said Nayavich. "Especially in such a darkish time throughout so much like joy and light to everybody."

"Comes from a place where she was abandoned and left and discarded, and now she has all the love she could ever ask for," Chief Murphy added.

Nova has been in her new home for about two weeks, and the chief says she is living it up. She has her special spot on the couch and everything.

The department is still actively investigating who put Nova in that position in the first place, and the chief says they hope to have more information on that soon.