Police in Pittston want to adopt abused dog, train her to be service dog

Police hope to train Nova to be a service dog who helps victims of abuse when she's healthy enough. 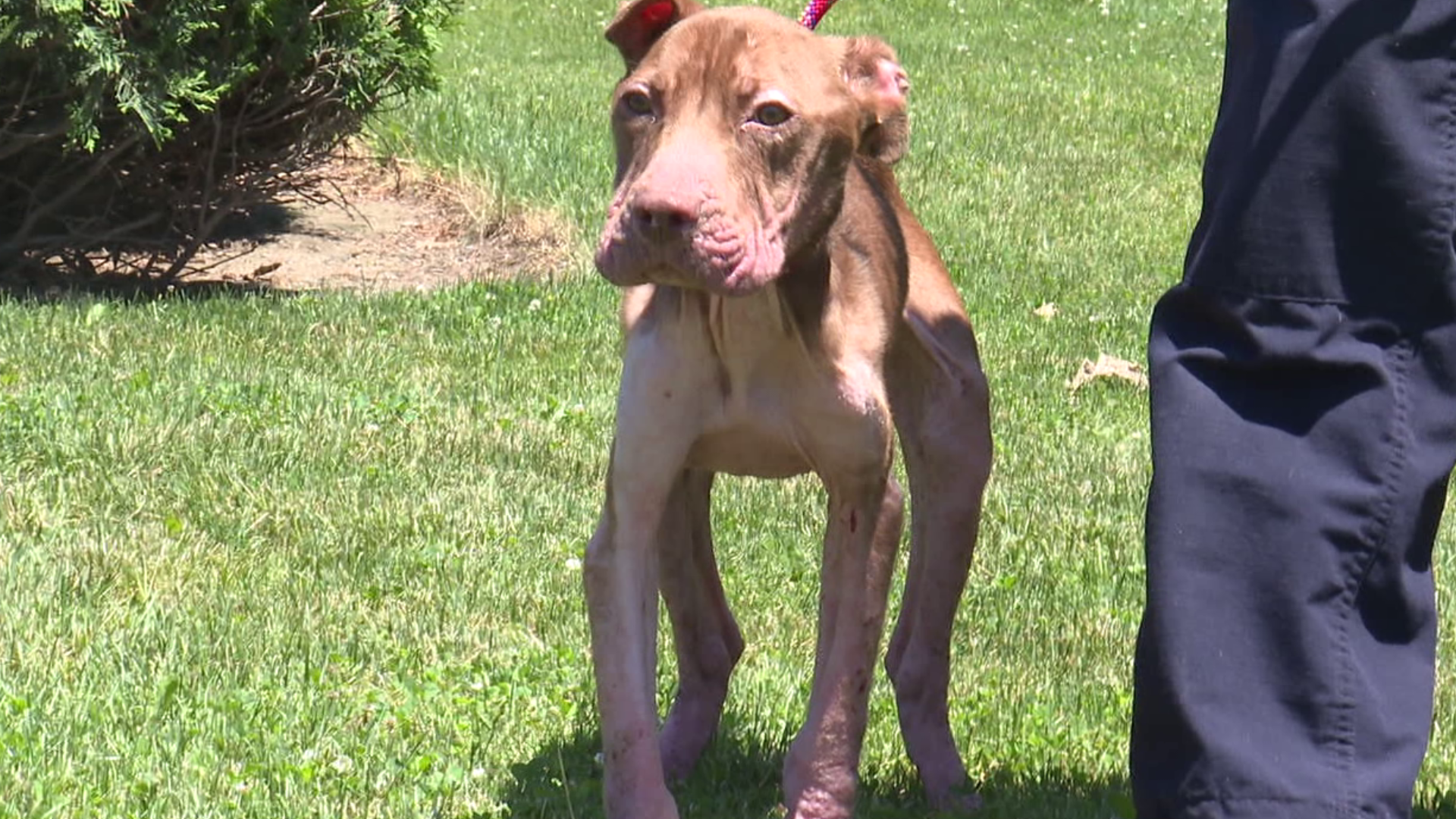 PITTSTON, Pa. — A dog who was abandoned in Pittston could be the newest recruit to the city police department.

The eight month old Pit Bull mix has been named Nova. She is now in the care of the SPCA of Luzerne County.

She was found along Davis Alley in Pittston on Tuesday with a tent, some food and water.

Now, if her training goes well, officers would like to hire her as a service dog  who helps other victims of abuse.

"I think Nova would be excellent at that because who else better to help the victim of a trauma, other than someone who has actually been there themselves," Pittston City Police Department Chief Neil Murphy said.

Nova is just 21 pounds, half the weight a healthy dog her age should be.

"Another day and she would not have made it. This is a really bad case of neglect and emaciation. This is a felony case," Humane Society Officer Vickie VanGorder said.

Police officers know Nova will have a long road to recovery before she's ready to join the force, but they are willing to wait and see.

"We have to make sure that she's a good fit to be a service dog. Have a trainer look at her and see if it's a good fit for her... Making her a part of the department is definitely what we want. Who better to protect her than us and two big brother German Shepherds," Chief Murphy said.

Police are now looking for any surveillance video neighbors might have.

Donald Tompkins lives on the street where Nova was found.

"Terrible. I mean, I have two dogs of my own and they have always been loved and taken care of. I don't know how someone could do that," Tompkins said.

There is a $2,000 reward for anyone who has information that leads police to an arrest. Tips can be made anonymously.