Leading up to game day, coaches and athletic directors will have to work together to stay under Gov. Tom Wolf's restriction of 250 people maximum at games. 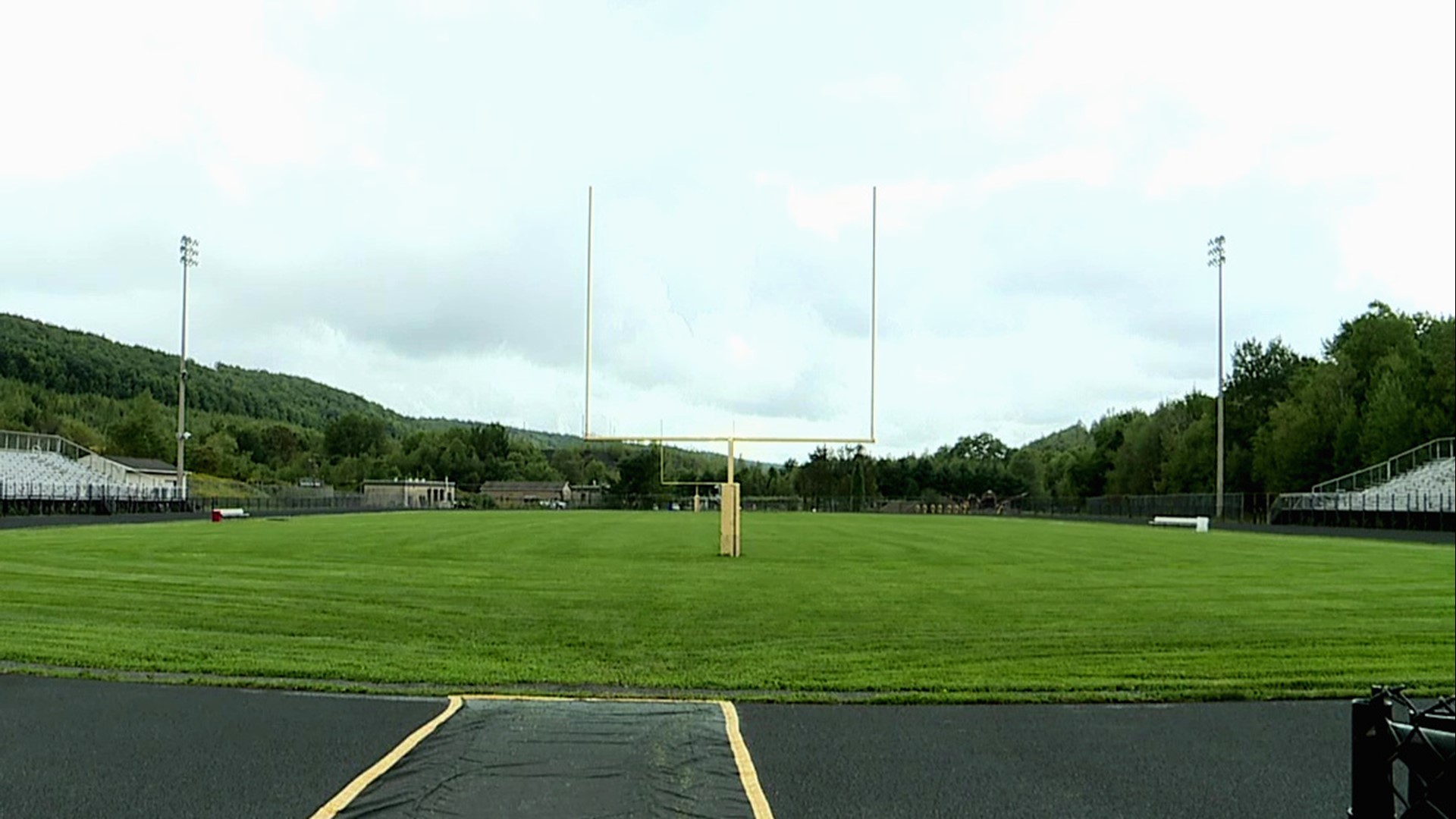 The football field at Mahanoy Area is ready for game day as the team gears up to play against North Schuylkill.

But the games this year will look a lot different.

Now leading up to game day, coaches and athletic directors will have to work together to ensure they stay under Gov. Tom Wolf's restriction of 250 people maximum at sporting events.

Luckily for Mahanoy Area, their number falls around 125 for players, coaches, refs, band, and cheer members.

If the opposing team brings the 65 people that they are allotted, that brings their total number to 190.

"We have about 60 tickets to play around with. What we decided to do is we have enough tickets available that we can give every senior two. That puts us very close to our 250 number," said Eric Moucheron, Mahanoy Area athletic director.

But if the game took place at the North Schuylkill football field, fans would not be allowed to be at any of the games, because the total number of players, coaches, and other participants North Schuylkill has for game day adds up to just under 200, and that's not including the away team.

"Every athletic director sympathizes with parents. We get it. We know they want to be there, especially with football and soccer, you're dealing with contact sports, where there is the likelihood of an injury," said Jim Gross, North Schuylkill athletic director.

The student-athletes and students involved are the league's main concern.

"Get them back to some kind of normalcy, get them out performing, practicing, playing, doing what they do best. They've put in a lot of time over the last couple of months so that they get to this point, so we want to let them showcase their skills," said Moucheron.

Both teams will hit the field Friday night for the first game of the season, and both athletic directors hope parents and fans will follow the guidelines put in place.

"We just can't have spectators lingering around, gathering in groups so we're just urging everyone to cooperate with our wishes until something changes," said Gross.

If you are interested in watching games at home, all of Mahanoy Area's home football games will be live-streamed on the Mahanoy Area athletics Facebook page.