Firefighters in Luzerne County train for the worst

Firefighters from Luzerne and Wyoming Counties gathered Sunday to train for the worst-case scenario. The invaluable training was all thanks to a generous neighbor. 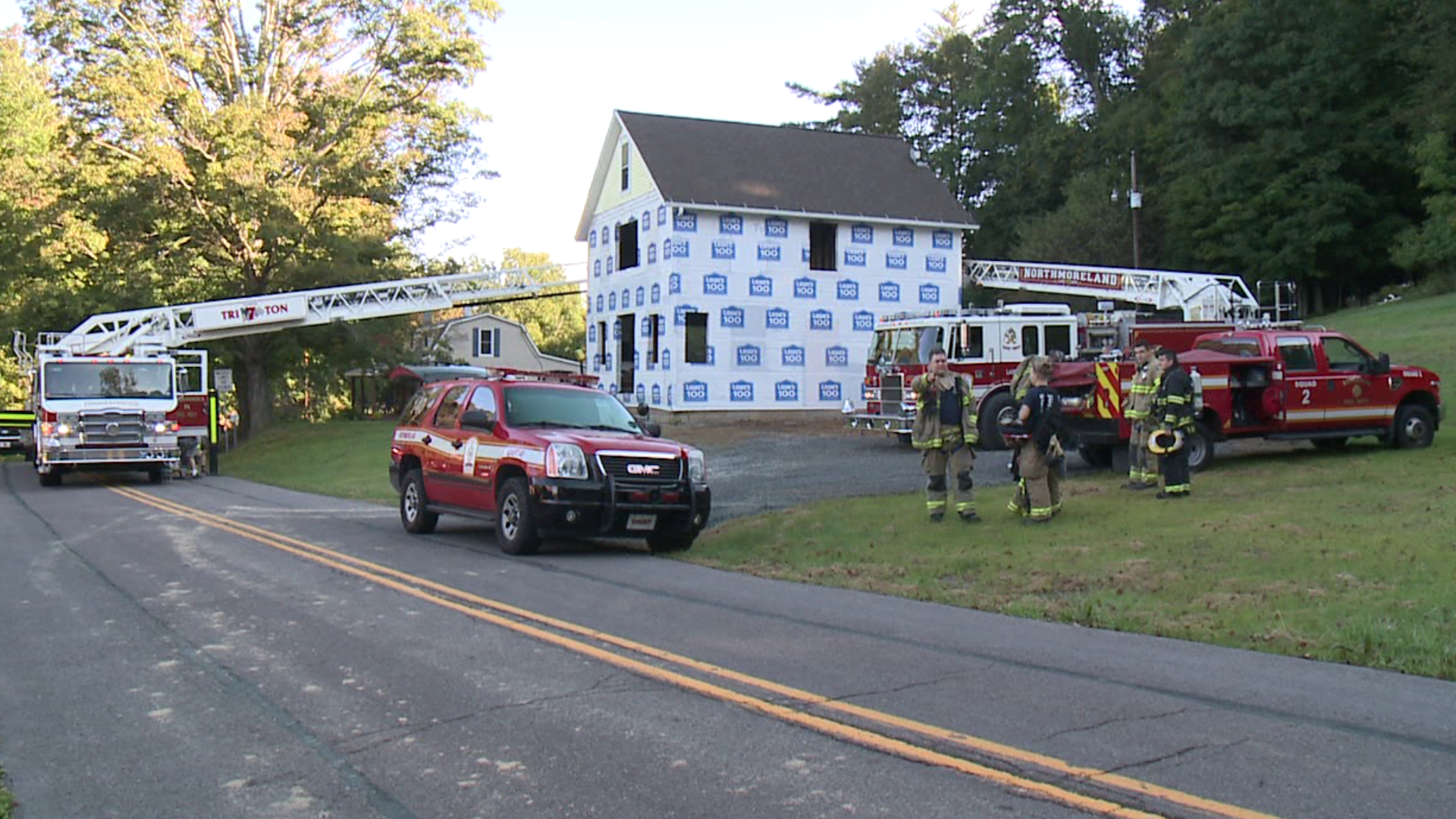 DALLAS, Pa. — This isn't as scary as it looks - firefighters are doing a run-through of something they never hope actually happens.

"They will be so involved in this, it will be as real as you can get," said Ron Richards with Task Force One Inc.

Firefighters from Wilkes-Barre, Kingston, Tunkhannock, and Northmoreland Township took part in the training that will help prepare them for if a firefighter is ever injured battling a fire.

This training outside of Dallas was planned months ago but made all the more impactful following a firefighter death in Maryland last month.

"Our role is to protect our own, to protect civilians, and life and property. But, when the firemen go on the scene, there is no backup. We have to provide our own backup and our own safeguards. That's what this Rapid Intervention Team training is comprised of," said Chief Chuck Story with Northmoreland Fire Company.

It wouldn't have been possible without a generous neighbor who agreed to stop renovations on this 100-year-old home in Franklin Township to give firefighters a place to train.

The chiefs say this building is much better than a training facility. It better reflects the homes firefighters here go into any time there's a fire.

"Realism is the key. The more realistic the operation is, the better chance we have of advancing our skills to rescue a trapped fireman," said Chief Story.

"It's a very, very low-frequency event, but if you don't practice it when it happens, it's the first thing you ever doing it. That's not what we want. The training that we're doing today, guys and gals will be able to pull it down from the cloud and say, 'I remember that, we practiced that, and this is how we got to do it,'" said Richards.