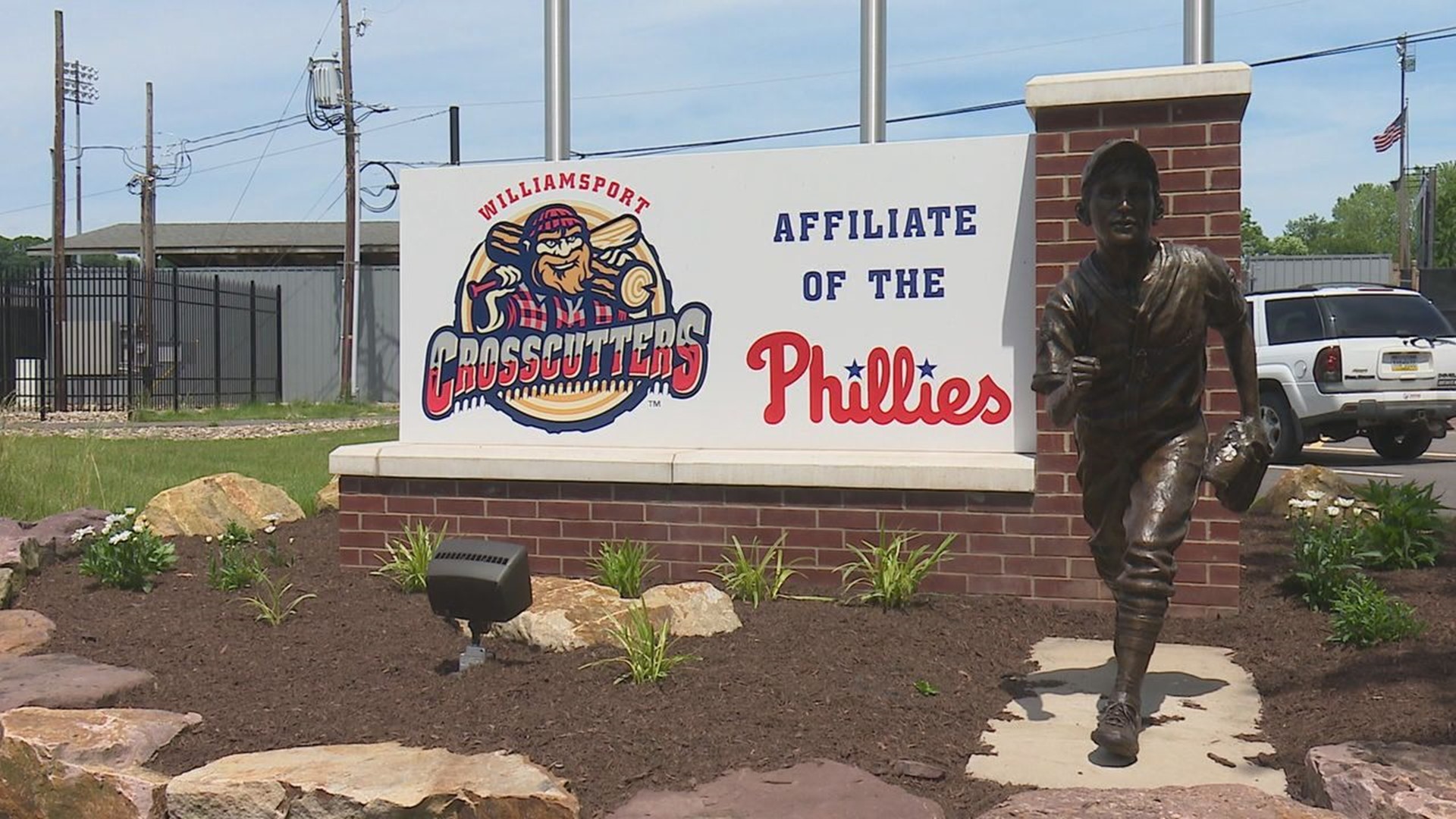 WILLIAMSPORT, Pa. — "Today, the Williamsport Crosscutters are proud to announce that we will be continuing our affiliation with Major League Baseball as part of the new MLB Draft League," Williamsport Vice President of Marketing and Public Relations Gabe Sinicropi announced.

And just like that, a new era of Williamsport Crosscutters baseball is here. With the New York-Penn League history, the Cutters are now part of the MLB Draft League – a 68-game season played by top, draft-eligible prospects. So they may not be a Phillies affiliate anymore, but most importantly…

A win, and a huge sigh of relief.

RELATED: No baseball for Crosscutters

"Knowing our path forward, though I really had faith that we’d have a good path forward, waiting for it was not fun and not easy," Sinicropi said. "Now that we know what our path is, it does make it a lot easier to sleep at night, no doubt."

"It obviously has some changes and some challenges, but those are actually really positive," Williamsport Crosscutters Vice President and General Manager Doug Estes said. "We’ve been here a long time. When those new things happen, it makes it a much more fun experience. A challenge is always fun and having this as a new venture, so to speak makes it a little bit more enjoyable going forward."