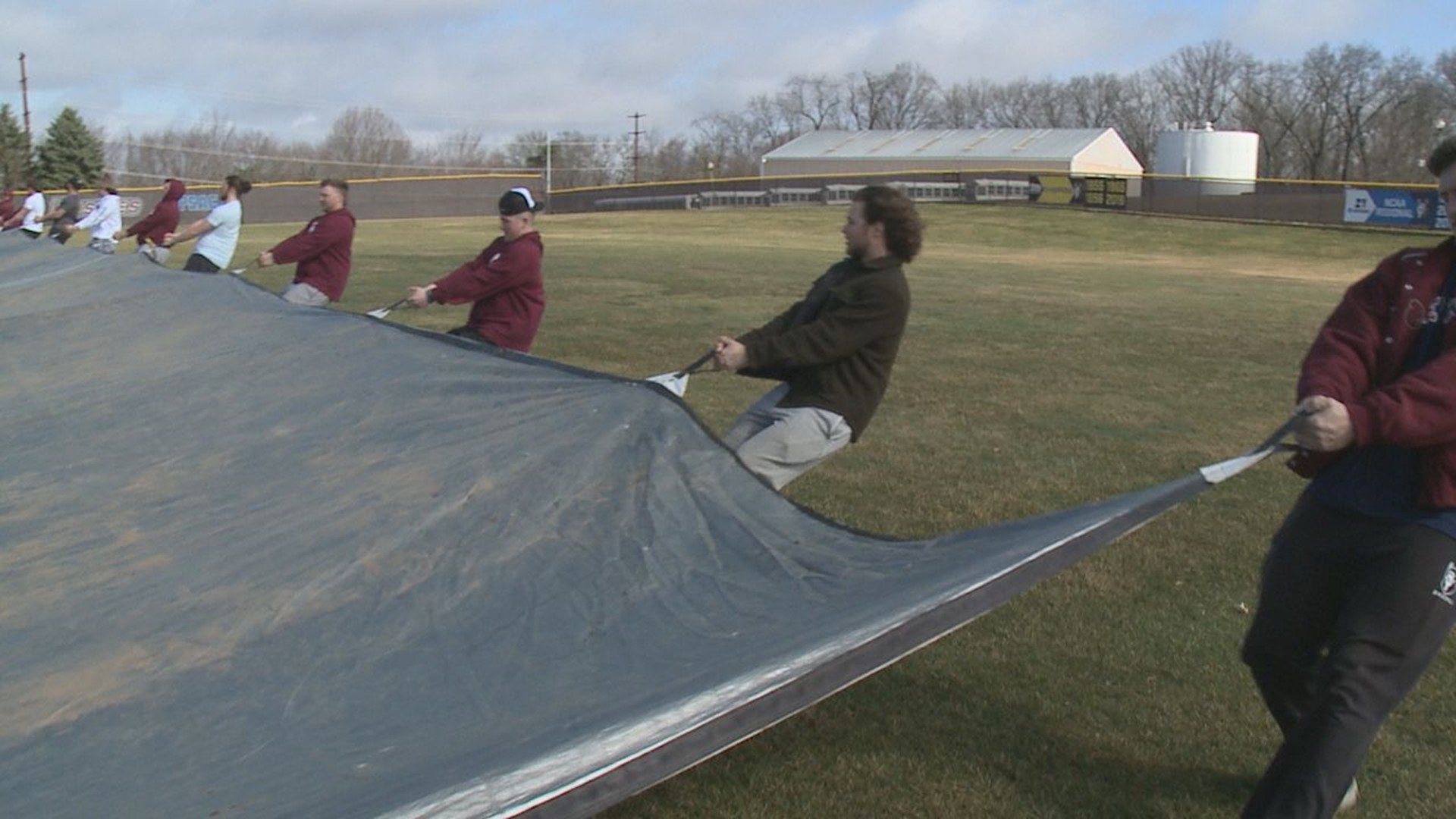 BLOOMSBURG, Pa. — The wrestling room on the campus of Bloomsburg University sits empty. One day after the NCAA canceled the Division I National Wrestling Championships in Minneapolis. Several Husky wrestlers would of continued training here before heading to Minnesota but because of the evolving COVID-19 public health threat in the US Alex Carida and Trevor Allard won't get their shot to wrestle on a national stage.

"We all understand why it has to be done, but we wish that we all could have that opportunity.

We have been dreaming of it since we're little kids so. We just wish that we could of had that opportunity," said Trevor.

"It does hit me pretty hard. It's just sad. It feels like something was just pulled away from me and for the other athletes as well. There's no other feeling that feels like this. We worked so hard during the year," said Alex

And Friday morning the PSAC Board of Directors voted to suspend all spring sports indefinitely. That affected Mike Collins and his Huskies baseball team.

"We just met with the guys it was an extremely difficult emotional meeting. We have a terrific group and we're off to a great start and we have a group of impact seniors, so to say goodbye to them at this point was pretty tough," said Mike Collins

"We're definitely hopeful and wishing for the best but at the same time you see on the news that the College World Series has ended and the MLB is suspended for now but at the moment we are keeping all possibilities open but also we are not looking too far ahead with things," said Kyle Ofier.

Ofier tries to round up some friends back in Pittston for some spring baseball pick up games. Steve Lloyd Newswatch 16 sports reporting from Columbia County.