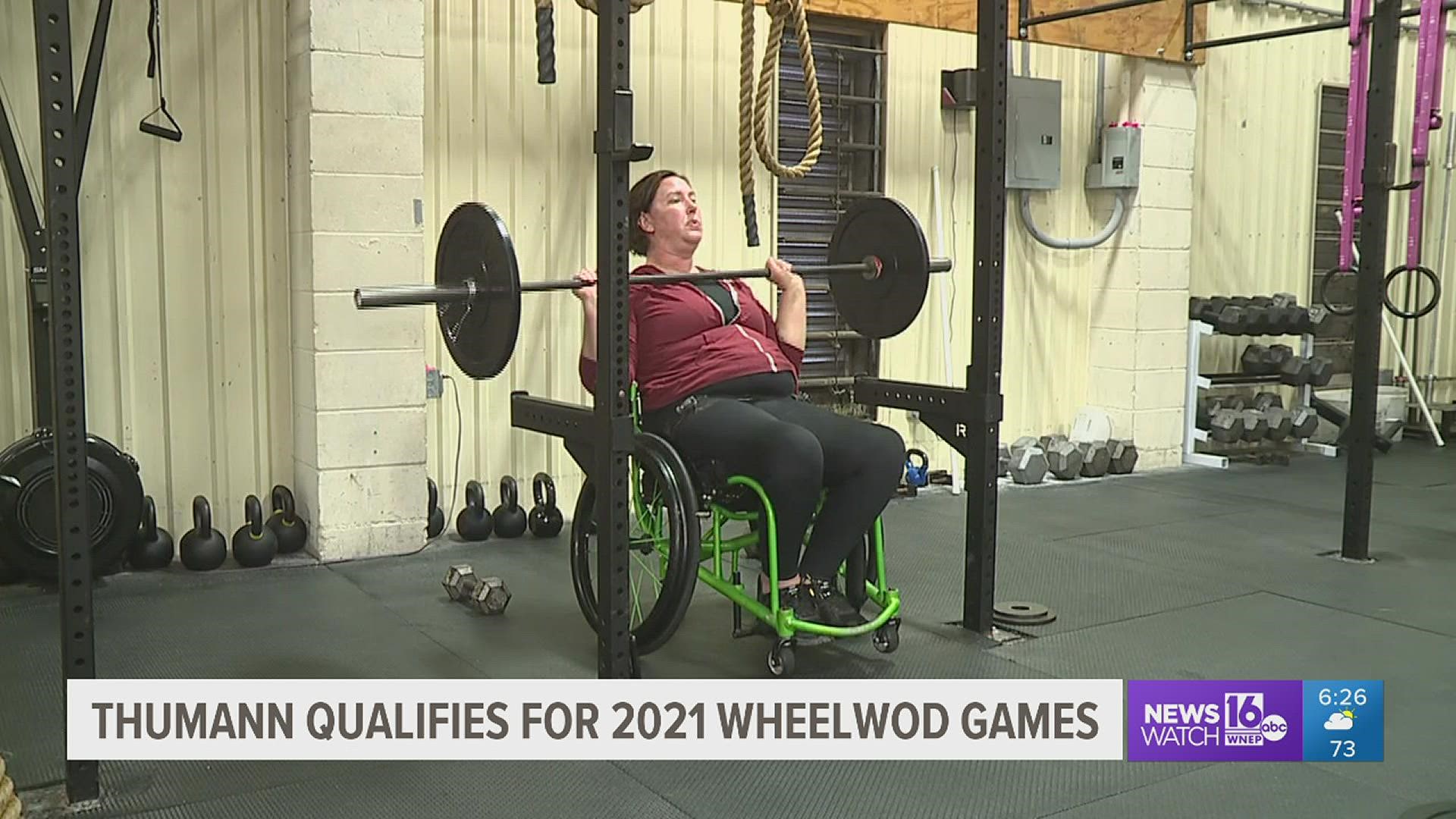 HONESDALE, Pa. — When she’s in the CrossFit gym, Liz Thumann let’s nothing stop her… Nothing.

"I was on my way to work and got rear-ended by a guy going 90 to 100," Thumann explained. "Shattered my T3 vertebrae. I woke up in the hospital. Life changes like that.”

For Thumann, life changed in 2005. She’s been paralyzed from the chest down ever since. Ten years later and now living in Damascus in Wayne County, her doctors said she needed to build more muscle tone. So, she contacted Ellie Provenzano and Ashley Liptak at what’s now CrossFit Honesdale.

"I was like ‘they are not going to know what to do with me,’" Thumann said. "I finally sent this very long Facebook message and I was like ‘I’m really interested in CrossFit. This is what I am. I’m a paraplegic. This is what that means' and I got an amazing response back.”

A response that started a journey. In the six years since, she trained to be stronger than she’s ever been, and she’s about to showcase that strength the world.

RELATED: Crossfit for a Cause

Thanks to Thumann’s blood, sweat and tears here at CrossFit Honesdale, she’s qualified for the WheelWOD Games, the adaptive athlete version of the CrossFit Games. What started as part of her physical therapy routine has brought her to the biggest competition in the country for adaptive athletes.

”Especially with this injury, your body can kind of feel like a prison and you kind of focus on what you can’t do and I get to focus so much more on what I’m capable of," she said.

Which is more than she ever thought possible, proving there’s more than one way to put the strength in strength training.

”It’s really been consistently doing the impossible," Adam Thumann, Liz's husband, said. "So I don’t know really how to put that into words. She doesn’t view herself as any type of inspirational focus, but I would tend to disagree.”

”There is an amazing saying in CrossFit that CrossFit is not for everyone, but it is for anyone," Thumann said. "I think if you were unaware that you can lift a barbell from a wheelchair, try it because you have no idea what you’re capable of.”

The 2021 WheelWOD Games are in Raleigh, North Carolina next month.