Paddy Grady will once again be the Scranton Prep starting quarterback 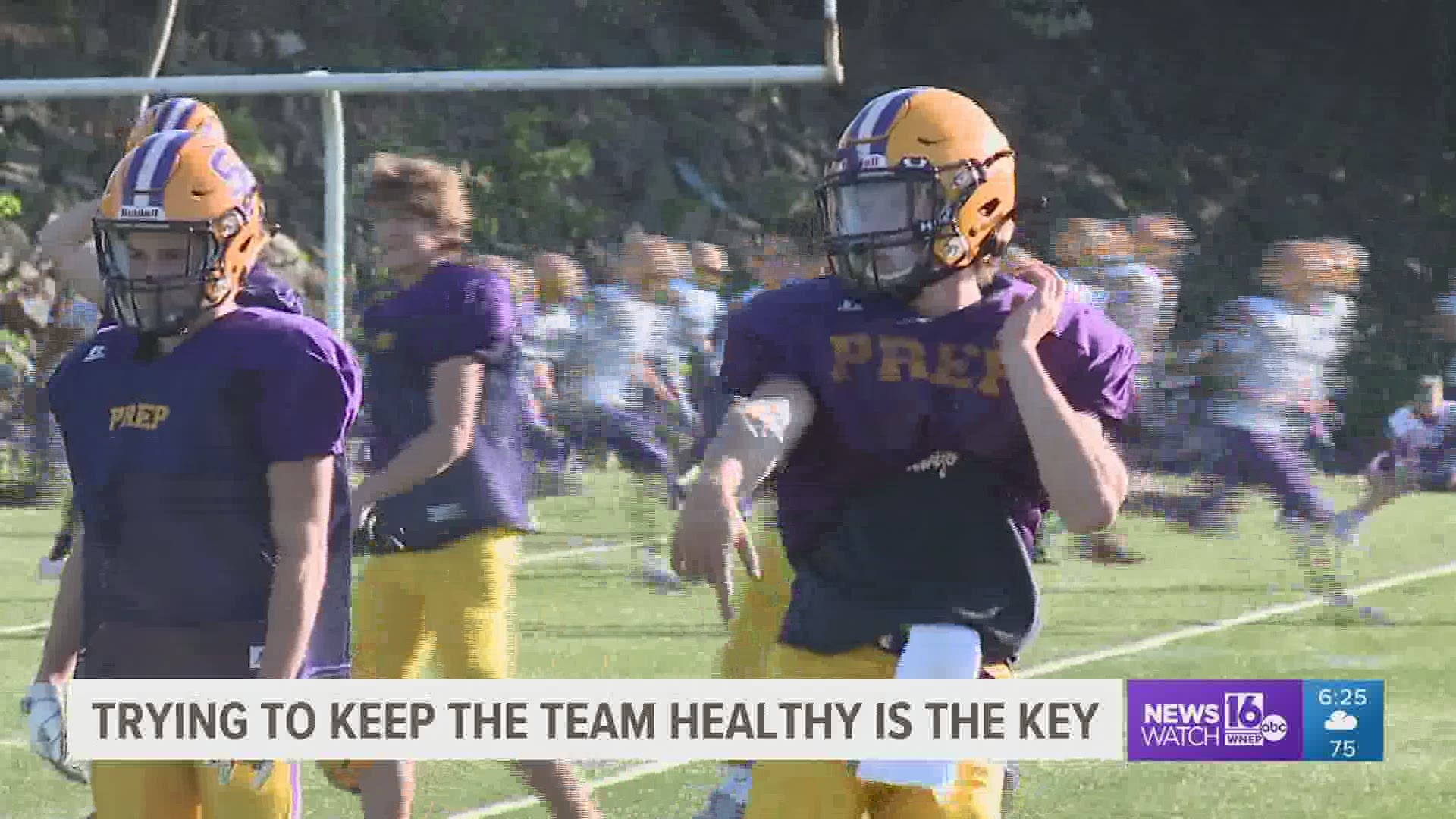 SCRANTON, Pa. — After replacing Leo O'Boyle at quarterback last year Paddy Grady took hold of the Cavaliers offense. Grady is back for another season sharper, smarter and ready for his senior year.

"Playing Wyoming Area gave us a lot of experience especially all the younger guys. Like all of the sophomores they got in a lot and that was a great football team we played, and I think it is going to help us this year a lot just getting out here mentally and physically," said Paddy.

"But he has done a great job. He has done everything that we have asked him to do. He is a leader. He is calm under pressure. I think that he has a good grasp of the offense and we are just trying to push him as hard as we can," said Terry.

Scranton Prep's four year run as district champs ended last year in the district championship game with a loss to Wyoming Area. The Warriors went onto win the "AAA" state title. Coach Gallagher he went back to work looking at film to get better this season.

Grady has the skill guys around him 6'3" Robert Rossi at wideout along with Max Mulligan, Christina Graniel, Jack Clancy and Vito Gianello.

"We are just working hard everyday. We still have guys back on the skill team, so it's kind of just the same as last year but we just keep getting better," said Robert.

"It's tough. It's definitely not the same with what we usually have. We haven't been getting a lot of time on the field but we are in the same boat as everyone else, but we are doing our best to stay safe and do it under the right conditions," again said Paddy.

Keeping guys healthy is the key for Prep's success. If sophomore running back London Montgomery can fill Tucker Johnson's shoes then the Cavaliers offense is balanced with the run and the pass.