The Scranton Prep Cavaliers have found state-wide success the past few years, until running into Middletown. Quarterback Leo O’Boyle is gone. Junior Paddy... 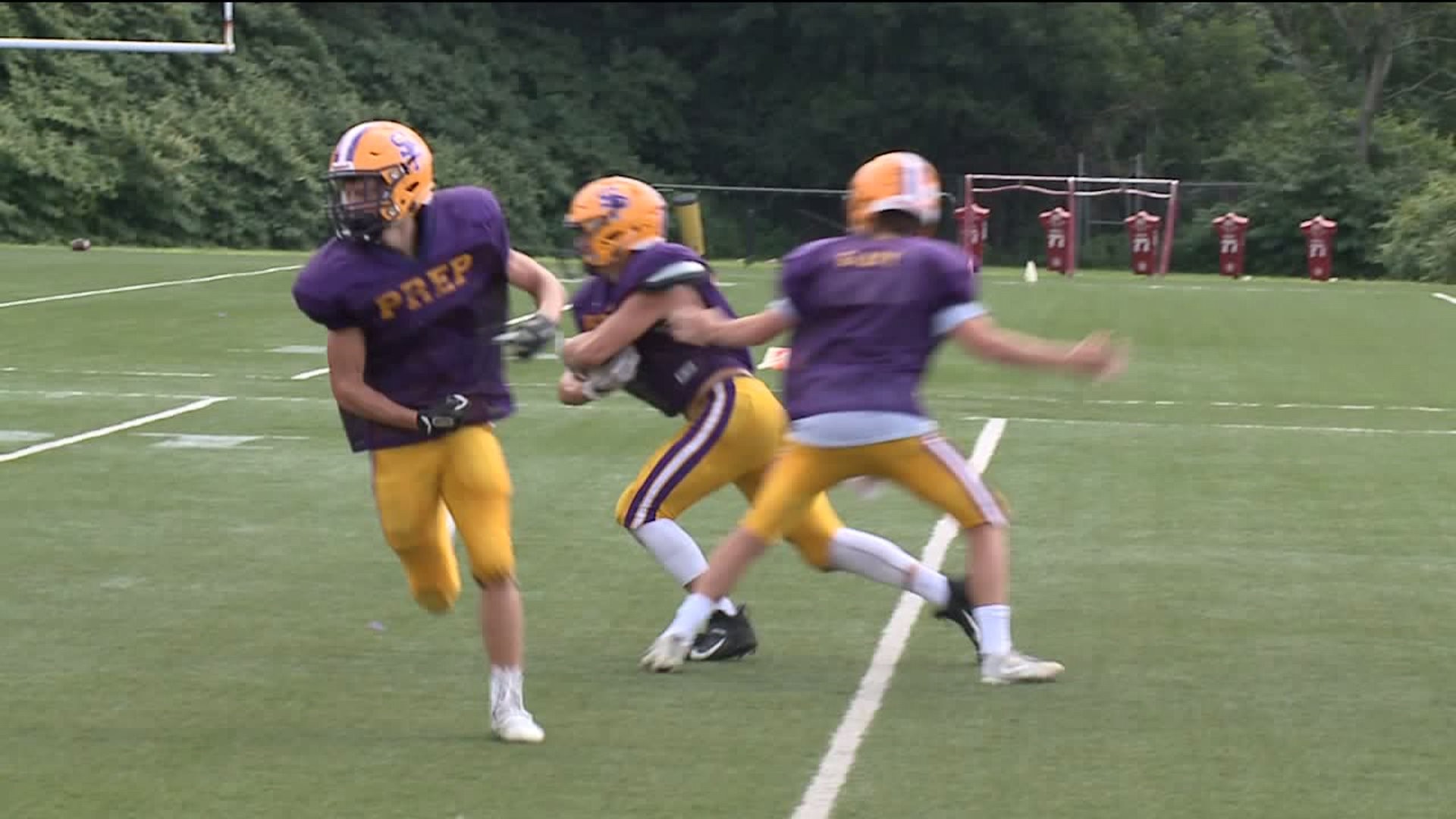 The Scranton Prep Cavaliers have found state-wide success the past few years, until running into Middletown. Quarterback Leo O'Boyle is gone. Junior Paddy Grady will step in to that role, but this team's success starts with running back Tucker Johnson, who's getting some high praise from his head coach, Terry Gallagher.

"Tucker (Johnson)'s one of the best football players to ever play at this school," Gallagher said. "I think that's a fair assessment if anybody's seen him play. He's a tough kid. Hard-nosed. Super intelligent. He's just a nasty kid on the football field. He's a great kid. I think everybody here has respect for him. I think guys that have played in the past have respect for him. We have a lot of expectations this year. We're expecting that he's going to lead the way, him and Carter (Odell) and (Brendan) Colleran and (Jake) Aebli and couple of those guys, the senior class, Joey Cholish, and stuff like that. Those guys are going to be the guys to get the way."

"Leo O'Boyle was great," Scranton Prep junior quarterback Paddy Grady said on replacing O'Boyle. "Coming after him was so hard, especially because how tall he was, the size difference. I'm just going to come out here and do my best."

"I feel like we can be very explosive with our skill guys and our big guys up front," Johnson added.