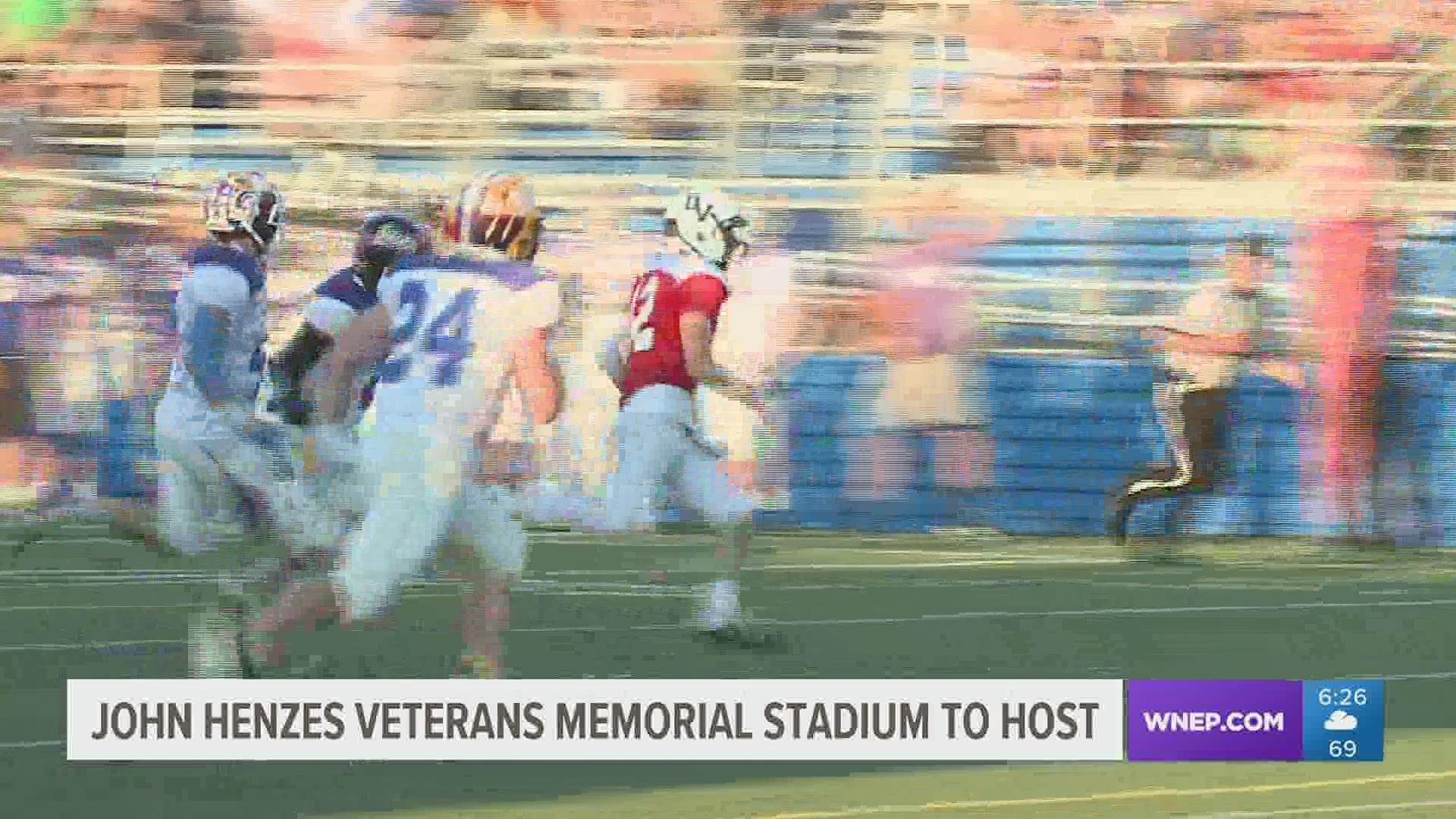 LACKAWANNA COUNTY, Pa. — The Scranton Lions Club Dream Game is on. July 23rd the best football players from the County and City face off for the 86th time in the longest running all-star game in the country. Scranton Prep head football coach Terry Gallagher will guide the City team.

"Really honored to be part of it. I know that our coaching staff is really excited and hopefully we get a chance too. I think whether we do or don't I think that the most important thing is that people are sate, but that these guys know and appreciate how much they have done for the football programs around the area and we are just trying to show them appreciation and celebrate them the best way that we can in kind of a strange time," said Terry.

Even though the County squad is loaded with talent and quarterback Janassah Boone from Valley View-Coach Gallagher thinks his City team is equally impressive.

"Obviously there is great talent all over the area. I like to think that our team is pretty good as well. I think that we have ourselves and Scranton High has some really good athletes. Lackawanna Trail has been one of the best programs around. There are five kids there too. Dunmore is always consistent, West, North Pocono, Wallenpaupack and then obviously some of the smaller schools too like Susquehanna and Montrose. I think that is a great opportunity for us as a staff and also as an area league to just celebrate the great accomplishments that these guys have done both on the football field and in the classroom," again said Terry.

The Dream Game and all it's fanfare has become the showcase event for seniors finishing out careers and a tune-up for the upcoming season.

"Getting a chance to be named to the Dream Game is a huge honor. You think about the players over  the years that have played in it and the people that our involved in it and are still involved in it and anybody that knows high-school football around this area I think has a great appreciation for it," added Terry.

John Henzes Veterans Memorial Stadium in Peckville is the host site once again and in 75 days we could see teams playing representing the City and the County. Steve Lloyd Newswatch 16 sports Lackawanna County.