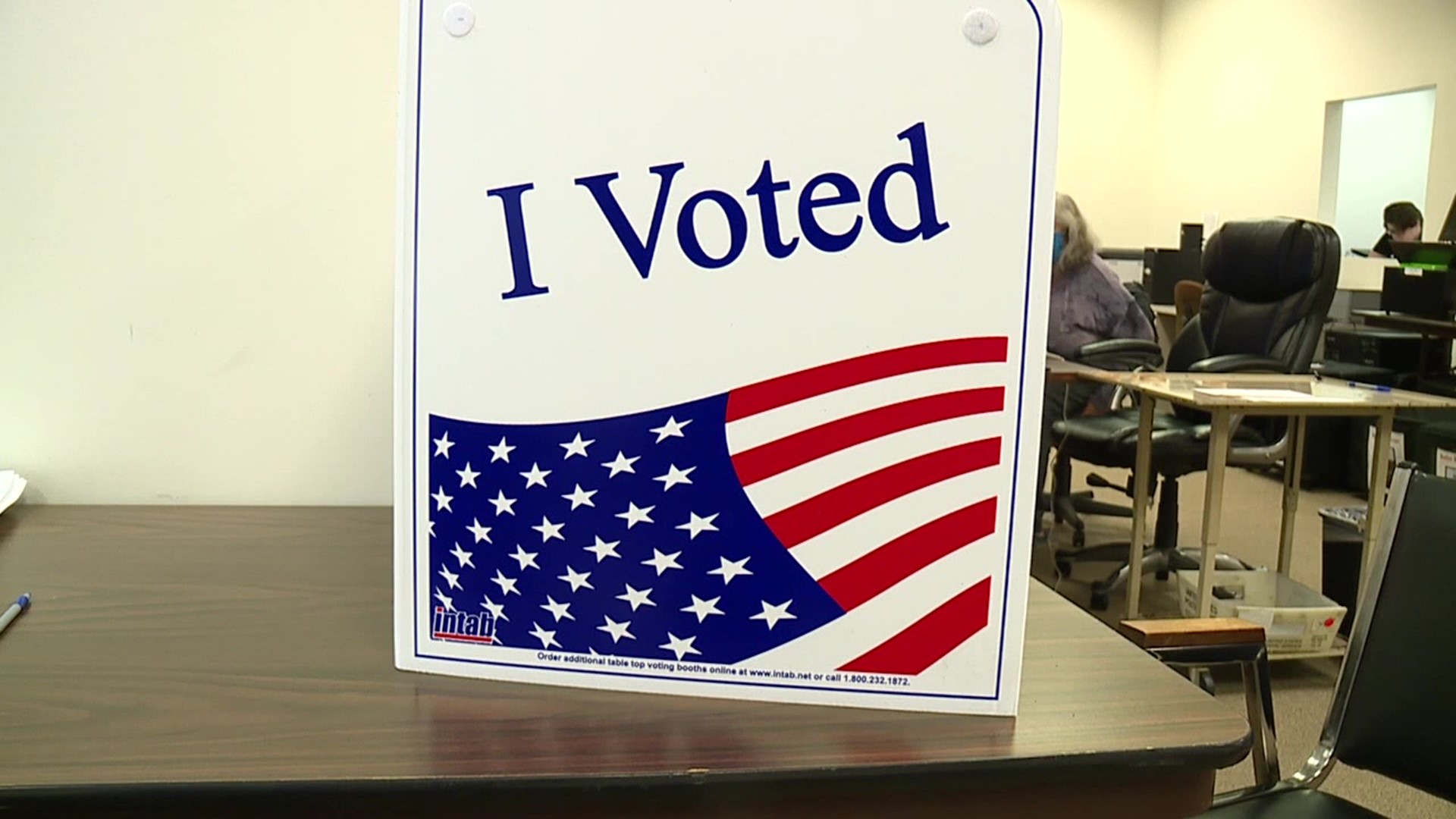 POTTSVILLE, Pa. — When the polls open at 7 a.m. in Pottsville, The Roundhouse building at the city's housing authority will be just one of many places people will be casting an in-person vote.

Down the street, the Schuylkill County Human Services building on North Centre will be another polling place.

The bureau's director explained what voters need to know and do when coming out to vote.

"We're asking that everybody please wear their mask and be patient with us if there is time and make sure they follow the instructions that they have with regards to doing the voting in person,” said Director Albert Gricoski.

Gricoski says even though many people opted to mail in their votes.

He says in-person voters should expect to see plenty of people at polling locations.

"I'm anticipating that we're going to have quite a busy day tomorrow,” said Gricoski. "People are very interested in this election.”

Mike Maley lives in Pottsville and is planning to vote in person; he is also expecting a big turnout at the polls.

"I know even with the mail-in ballots, I heard more people discuss that they're going to vote and get out and express their right to vote this year,” said Maley.

David Skripko lives just outside Pottsville and says he's heard the exact opposite about voter turnout.

"What I'm hearing is that with the early voting, write-in votes, it won't be as bad. And the older people are doing a lot of mailing in,” said Skripko.

Pennsylvania's secretaries of State and Health say for voters who cannot make it to a polling place due to a COVID quarantine for other reasons should contact their county board of elections.

Gricoski says those voters can request an emergency absentee ballot then get a person authorized to take that ballot to the polls for them.

"But you have to explain what the reason is and what had happened,” added Gricoski.

To find out more information about election day in Pennsylvania, click here.