Ed Sirianni is doing everything to extend the streak, but the Big Ten isn't allowing fans 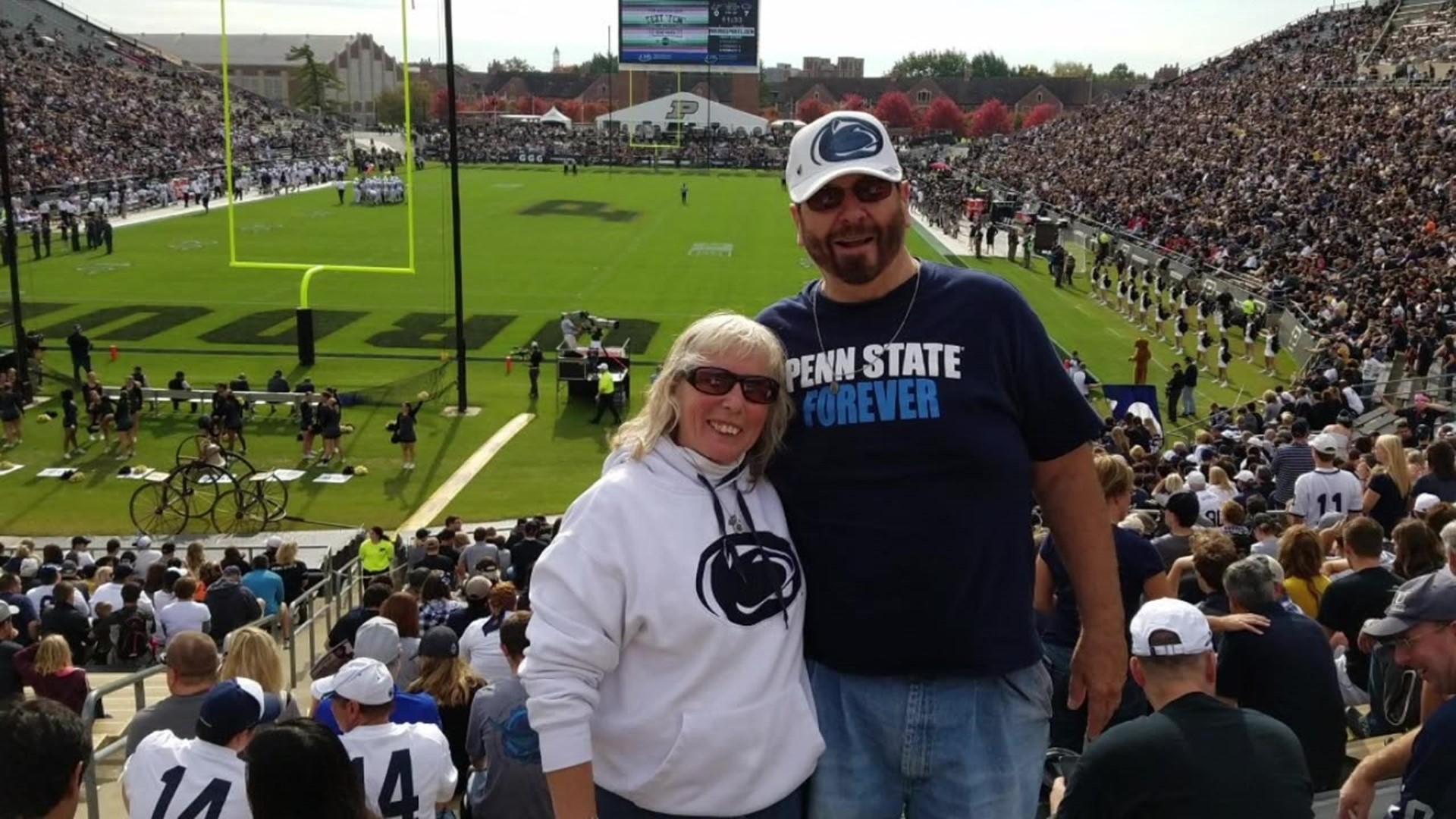 SCHUYLKILL HAVEN, Pa. — Penn State fans are known for being some of the most passionate in all of college football. "Nittany Nation" spreads nationwide, but you might be hard-pressed to find a more dedicated fan than Ed Sirianni of Schuylkill Haven.

"No matter what the weather, no matter what my health might be, I just have to be there," Sirianni said. "I have to cheer them, win, lose, or draw. It's just been a part of me for most of my life."

There are lots of superfans who feel that way, but very few, if any, can say this: Since 1978, Sirianni has been to every single Penn State game, and not just games in Happy Valley. He even hits the road every time Penn State travels. That's a whopping 467 straight games that Sirianni has been in attendance for all across America, even in Ireland.

"It's been quite a journey," he said.

That streak for Sirianni could be coming to an end this year, though. The Big Ten conference kicks off the season this weekend. Penn State will be playing in Indiana, but the conference isn't allowing any fans to attend games. So, he's trying everything to push that number to 468. He's reached out to university administration and even had a letter sent to Penn State head coach James Franklin.

"I don't have to attend the entire game," Sirianni said. "Just so I can be there for a moment. That would be sufficient until this pandemic can cease and desist."

At least one exception has been made across college football. There was one fan in attendance for the Southern Methodist and Tulane game last weekend. It was Paul Layne, who attended his 525 straight SMU game. Sirianni hopes his streak can live on in a similar fashion.