The members of the alternative rock band didn't initially have COVID restrictions for their show but put the restrictions in place late which caused mixed responses. 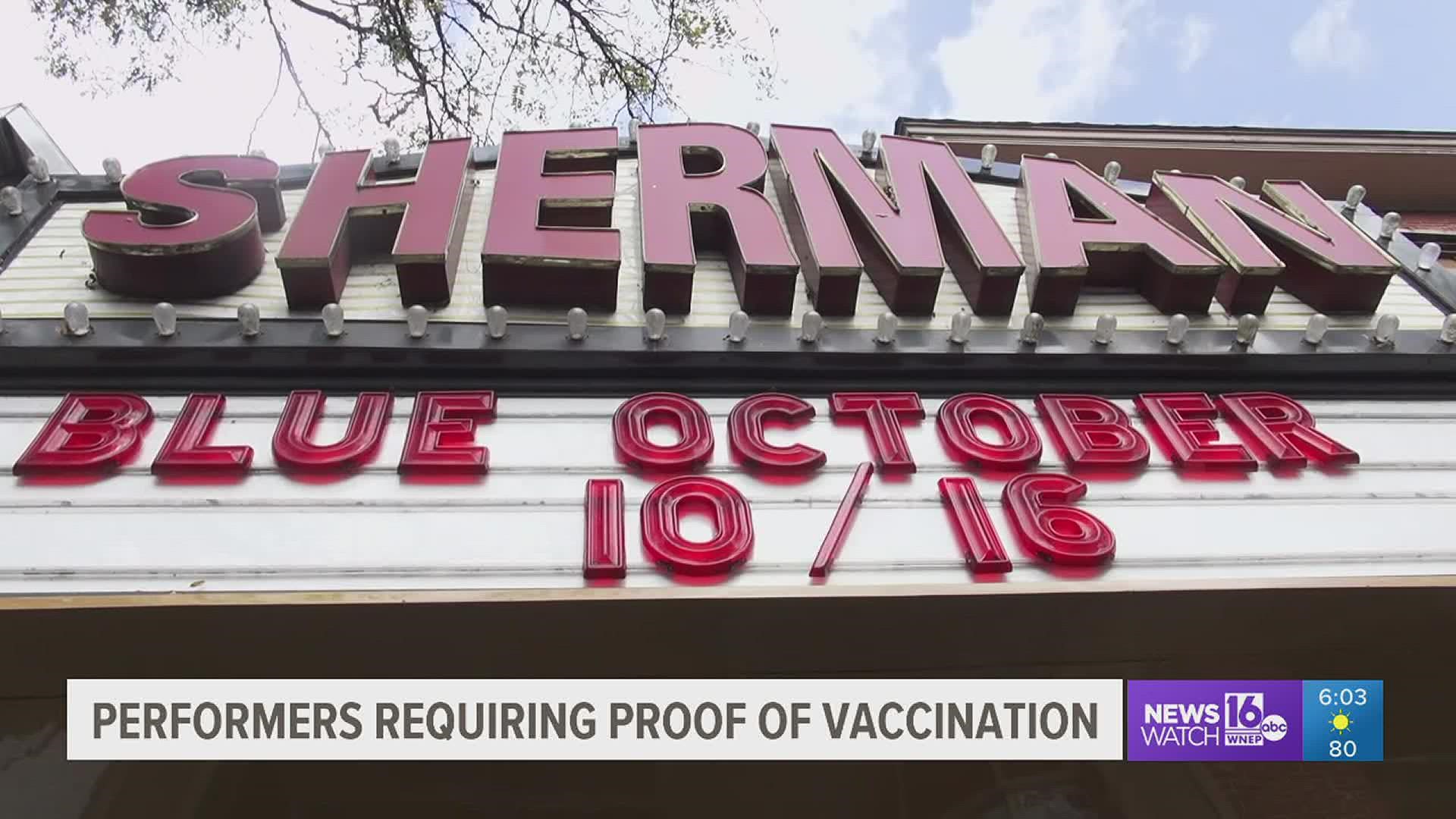 STROUDSBURG, Pa. — WIth vaccine cards in hand, Katie Smith and her two friends are going to see Blue October at the Sherman Theater this weekend.

"Especially at an indoor venue, I would rather be safe and know that everyone around me is. We haven't been doing a lot of things," I was always a concertgoer with a lot of things, it just stopped completely. I'm glad to go back and whatever it takes just to have things happening," said Katie Smith, Scranton.

The members of the alternative rock band didn't initially have COVID restrictions for their show at the Sherman Saturday night but put the restrictions in place later which of course had mixed responses.

"Now naturally people who didn't want to participate got refunds, other people bought tickets because of it," said Rich Berkowicz, Sherman Theatre.

The Sherman Theater is following state guidelines, so even though in the state of Pennsylvania, vaccination proof is not required at events like these, employees at the theatre say the headliners get the final say whether or not they want attendees to show vaccination proof.

"I think the important thing for everyone to remember is that venues are the middle people. We're just stuck in the middle of this. We try to stay out of the politics and the fighting of whether you should or shouldn't have it. At the end of the day, we're just trying to survive," said Berkowicz.

Smith says the Sherman is one of her favorite venues, but she knows not everyone is as supportive.

"I've seen that and that is how I got to the last concert because people were backing out, I was like 'oh my gosh.' So I know that not everybody sees it the way I do, but I'd rather go do fun things and be safe," said Smith.

The Yonder Mountain String Band will also require vaccination proof or a negative COVID test at the show at the Sherman on October 30.

RELATED: Will vaccination proof be required in Pennsylvania?