Once again, majority of voters in Luzerne County voted for Trump, but the margin is not as big as last time. 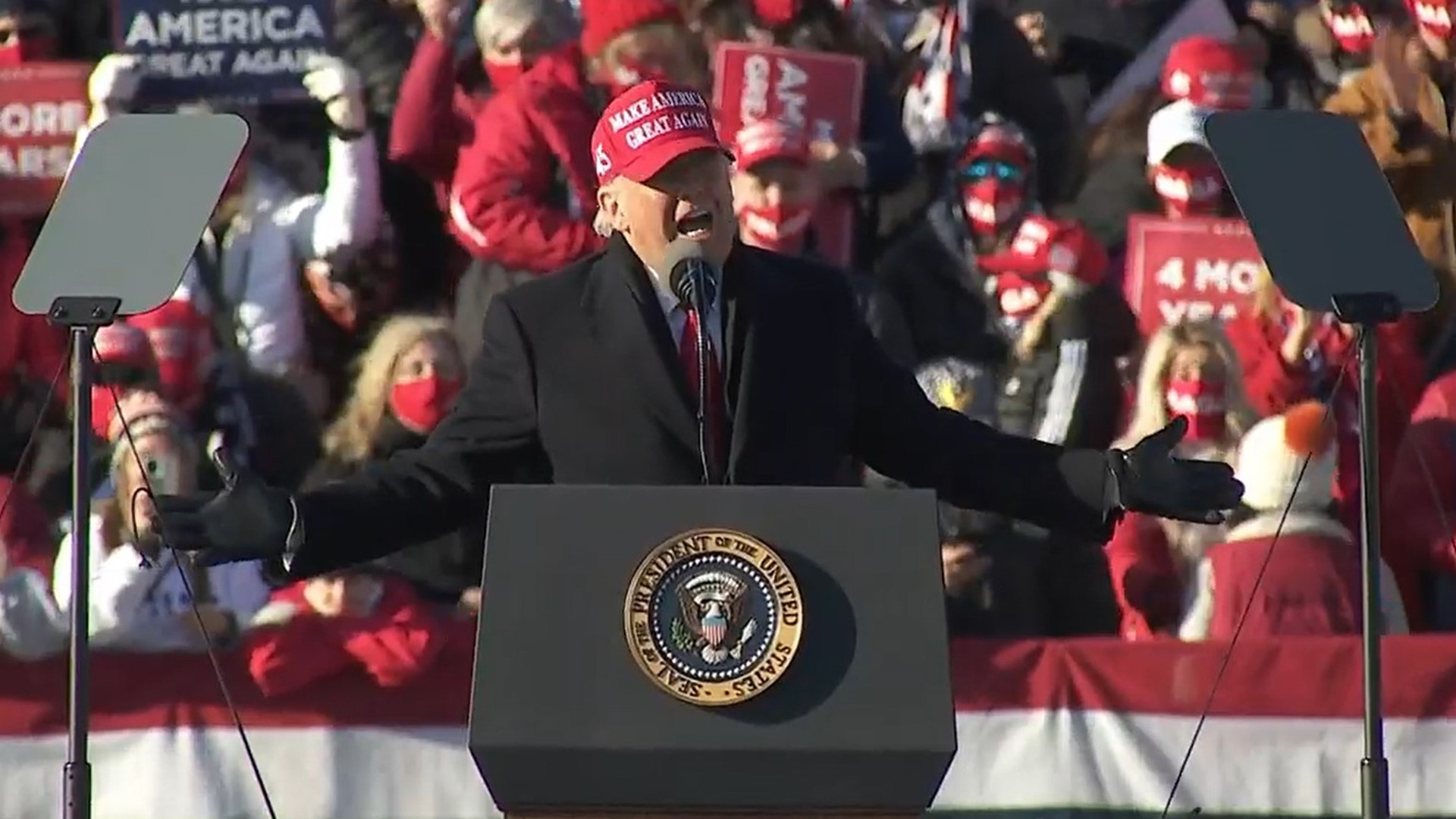 WILKES-BARRE, Pa. — With the exception of a few thousand votes, the results are for President are in, in Luzerne County, for President Donald Trump.

"No, I'm not surprised, nothing surprises me," said Gary Muchler of Wilkes-Barre.

"I think they've shown that Luzerne County is actually a red County," said Behrens. "People say, I heard a reporter say yesterday that it's a swing County. I disagree that this is a red County. Finally, there, the working class of Luzerne County finally has a party that's representing them and is actually representing the working class, and that's our republican party."

This year it was a little less, something Kathy Bozinski, The Democratic Party chair in the county, is happy with.

"In 2020 over Joe Biden, it's down to 21,666," explained Bozinski. "So by shaving off those 5000 votes, that's helped the statewide effort, and that's why the Democratic Party is really happy with what we've been done here on the ground."

More so, it's a county divided down the middle, especially when looking at the statewide races like attorney general.

"I was really examining that same how perfectly divided Luzerne County is at that point. Those row office elections really indicate that it's pretty much a 50/50, 51/49 depending upon that."

Those are positions that the Republican Party Chair says he'll be watching closely as between 2 to 3,000 more provisional ballots are counted as he thinks that could lead to change.

"I was extremely impressed to see the turnout that happened for our Auditor General, our attorney general, and the treasurer. To see the amount of numbers that came in and support for those three candidates from Luzerne County and across the state," Behrens added.

Mail-in ballots received after Election Day, but postmarked on November 3, as well as provisional ballots, are yet to be counted.

Luzerne County Manager David Pedri says that between 2 to 3,000 votes total; they will be counted and record Friday and Monday.