It's an end to an era as the three high schools in Luzerne County will combine into one in the fall. 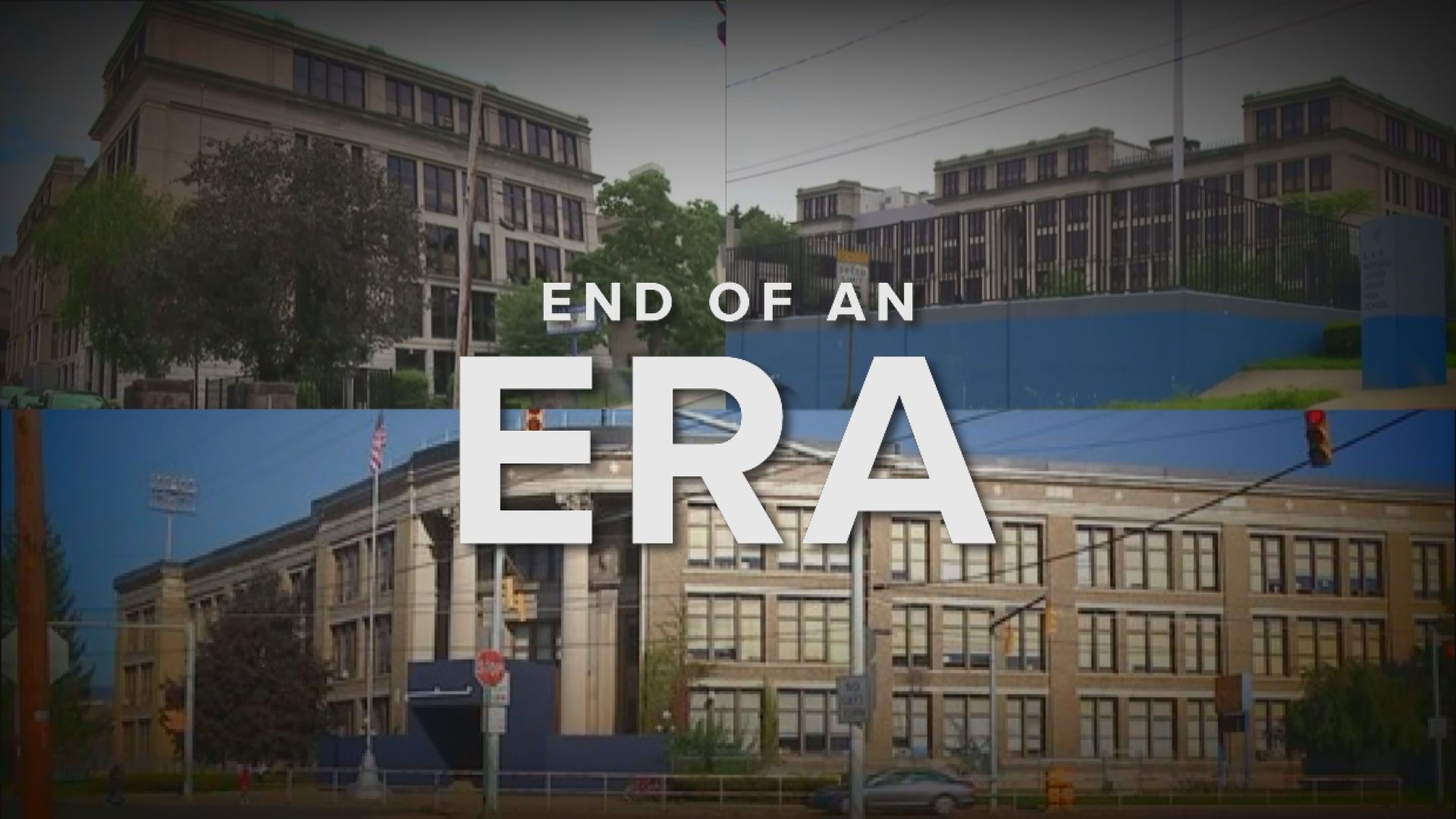 Teachers' supplies are packed and ready to be carted away to Wilkes-Barre Area High School. That's where Coughlin, G.A.R., and Meyers High Schools will merge into one school in the fall.

The final class of seniors will graduate from Coughlin on Thursday in the school's more than 100-year history.

"It's a day of mixed emotions tomorrow, definitely. There will be a lot of, I'm sure, shedding some tears," Principal Gabriel said.

Tom Nankivell is a social studies teacher at Coughlin; he's also an alum from the Class of '89.

"I haven't missed a graduation since I was hired here 17 years ago. It's bittersweet," Nankivell said.

People who went to G.A.R. High School are also having a tough time letting go.

Eric Leonard graduated in '81, and his daughter is a senior. She is the third generation in his family to become a G.A.R. alum.

"Being brought up with the neighborhood schools, we knew everybody. We hung around with everybody; we all lived in the same neighborhood," Leonard said. "It's just going to be a different atmosphere at the new school."

Meyers High School was built almost a century ago. Now, it's slated to become an assisted living facility.

"I'm very, very sad. I don't want to see it go. I was not for the new school, but I know change has to come, and the kids deserve a new school," Smallcomb said.

Students from G.A.R. and Meyers will have ceremonies at their respective schools.