For the final time! In a Wilkes-Barre Meyers uniform, and Wilkes-Barre Coughlin. Nazir Dunnell the Mohawk senior and Rafael McCoy the Crusader senior represente... 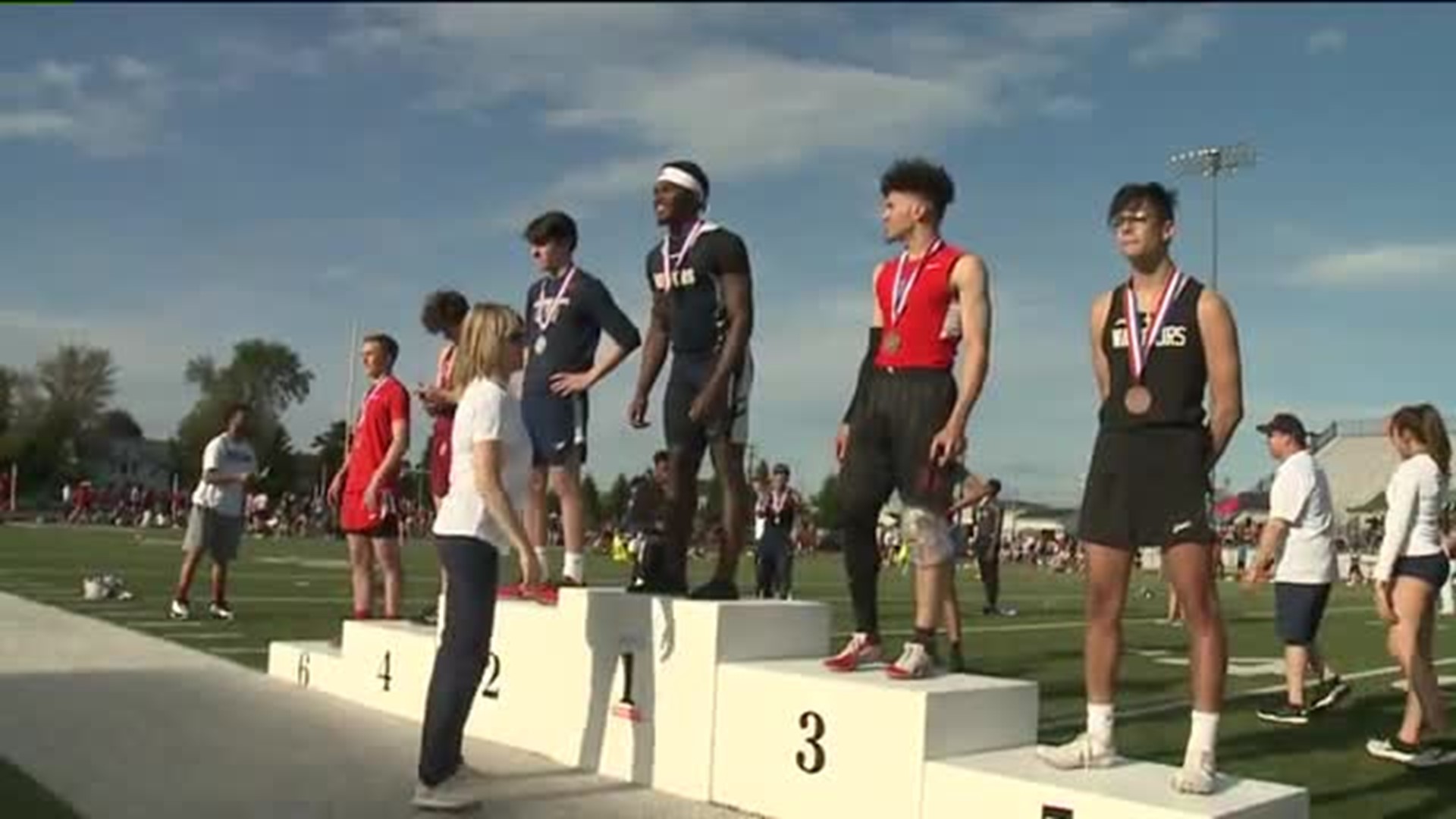 For the final time!

Nazir Dunnell the Mohawk senior and Rafael McCoy the Crusader senior represented their schools at the District II AAA Track and Field Championships. Dunnell winning the 110 high hurdles in 14.39 seconds, and McCoy motoring to a 10.8 in the 100 meter dash. Their programs will merge next season into the Wilkes-Barre Area Wolfpack after more than 50 years of state track success.

"It feels good especially considering since this is the last year of Meyers track so I am just happy to be able to bring a district gold medal back to the school before all the sports combine together," said Nazir.

"It means a lot. This is the last year. I love this school. I wouldn't want to be anywhere else ever like at all anywhere. So I am just glad I am able to do this for Coach McGrane one last time," said Rafael.

In the fall the Ismail brothers returned along with Greg Skrepenak from GAR. The winter season is was the final Meyers/GAR basketball game. Now Dunnell and McCoy wear their names on their jerseys for the final time.

"When someone says Meyers I guess 20 or 50 years from now what do you want to say about the program and the school and what's it like their running track? I just want to say that it is amazing and even when I had my injury people who previously ran for Meyers came and helped me get into places that I needed to go to get therapy. Just the people who went to Meyers come back and give back to the people who are there, and it's just amazing," again said Nazir.

No one can forget the 1980's and Qadry Ismail in the hurdles and his brother Raghib "Rocket" Ismail in the 100. Meyers greats etched in the record books forever in District II.

"I believe that the Meyers coach will be the Wolfpack coach. So it's going to be the same thing that is happening now next year just a bigger team," added Nazir.

Next week Coughlin and Meyers will be represented at the state meet at Shippensburg University. Steve Lloyd reporting for Newswatch 16 sports from Scranton.