President Joe Biden was in Scranton for a visit Wednesday, greeting some familiar faces in the process. 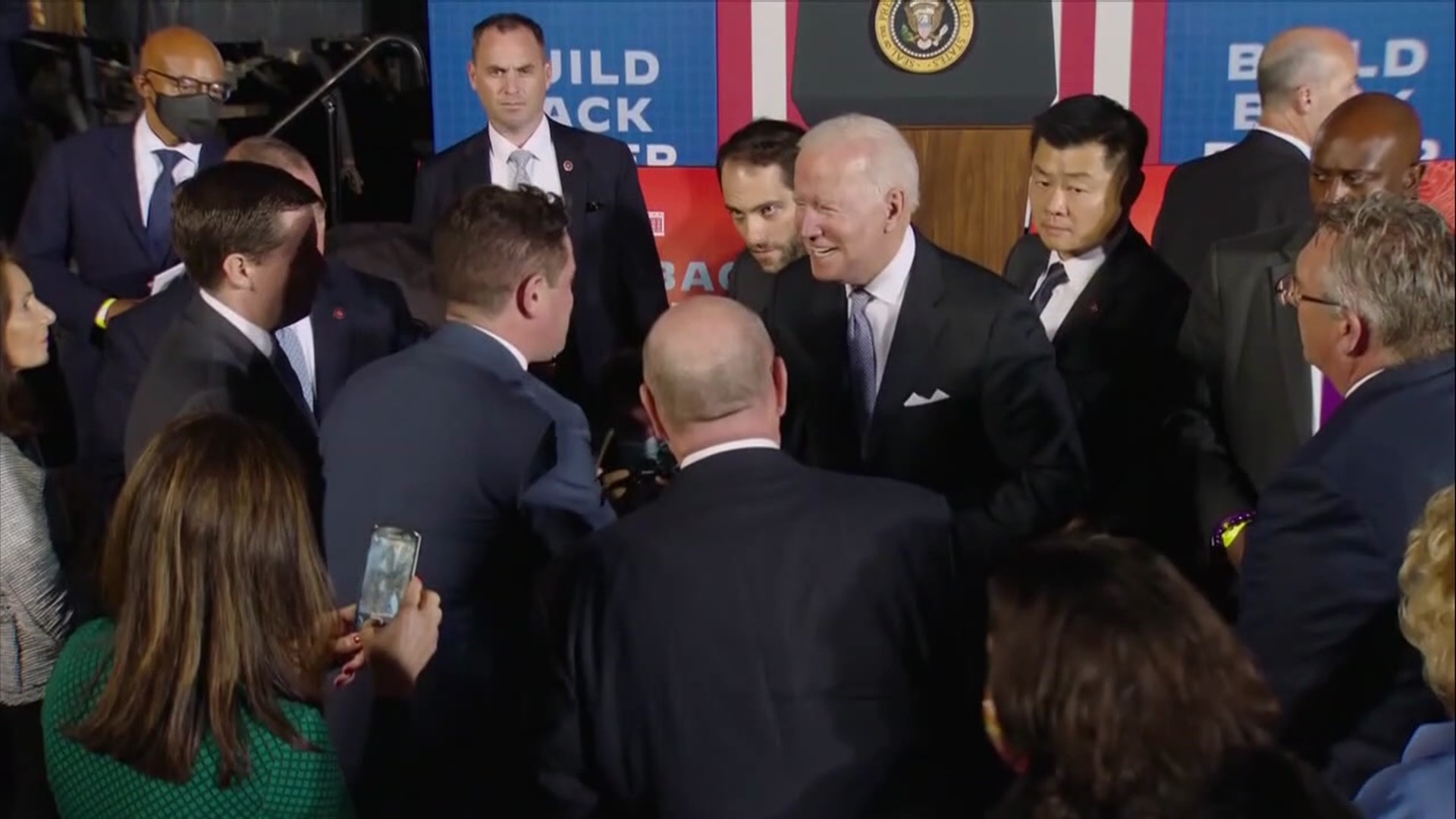 A few had the chance to speak with him personally.

The president addressed the crowd in Scranton, speaking highly of the city and the lessons he learned growing up there.

President Biden was welcomed by warm applause as he approached the podium outside.

The president first stopped to greet relatives before touting his Build Back Better plan, which includes an infrastructure bill.

The president mentioned an expansion of public transportation in the city.

"We are very interested in Amtrak and getting that system back up and running again, New York to Scranton," said Sharon Laberdure, chairman of the Monroe County Commissioners.

State Representative Kyle Mullins and his son Connor were in the crowd.

Mullins said local infrastructure needs to be addressed, and the president's plan could help.

"We've got aging infrastructure, we've got roads and bridges that desperately need attention and rebuilding," he said. "We've got schools with lead pipes and asbestos issues."

Connor shared a special moment with the president after the speech.

"Do you recognize this?" Connor asked the president, holding up a model Amtrak train. "He gave me this pin."

The president mentioned Evie Rafalko-McNulty's husband during his speech.

"It was emotional to me, and when I get a chance to talk to him, we talked," he said. "I said, you know when Jim decided he wanted to bring Steamtown from Bellows Falls here to Scranton, he went to him, to the Senator Biden and to Congressman McDade, and they helped out."

Rafalko-McNulty is the Lackawanna County recorder of deeds.

She said President Biden's connection to Scranton has never faded.

"When Governor Wolf said there's only been two presidents from Pennsylvania, there's only one in our eyes," she said. "It was special. It was really nice, and he was home."

President Biden closed his speech by thanking the people of Scranton for their constant kindness, showing his gratitude in conversations with residents.