A pug named "Polo" from Wayne County is capturing the hearts of thousands of people worldwide, all through his own special Facebook group. 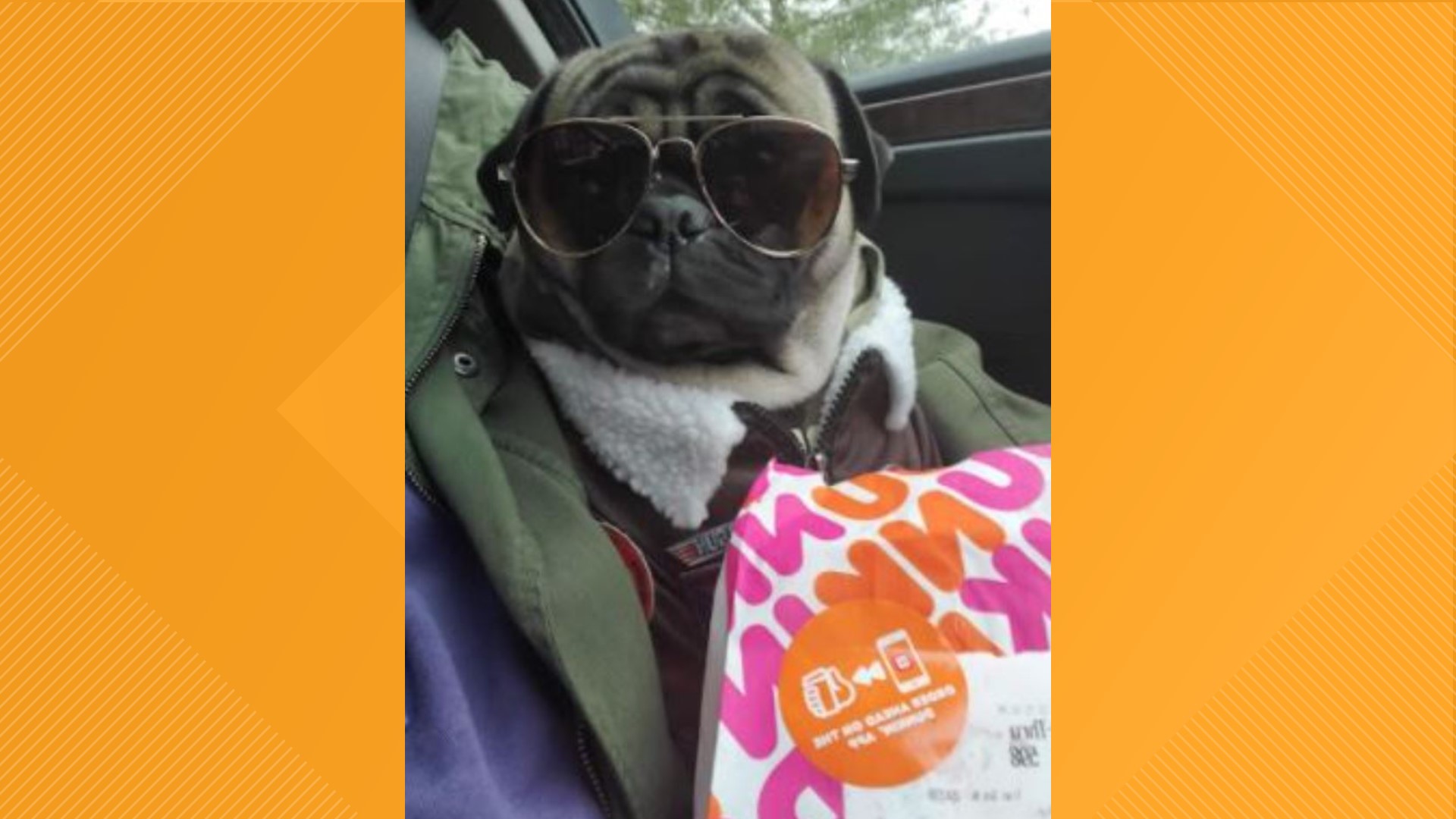 LAKEVILLE, Pa. — He’s got a stocky build, a wrinkly face, and is covered in fur, and lately, this pug named Polo from Wayne County has become quite the Facebook phenomenon during the pandemic.

He’s the focus of this Reasons To Smile segment with Newswatch 16’s Ryan Leckey.

From Florida to Texas, all the way to Australia, this three-year-old pug, who lives in Lakeville, is literally stealing the hearts of thousands around the globe.

Sure, people love seeing him dress up in different outfits, but it’s what this dapper dog’s Facebook fans did recently that got our attention.

It’s part of a Facebook group that all started thanks to one pet parent near Lake Wallenpaupack who wanted to create a space that could give people a pick me up during some of the darkest days of the pandemic in 2020.

"During the COVID thing, it seemed everything was so sad. And I wanted to create a group that was happy and Polo here. He just loves to pose for pictures," said Lisa Fennell of Lakeville.

That Facebook group Lisa Fennell started called “Polo at Work" now has more than 5,000 members. Fans of this 5-year-old fur-baby who chatted with me recently on Zoom from our area and beyond, all to share their love of this polished pug.

"I'm from Australia living in Sydney. I absolutely love this group. I love pugs. I'm a huge fan. I stalked Pug pages. Don't have one yet," said Rhonda Kelly. "But basically I fell in love with Polo since I saw him. This group is so therapeutic and healing."

"I am from Mexico City and I arrive in Facebook with Polo falling in love with his clothes. I really love his clothes. and I realized that he's part now of my family, of my life," said Susana Sotelo.

While some of Polo’s fans continue to come to the Facebook group to scope out his clothes or just those sweet, simple snapshots of him living his best life, others have turned to his manager, we mean mom, for pet parent tips.

After all, Lisa Fennell has been a dog groomer for three decades.

"I'd been following her because I was getting ready to buy a pug," said Lisa Stieg of Florida. "I just saw how well trained and the connection here and Polo had and it blew me away."

"They are two peas in a pod that can conquer the world together," said Jacqueline Griffith from Hamilton, NJ.

If there’s one thing we know for sure about any four-legged friend, "the love of animals can bring anyone together," said Karen Boozer from South Carolina.

Proof of that came this past June.

"It just got to our hearts and we had to find a way to help our dear Lisa and Polo and family," said Muriel Titus of Charlotte, NC.

"John is the most caring person. He's a go-getter. He loves people," added Murphy. "I rallied up the troops here in Polo Nation, and we raised over $10,000 so far through PayPal fundraiser, through mail, through Go Fund Me."

The money will be used to help John with medical expenses and help make improvements to his home so he can get around a little easier. But, the financial help was just the start of Polo’s fans. There's a wall of get-well wishes that came in for Polo’s dad, John, shortly after his stroke.

"How many cards in all?" Ryan asked Lisa Fennell.

"Probably about 650 now from all around the world," she said. "If you get depressed or anything, I just touch that wall and I can just feel everybody's love."

It's all because of a dapper dog whose eye-catching costumes first captured people’s attention and later their hearts.

You don’t have to have a pug to be a part of Polo at Work, any pet works.

Click here for the Go Fund Me page to help John.

Polo has four other pet siblings.