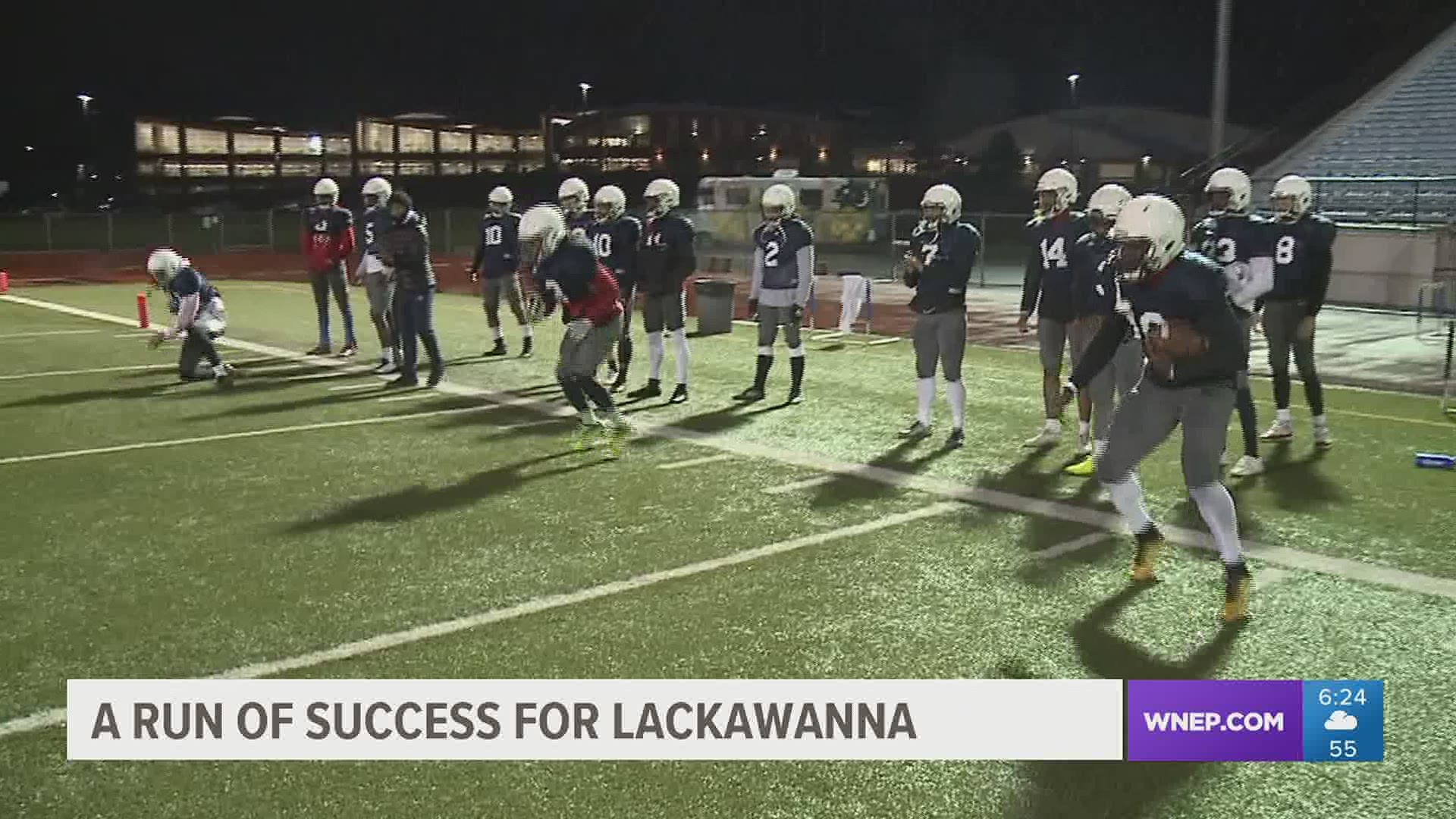 SCRANTON, Pa. — It's been 15 long months of waiting for the Lackawanna College Falcons football team to play a game. They get that chance March 28th when they play at Sussex County Community College.

"It has been a long time. It's long overdue. We haven't had the pleasure of having our guys working with us for a whole year. Some of the rust is coming off of these guys a little bit, but we are thrilled to have them back and I think that they will compete for sure," said Mark.

"It is going to take all of us as a team. We have to work hard. We have to develop and come together and grow like last year and have a hard strong core," said DeWayne.

This Falcons football team hasn't played a game since 2019 when they played in the National Championship game. So these practices and games here in the spring are important to propel them into the fall when it matters for the 2021 season.

"You know we are trying to make it like fall as best we can. We have a 6 game schedule and so far things have gone well. It's just a little more condensed. You know the guys haven't had weight rooms and all those things for a whole year so I think the first 5 or 6 practices we're really kind of telling. As we got going we got more into it now," again said Coach Duda.

Sophomore quarterback Grant Johnston from Blacksburg Virginia grew up around football. His Dad Chad was the quarterback at West Virginia in the early 90's.

"It was the worst feeling ever. I haven't had a year without football since the age of 5, so it was definitely very different," said Grant.

Finally time for some Spring Ball‼️

"Yeah they are good players. You know it's a little faster for them than they are used to. But they came out and they have great arms. And they are great athletes. We are strong on both sides of the ball again and I think it will be a wonderful year for us," added Mark.

2018 was a perfect season at (11-0). The following year they played for the NJCAA National Championship losing 24-13 to Mississippi Gulf Coast. With 2020 being canceled 2021 looks to be another promising show for the Falcons.