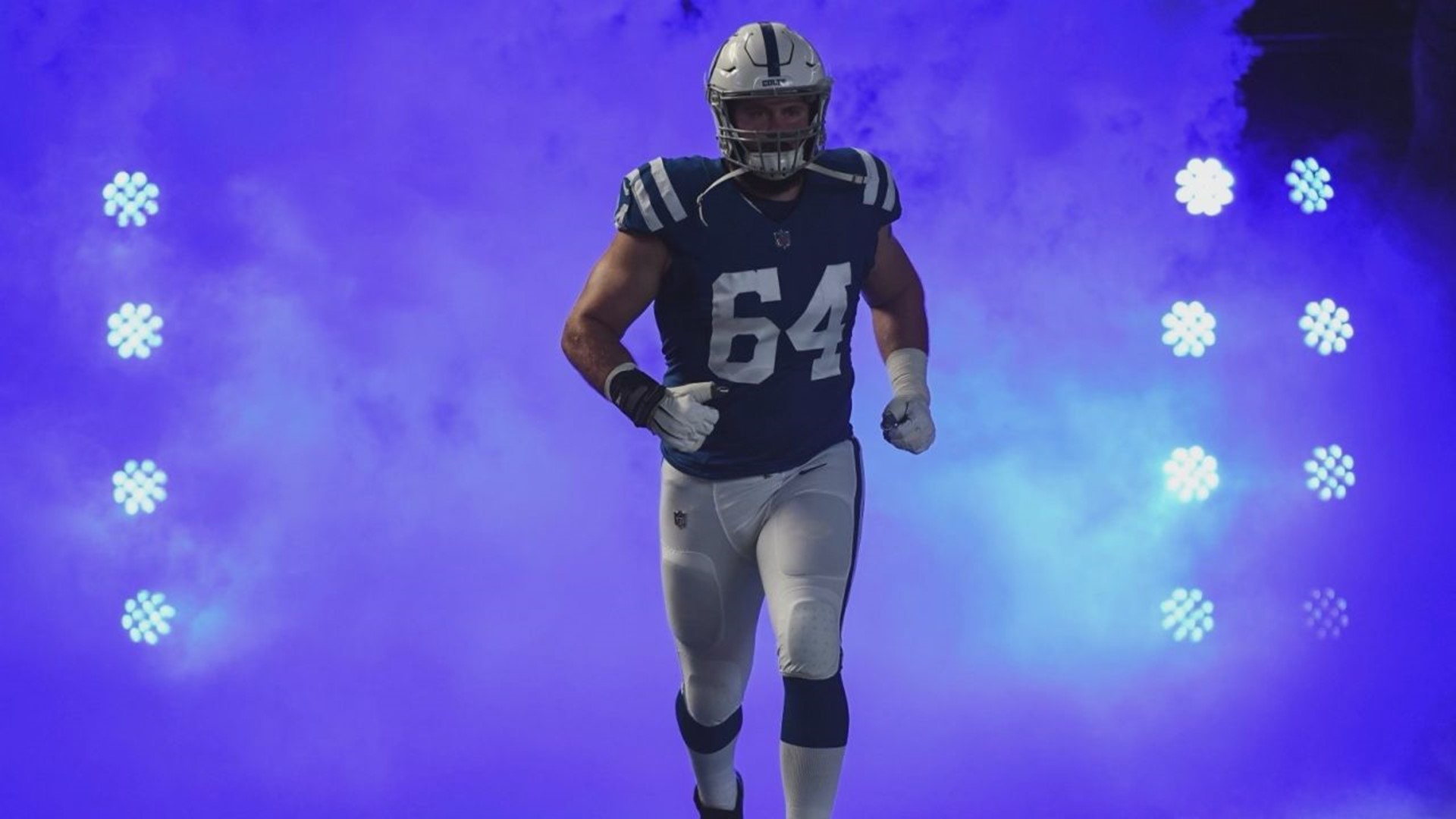 SCRANTON, Pa. — Colts offensive lineman Mark Glowinski is back home in NEPA, albeit, a bit longer that he was anticipating.

"Just all the snow that dropped and everything like that," Glowinski explained. "There was about three feet that landed in Moscow. So, this is the first thing I'm actually doing since being in, besides just shoveling."

Reminiscing sure beats shoveling. The Wilkes-Barre-native played his high school ball at GAR before moving on to Lackawanna College and then West Virginia. So, when his visit to the in-laws in Lackawanna County was extended, he deciding to stop in at one of his alma maters.

Glowinski says being in town really brings back the memories of a journey from Wilkes-Barre to the NFL, with a stop here at Lackawanna College.

"Coming into this building, it was like all of the emotions I was thinking about," Glowinski said. "I was thinking about walking from McKinney Hall all the way up here. When I go somewhere else, it always comes back to home and where it all started, GAR. When I was in high school, I could have been a carpenter, construction worker, but Lackawanna, this is where the clarity came. So, it's just unreal to think about it. All the emotions come out and memories."

Credit: WNEP
Mark Glowinski sits down for an interview with WNEP at Lackawanna College.

His latest memory? Not a good one - a loss to the Buffalo Bills in the Wild Card Round of the playoffs.

"Sometimes it comes down to the right opportunity, the right play," Glowinski said. "We have the foundation, all the fundamentals of what it takes to win games."

And with Philip Rivers retiring, Glowinski and the Colts find themselves in a familiar situation – quarterback limbo.

"I've had the drama within the last couple of years of (Andrew) Luck retiring right during the last preseason game and having Jacoby (Brissett) step up and then not knowing what was going to happen again," Glowinski explained. "We get Philip Rivers. So, I understand the process of what's going to happen. It's just a waiting game."

Until then, he'll be watching another game on Sunday – the Super Bowl.

"It's always the end goal and that's where you want to be and you want to have the trophy at the end and it's only two teams though that'll even get there," Glowinski said.

With Glowinski's help, maybe Indianapolis will be one of those teams next season.