No!! It’s not a real tornado, but these Red Tornadoes of Mount Carmel the winning-est program in the State of Pennsylvania with 856 as a program have the ... 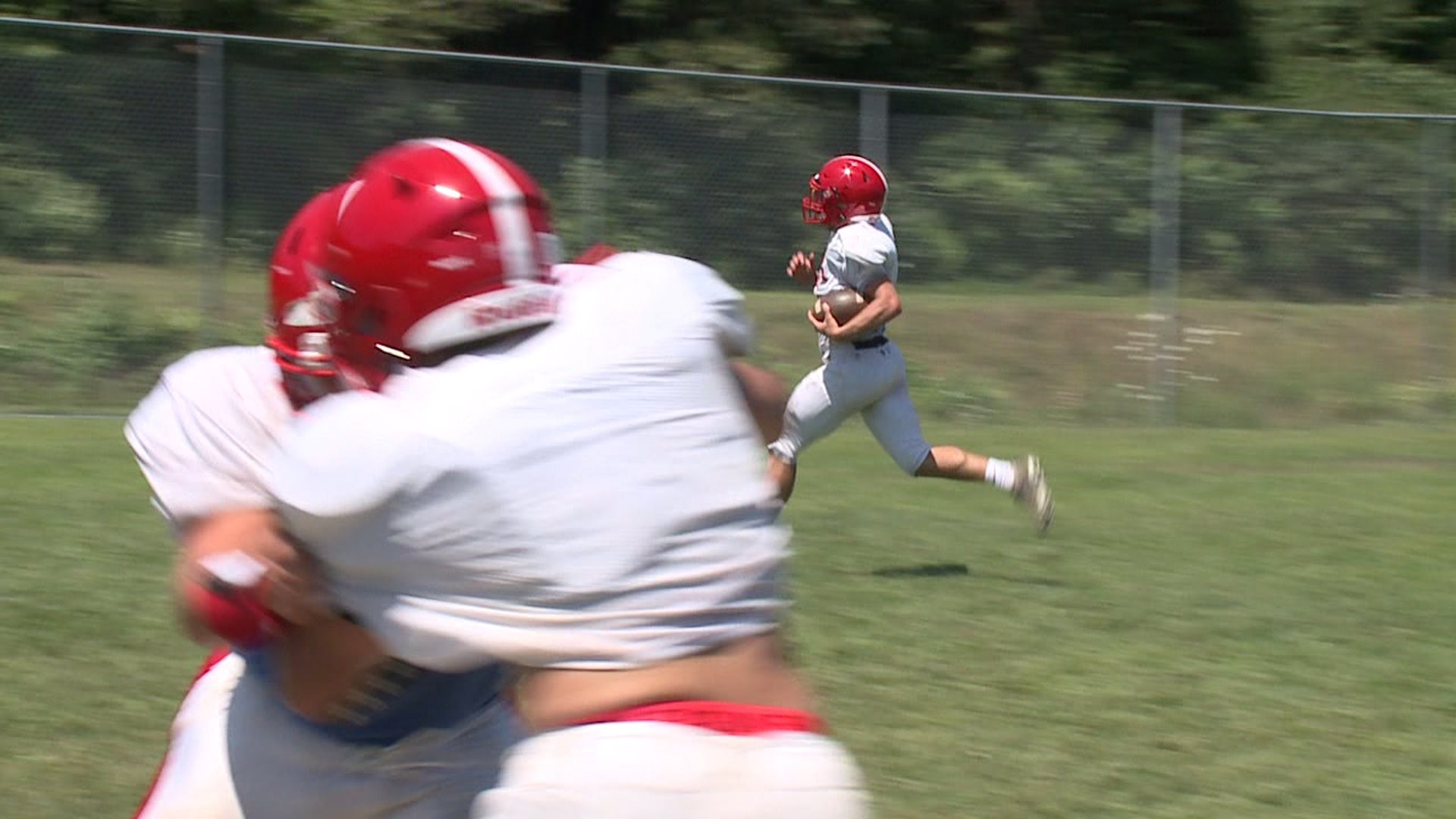 No!! It's not a real tornado, but these Red Tornadoes of Mount Carmel the winning-est program in the State of Pennsylvania with 856 as a program have the pieces in place to add to that. Lucky #13 quarterback Tommy Reisinger chucked it around last year over 1,400 yards passing.

One of his favorite targets tight end Jack Chapman returns and Shane Weidner looks to replace the missing piece John Ayers his 114 points are gone.

"This offense is very dangerous for all the competitors that we have. Some of the weapons that we have is Jack Chapman, Logan Wills, Noah Berkoski, Dylan Pupo, Shane Weidner those are the top threats," said Tommy.

"This is probably the best year of camp that I have ever been a part of. We have a bunch of great guys and great athletes and hard workers on this team. I feel that this is the year that we can take over the state," said Jack Chapman.

"We had a lot of good competitors last year and we are going to have a lot this year, and it's going to just better us for that next step. What's up with the hair? Growing it all out. It looks good..Thank you," said Shane.

Conditioning will be a big part of Mount Carmel's success this season. They will find out quickly where they are and how the off-season went after the first two weeks of the season when they face Central Columbia and then the Tigers of Southern Columbia

"We don't always have a ton of guys here so that's something we need to make sure we are in great shape. A lot of our guys go both ways so we are pushing them and they did a great job pushing themselves. We are used to playing a tough schedule seems like we have a tough schedule every year so we like playing in the big games. We will be ready to roll and start the season out with some big ones," said John.

It's been a steady improvement under Darrah (5-5), (8-5), and now (10-3). Southern and North Schuylkill will be the measuring stick once again. Steve Lloyd reporting for Newswatch 16 sports from Northumberland County.