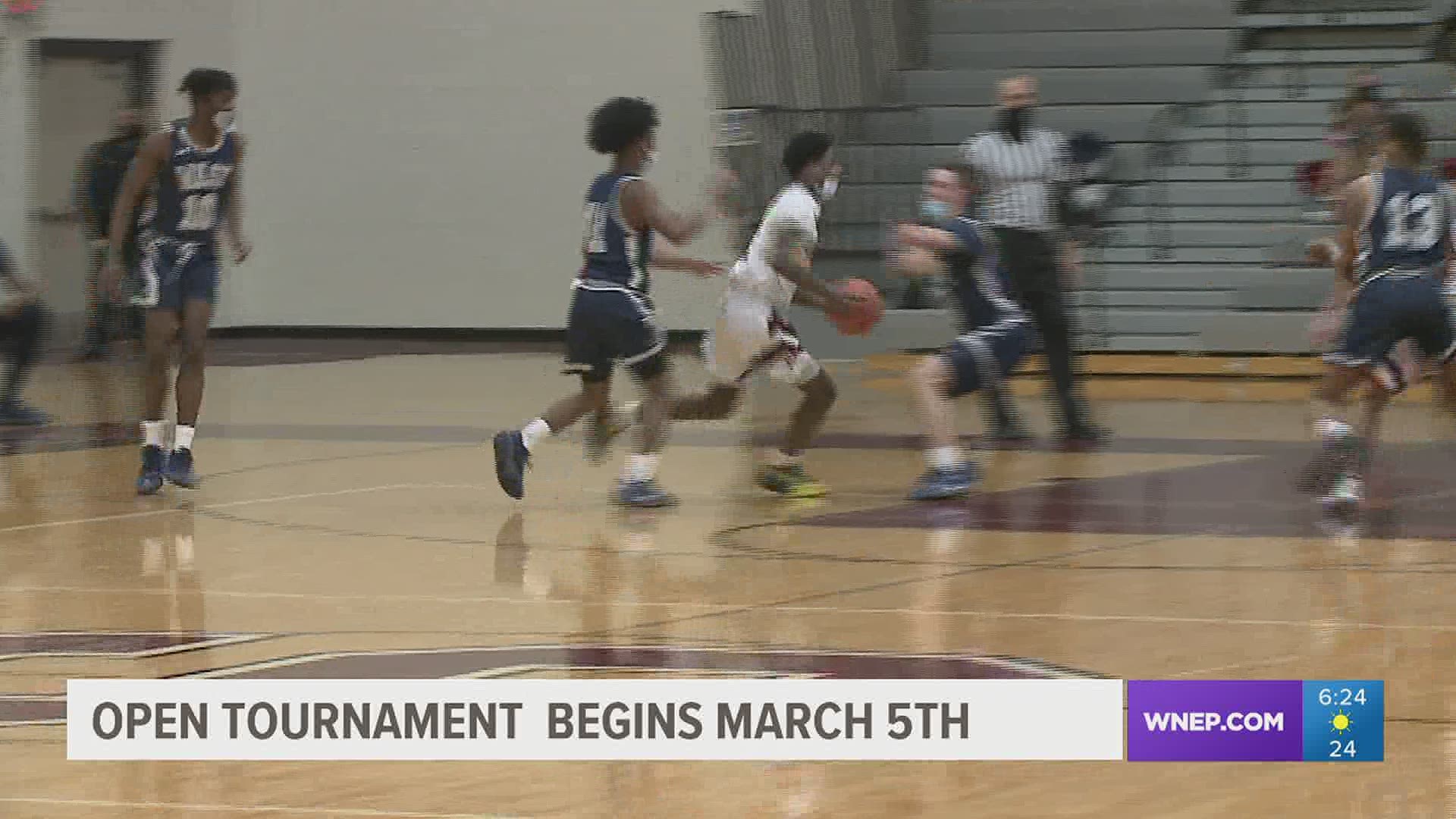 STROUDSBURG, Pa. — Time is winding down for basketball games in the Eastern Pennsylvania Conference. On Tuesday night the Stroudsburg Mountaineers played their final home game for the 2020-2021 season. A 68-53 victory over Pocono Mountain West. The Panthers returning after a three week shutdown from a previous COVID case with the team.

"Last year we lost to them twice and it was really big. They we're like blowouts. This year a lot of the team counted us out but we stayed and practiced and everybody staying together. And we just came out and played our hardest tonight," said Jahkai Barnes.

"This is a great accomplishment because this is one of our toughest challenges playing Pocono Mountain West. And we just wanted to come out and show them what we we're made of," said Justin Shenery.

We'll there will be no state playoffs for some of the basketball teams here in District 11 the season will come to an end at the end of the District 11 playoffs and the sites have been set here. Some games will be played at the PPL Center in Allentown while the remaining championships will be played at Martz Hall in Pottsville.

"It's a blessing I don't know. We haven't been in the playoffs in a long time so we are going to go out there and do our best," added Jahkai.

"We have got to continue to get better. I am extremely proud of how we came out and competed today. We played East Stroudsburg South the other day and we lost at the end and that was a tough game. And I truly like the way that we came and we just played harder," added Matt.

The District 11 tournament this year is an open on encompassing five independent schools, the Colonial League, the Schuylkill League, and the 18 school that make up the Eastern Pennsylvania Conference. It begins March 5th.

The @PPLCenter and Martz Hall in Pottsville will be the sites for the @PIAADistrictXI Basketball Championship week. 3A thru 6A at PPL with 1A & 2A at Martz. Here is the schedule released earlier today and subject to change. @SchLeague @EastPennConf18 @Colonial_League @mystlukes pic.twitter.com/vEdzd7uuJt