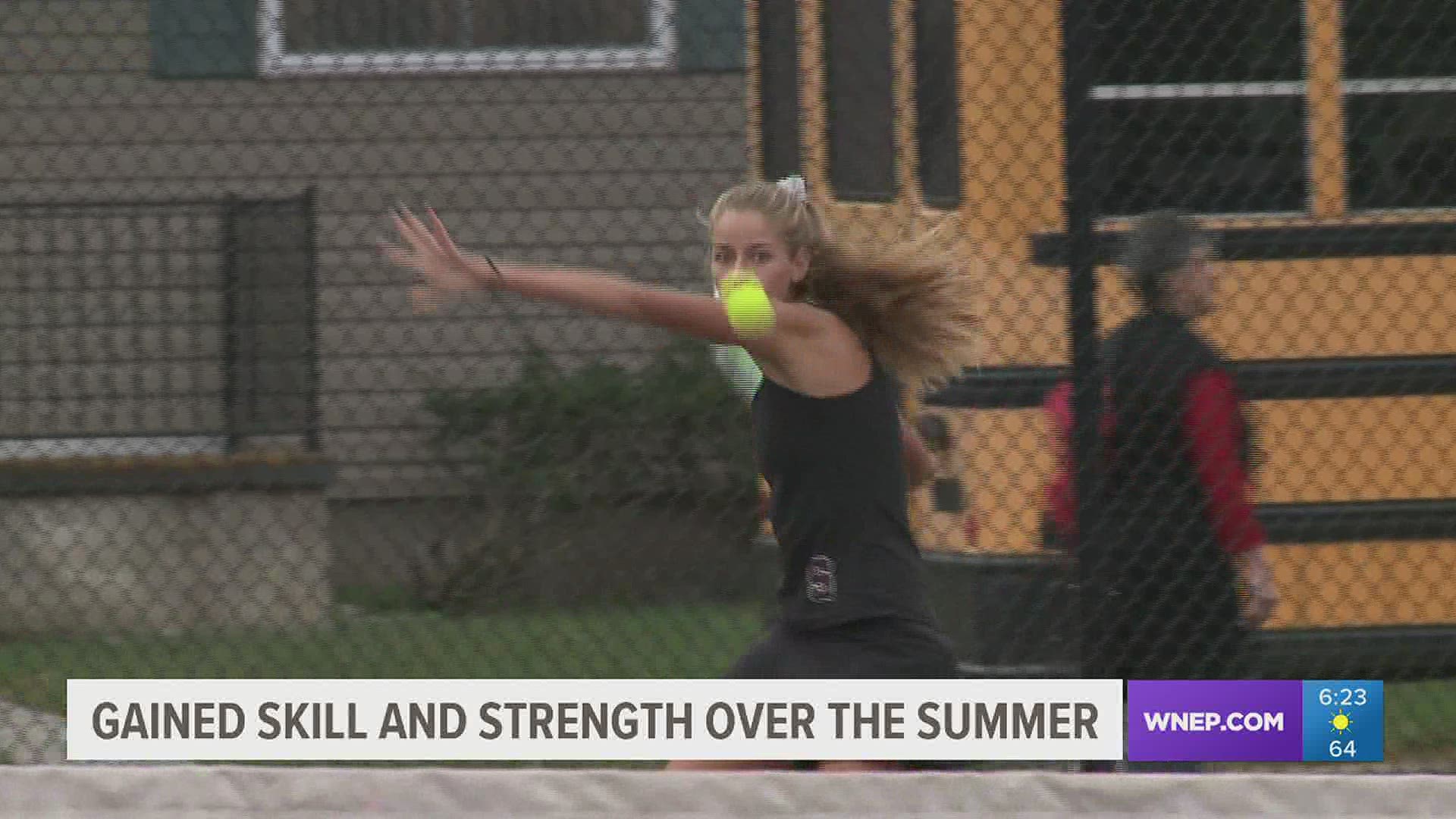 The junior at Stroudsburg in back-to-back years claiming the District 11 "AAA" singles championship.

"Well she is not only a fantastic player and defending district champion, but again as a leader she really sets the tone for our team. I can't say enough about her she is the first one on the court and the first one off the court looking to cheer her teammates on as she is going right now," said Gene.

Briegel bounced around with different sports growing up eventually shifting focus away from basketball and track to full-time tennis.

"I played basketball for a while. I ran track freshman year, and I decided after freshman year that I was just going to focus on tennis, and I could train like all year round," again said Paras.

In the summer during the COVID-19 pandemic Paras found courts outside near her home to play on. She credits that with her marked improvement.

"I was able to workout everyday at my house. I was able to play. We found some outside courts so I have been playing the most tennis that I have every played. I worked really hard this summer and I kind of knew what I needed to focus on after last season to get ready for this season," added Paras.

Paras didn't lose a set at districts winning all four matches. She advances to states beginning Wednesday November 4th straight into the quarterfinals so the road to a state championship at Hershey is a little easier.

With the team season over Briegel can focus on her singles matches at Hershey coming up next month.