The owner of Gravity Ice Cream says she's upset by the theft from her small business and will do whatever she can to get justice. 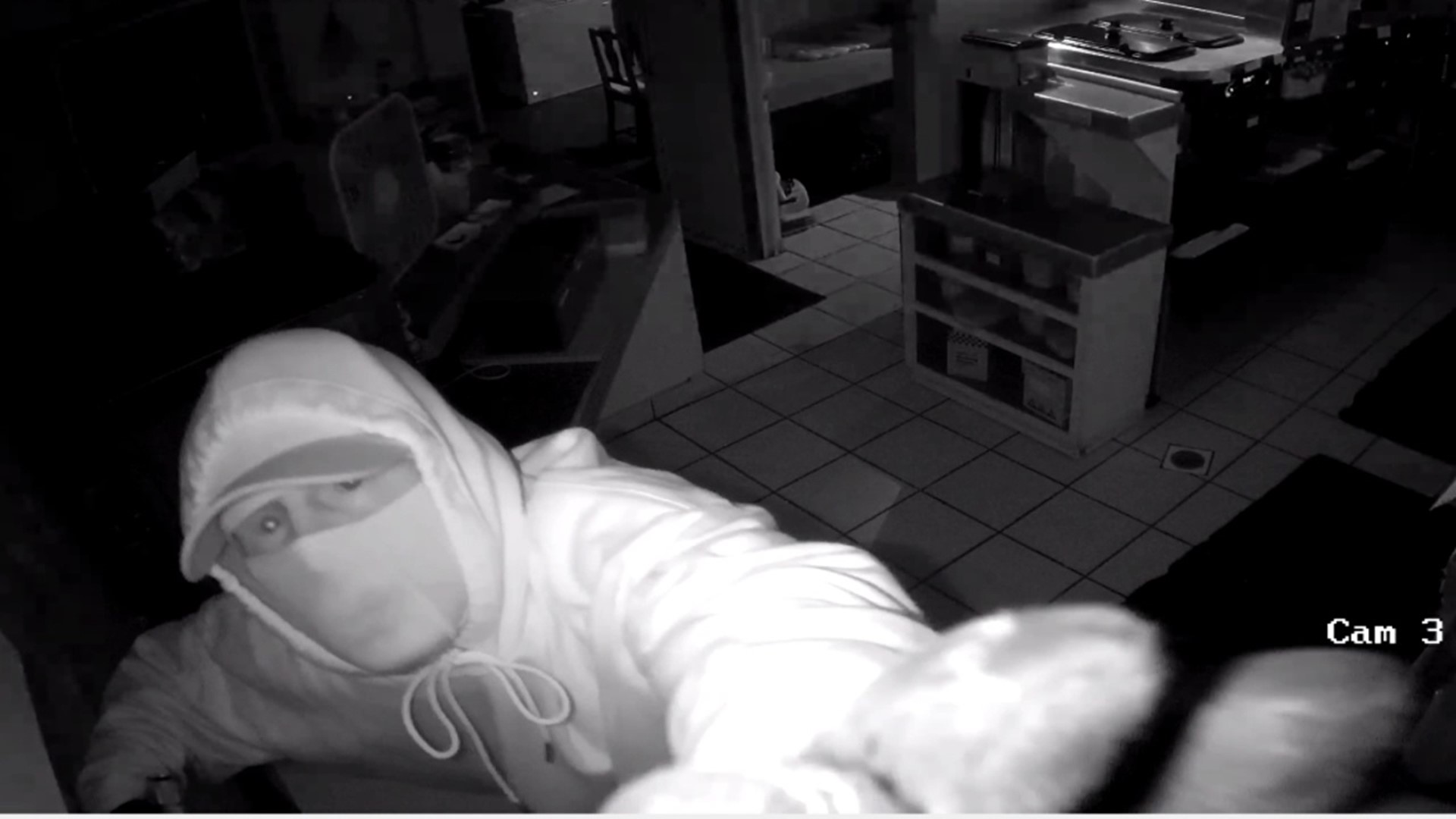 HONESDALE, Pa. — Someone broke into the Gravity Ice Cream Shop just off Main Street in Honesdale before 1 a.m. on Monday.

These surveillance pictures show the person enter the building and begin a search for valuables or cash.

Shop owner Jenny Young says she came in to open later that day and was shocked by what she found.

"I knew something was askew. I saw the rag over the camera, and I know one of my employees didn't do it, so I knew somebody had been in here," said Young.

Young says the thief broke in and turned cameras away from view and even tossed a rag over another camera. Next, you can see him searching through the owner's desk. He then went to a back corner of the shop and broke the small safe off the wall before putting it in a box and leaving with more than $500.

"He had to have been staking out the place for a while. It's not real prevalent where we keep everything, and he seemed to go to the right drawers at the right time," said Young.

When the thief left the Gravity Ice Cream Shop, he came around the corner, down the street, where he was caught on several other surveillance cameras.

Businesses in the area are just getting back on their feet after the coronavirus closures.

"It's really sad. It's unfortunate that something like, especially in Honesdale. It's such a small town. So, we know the owner, we know these people, and it and obviously, it's right next door to us. So it does hit close to home anyway, and we do feel for her. We feel terrible that somebody would do that to her," said R3 Hardware employee Christie Langone.

Young has posted pictures on Facebook, hung fliers, and has even ordered posters to hang in the front windows of the shop.

Thief walking in front of Mick's Barber shop at exactly 1:11am

We are offering a reward for the arrest of this person. It takes about 20 seconds on this video where you can see at exactly 1:11 the thief is walking in front of Micks Barber Shop in Honesdale, Pa carrying our safe. Please look very close at this video. Someone has to know this person. Please share and call Honesdale police at (570) 253-1900 if you have any idea who this person is.