HONESDALE, Pa. — A team of students from Wayne County could end up competing against the best robotics teams in the world. The teens just won a district t... 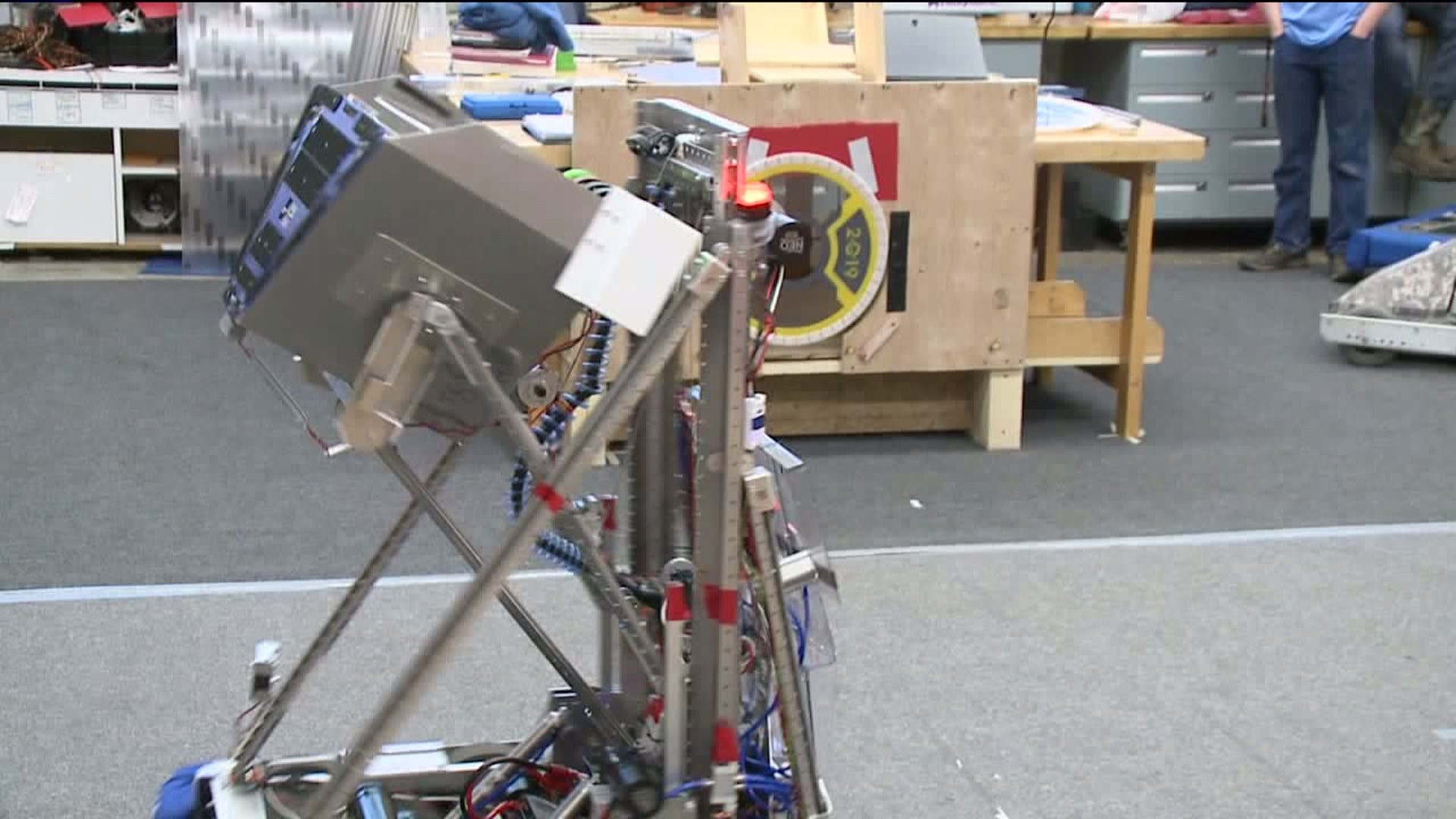 HONESDALE, Pa. -- A team of students from Wayne County could end up competing against the best robotics teams in the world. The teens just won a district tournament and will head to the championships in a little more than a week.

What has six wheels, weighs 150 pounds, and was designed and built from scratch by the Camo-Bots, a team of students from Honesdale and Western Wayne High Schools?

"We have to use cameras, one right here, one here and one on the back. We have to line it up," explained Camo-Bots team member Collin Murray.

Two operators use joysticks to maneuver the bot just like in the competitions. It's how the team wound up winning a district tournament, recently qualifying for the FIRST Mid-Atlantic championships the first week of April.

It took six weeks for the students at Western Wayne and Wayne Highlands to build Maverick. For the most part, this is entirely custom built. Some parts were custom built and would cost hundreds of dollars to buy.

"This gave the student a chance to see the part and find out if it's mechanically strong or does it need to be changed or modified," said Camo-Bots instructor Joe Mang.

Their instructors are thankful for the team's business sponsors helping develop these future engineers and tech minds that learn a lot through building and competing.

"It's extremely challenging. There's a lot of high demand and hours put forth with it. The amount they get out is extreme," said Camo-Bots instructor Brian Landry.

Ryan Forelli, a junior at Honesdale High School, designed the robot on a computer drafting program and now gets to put it into action.

"Learned a lot more than I'd learn in CAD, doing it on my own, got started in drafting class," Forelli said.

If the Camo-Bots do well enough at the championship next month at Lehigh University, they'll qualify for the world competition.