Tuesday's heavy rains caused so much flooding and damage, the mayor has declared a state of disaster emergency. 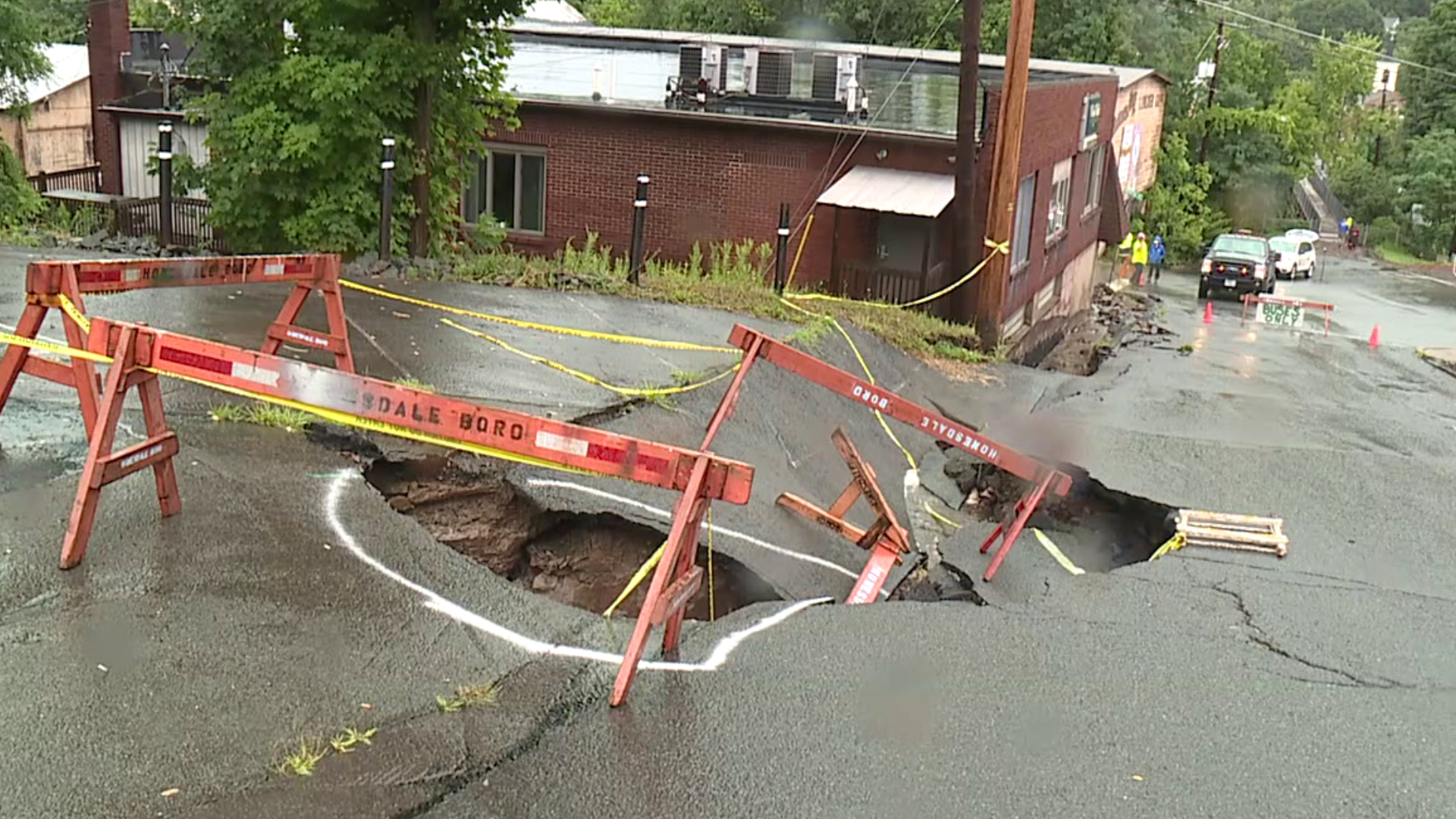 HONESDALE, Pa. — After a heavy downpour came through Honesdale, crews were out in the streets, clearing out the damage that the stormwater left behind.

At the intersection of Commercial and Vine Streets, heaving machinery was lifting pieces of Vine Street that were torn away by the fast-moving water and dumped in front of a furniture store.

The director of the borough's Public Works says he told the workers inside that store to get out as a precaution as he and his team worked on the safety issues at the broken area of Vine Street.

"There were few utilities that are right inside that bank that were exposed due to the running water, and then we're working on rectifying that as we speak," said DPW Director Dan Brown.

Honesdale's mayor says several streets, including all of the intersections along Fourth Street, were ordered to be closed as they were covered with floodwater.

It was shortly after the order was announced that the mayor declared the borough to be in a state of emergency.

"We're looking at a lot of stormwater damage caused by an abnormal amount of rain falling at a very short period of time, causing washouts," said Honesdale's Emergency Management Coordinator Stan Pratt. "As you can see, the one behind you here and then those that are up at the top where part of the street is gone."

James Stalter lives near Commercial and Vine and came to see the damage.

"I live up the road here, and I just came down because the whole street was collapsed right there and came down to the bridge, and it was just shocking," said Stalter.

Honesdale's emergency management coordinator says there's no telling how time and money it will take to fix this part of Vine Street.

"Probably months by the time they get the funding in place for it and begin to get things back in shape,' said Pratt.

This is a news release from Honesdale's mayor:

In cooperation with the Wayne County YMCA, any Borough resident without power may telephone the YMCA at 570-253-2083 to make an appointment to take a shower beginning August 5, 2020, from the hours of 6 AM to 8 PM.   COVID-19 restrictions are in place so masks must be worn, and temperatures will be taken upon arrival.  Residents need to bring all towels and amenities with them as none will be provided.