Election officials in Union County tell us it's hard to say exactly how many people voted so far because more than 4,000 mail-in ballots were sent out. 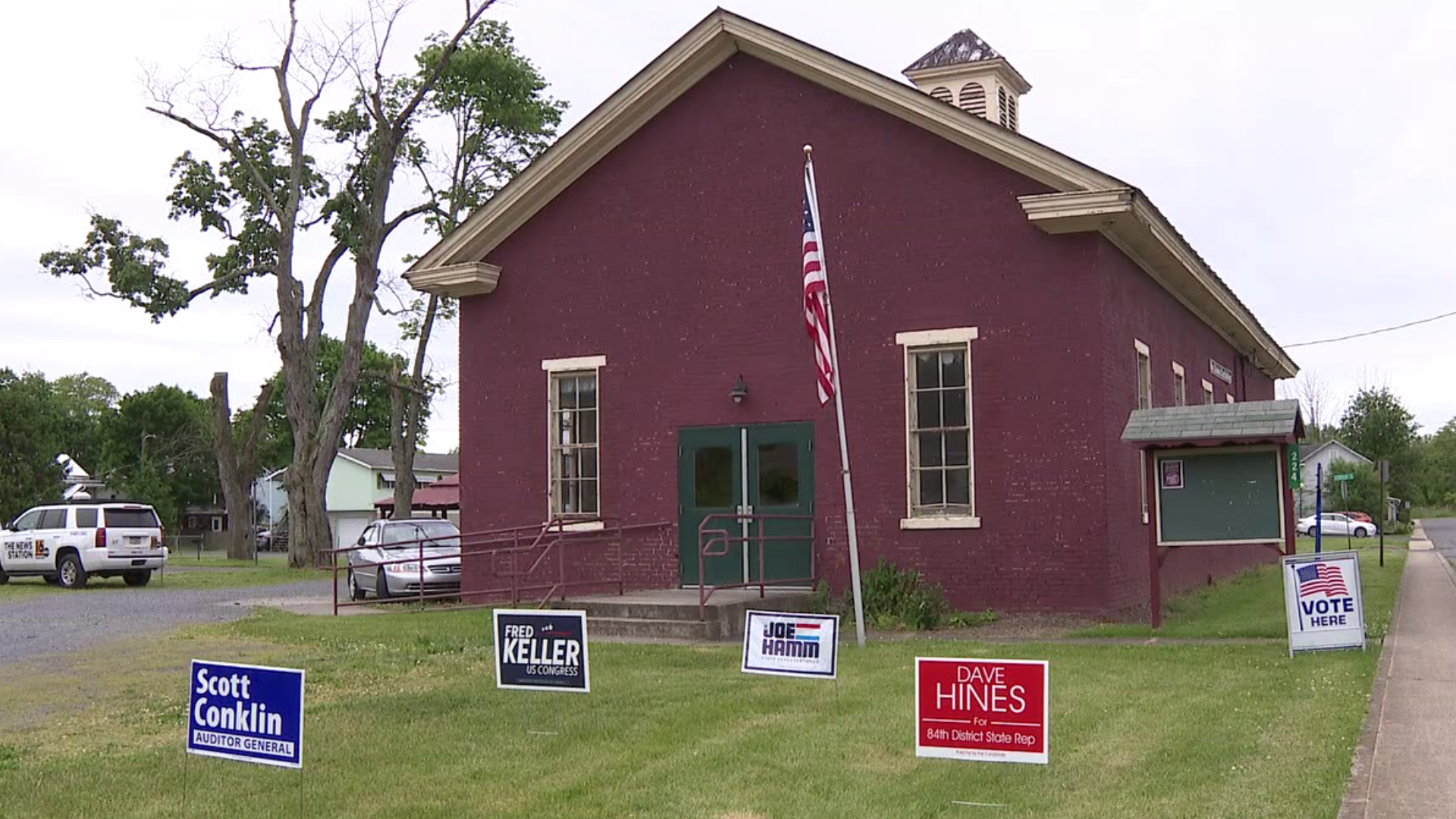 NEW COLUMBIA, Pa. — It was a sea of red, white, and blue outside the New Columbia Civic Center.

People working the polls say it was a slow primary election day.

But even so, some people came out to cast their votes.

"It is my civic duty, and I just think it's our right, and we all need to do it," Peggy Day said.

"To be active in selecting the people who run our country. If you don't do anything, you don't deserve to complain," Mary Ann Everetts said.

Election officials in Union County say the turnout in some places was normal, and in other places, it was low.

Because of the COVID-19 pandemic, more than 4,000 mail-in ballots were sent out.

People here say they wanted to vote in person no matter what.

"I was not going to mail in a vote. I don't really like that, but the COVID thing in this area isn't really a big deal," Everetts said.

One race that was on the ballot in New Columbia was the 84th House of Representatives district.

Republican Garth Everett has been in that position since 2006 but is not running this year.

One democrat and three republicans are on the ballot.

People we spoke with said that race did not really influence why they came out to vote.

"I just think it's something we have to do as Americans," Day said.