Honoring the Lives of Military Men and Women in Mifflinburg

MIFFLINBURG, Pa. — A sea of American flags stretched as far as the eye could see this Memorial Day. People marched in a parade through Mifflinburg to reme... 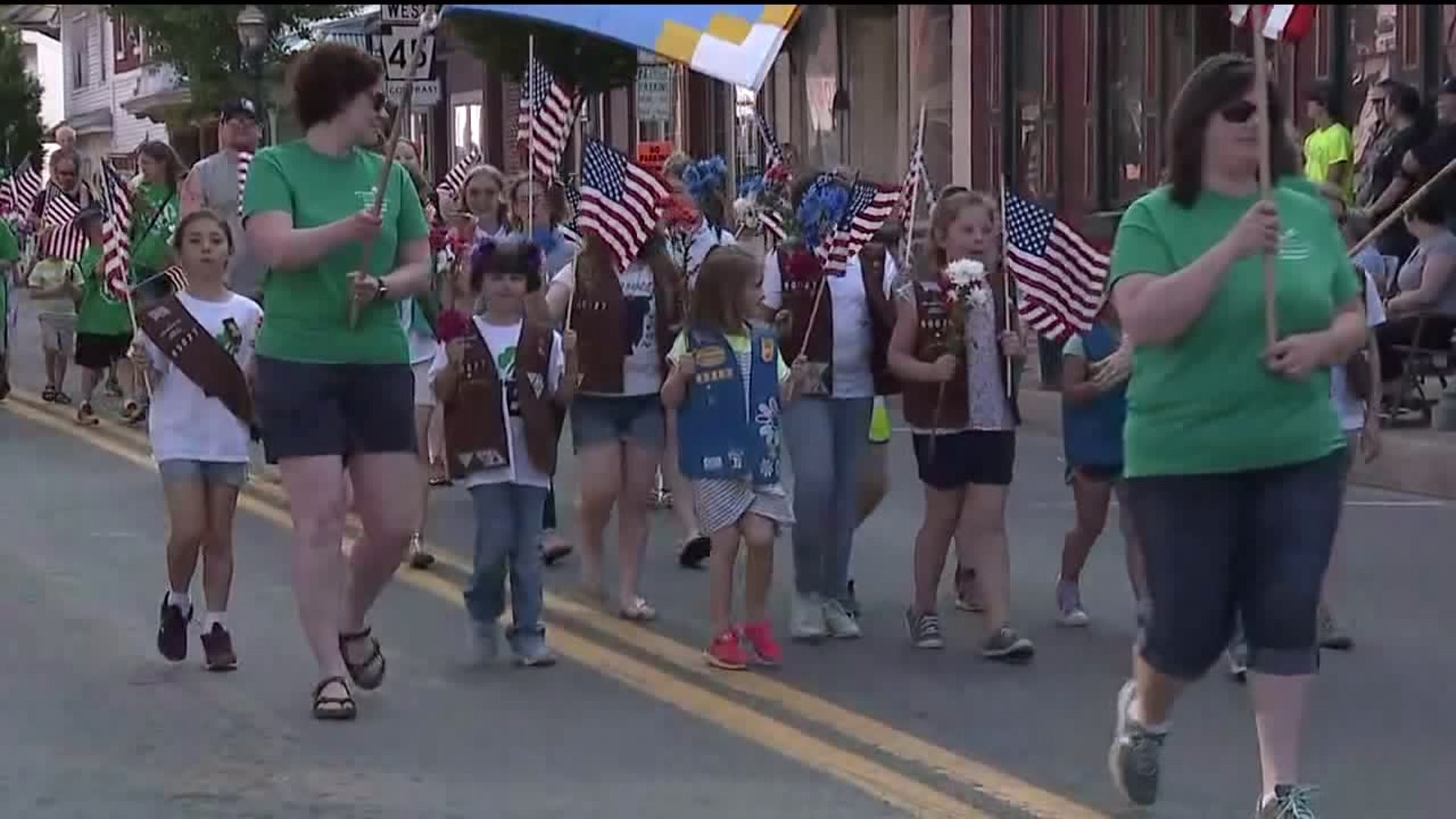 MIFFLINBURG, Pa. -- A sea of American flags stretched as far as the eye could see this Memorial Day.

People marched in a parade through Mifflinburg to remember those who have served in our military and died.

"It can become difficult. It depends when the topic comes up. Something might trigger a thought or something like that there, but you deal with it," Zimmerman said.

Sgt. Barry Mabus drove his truck through the parade. He and other Vietnam War veterans did not get the warmest welcome when they returned from war. Now, he works hard so people don't forget the legacies of those who didn't make it home.

"Since they started recognizing us it's been a great honor to do this. I enjoy doing the parades and stuff," said Mabus.

The Mifflinburg Area High School chorus sang the national anthem as hundreds of people gathered in the cemetery for a special ceremony. Children placed flowers on the graves of veterans. The meaning of the honor wasn't lost on 8-year-old Sebastian Lauver from New Berlin.

"Are you proud to be part of this parade?"

"Because you are helping veterans," Lauver said.

After the ceremony, Mifflinburg brought back its Memorial Day festival for the first time since the 1980s.

"It's just good old-fashioned fun. I'm glad they're bringing it back," said Zimmerman.

Organizers say their next step is to clean off all the graves of veterans in the cemetery.