MAHANOY TOWNSHIP, Pa.  — Authorities responded to a home in Schuylkill County Tuesday morning after neighbors alerted them that there may be a dog inside ... 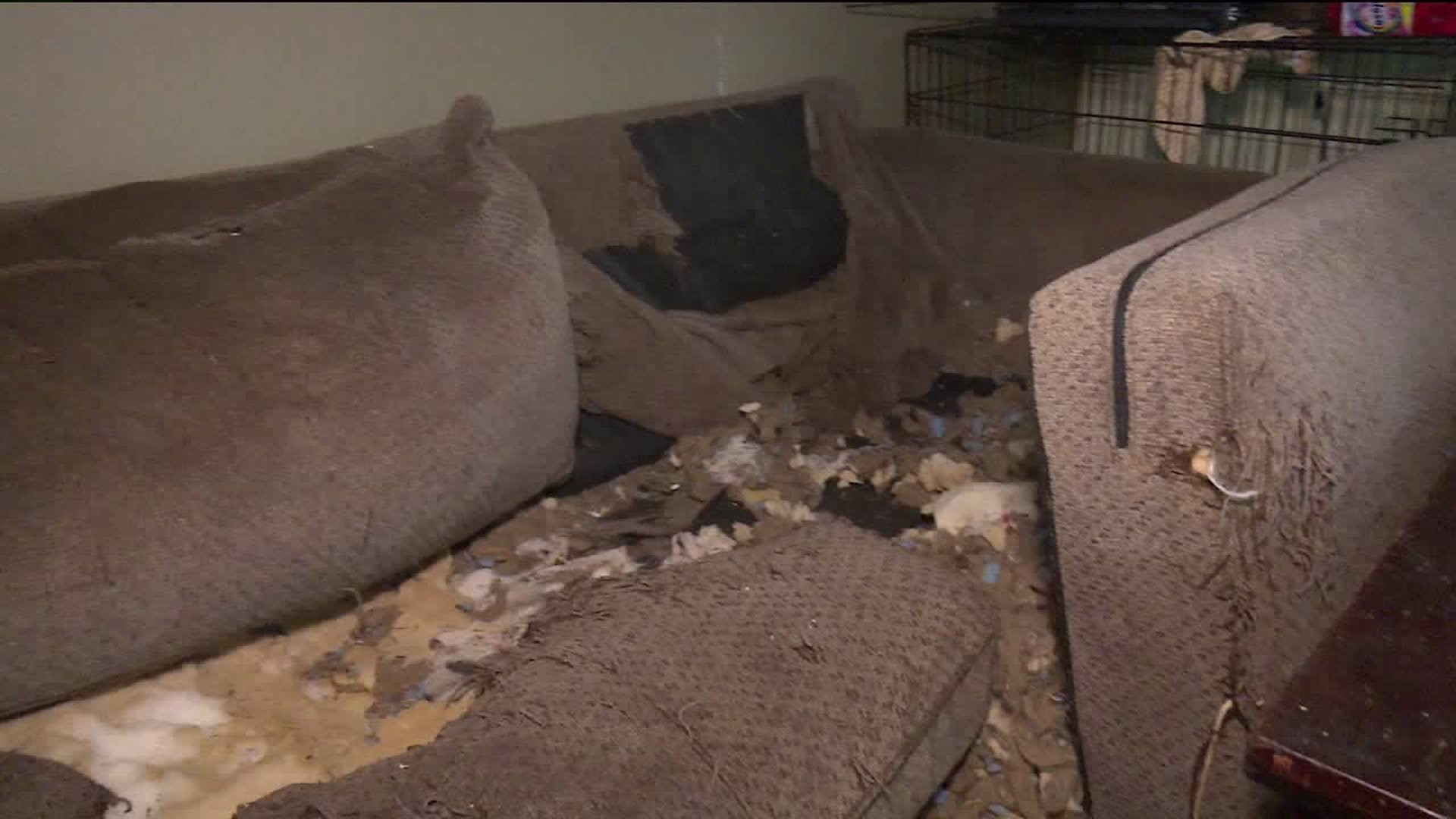 MAHANOY TOWNSHIP, Pa.  -- Authorities responded to a home in Schuylkill County Tuesday morning after neighbors alerted them that there may be a dog inside with no signs of human owners around.

When they arrived, they discovered a house so disgusting, police say it's one of the worst cases they've seen.

Hillside SPCA staff members took us inside the home near Mahanoy City and showed us around. The sight was just appalling and the smell, even worse.

Newswatch 16 was there when the homeowner showed up and got put in handcuffs.

Jasper is an 11-year-old pit bull mix and judging by his temperament and slight wag of the tail, you'd find it hard to believe that for weeks maybe even months, he's been living in filth.

"We got a call from the Hillside SPCA cruelty officers to come and assist them on an animal cruelty charge," said Mahanoy Township Police Chief Brandon Alexander.

Hillside SPCA tells Newswatch 16, it received several calls from concerned neighbors about this house on Roosevelt Drive in Mahanoy Township. Neighbors say they kept hearing a dog barking and crying inside the house, with no signs of a homeowner for weeks. One final call Tuesday prompted officials with Hillside to take action.

When they arrived and entered the house with help from the Mahanoy Township Police Department, they found Jasper and two cats alone in the place living in filthy conditions. Jasper was found sleeping on a couch with animal waste found on all three floors. The smell was almost unbearable.

"When we looked in the windows, you could clearly see dog feces all over the floor. Not suitable for a dog or any person to be living in a house there. Dog was skinny, through the window, you could tell the dog was in need of some assistance," said Chief Alexander.

Around 1:30 p.m., homeowner Keri Cavenas showed up to the house and was handcuffed. She's being charged with animal cruelty.

Kids in the neighborhood tell us when they rode their bikes by the house, they could smell an odor and hear a dog.

"It just smelled horrible and I started riding and there was a dog crying and barking. That's all we heard," said James Wronski.

The people at Hillside SPCA tell us that Jasper was actually adopted by Cavenas from the shelter within the past couple years. Now, he's going back to the shelter.

Police tell us the house will be condemned, but Hillside SPCA plans to return on Wednesday to try to find the second cat inside the house.