AUBURN — The Bretzius family were just trying to add some insulation to a room in their home in Schuylkill County, but instead they found the home was alr... 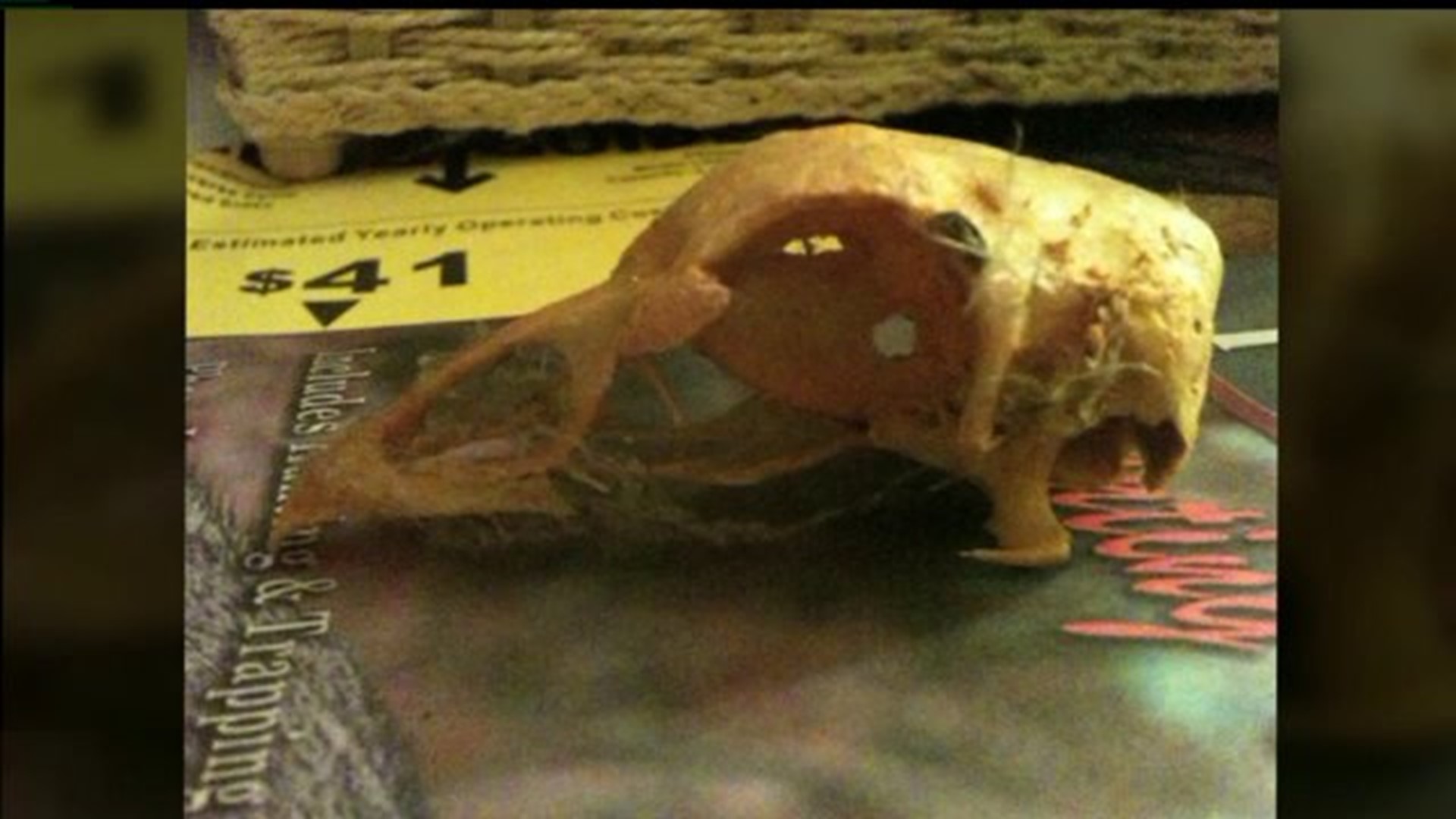 AUBURN -- The Bretzius family were just trying to add some insulation to a room in their home in Schuylkill County, but instead they found the home was already insulated with dozens of dead animal carcasses, half-used spices, and other items filled behind layers of drywall.

The mother of four said they first found animals in the walls back in 2012 and have been removing the items ever since.

The dead animals were all wrapped in old newspapers from the 1930s and 40s.

She said when they got a home inspection before they bought the place in Auburn, the inspector didn't find a thing.

"We got the radon inspection. We looked for everything. We didn't know to look for chickens."

The family said when they bought the house in 2011, it was their dream home because they weren't going to have to do any work, but now that's all they've been doing.

"It has been horrifying because it has completely drained our savings," said Bretzuis.

The horror in the wall isn't covered by insurance since the stuff was there before they bought the policy.

The family had to fix the issue and pay for it themselves, costing around $20,000.

After the family removed the items, they wanted some answers. They sent hundreds of the artifacts and carcasses to an expert in Kutztown. Now the Bretzius family might know why someone would put such crazy things inside a wall.

"What they call pow-wowing or dutch magic. They used this to heal ailments," said Bretzius.

But knowing why the stuff was there doesn't make it any easier.

The mold caused almost everyone in the family to get sick and the smell won't go away.

The family isn't even sure if all of the dead animals are out of the house.

Bretzius said, "We don't have the finances or the resources to rip out the tub wall where they're still there."

The family says it still needs to tear out some more walls to check for any more dead animals.

Since insurance won't cover it and they've run out of money, they started a go fund me account.