Thousands of people are now attending the annual trap shooting event in Elysburg. 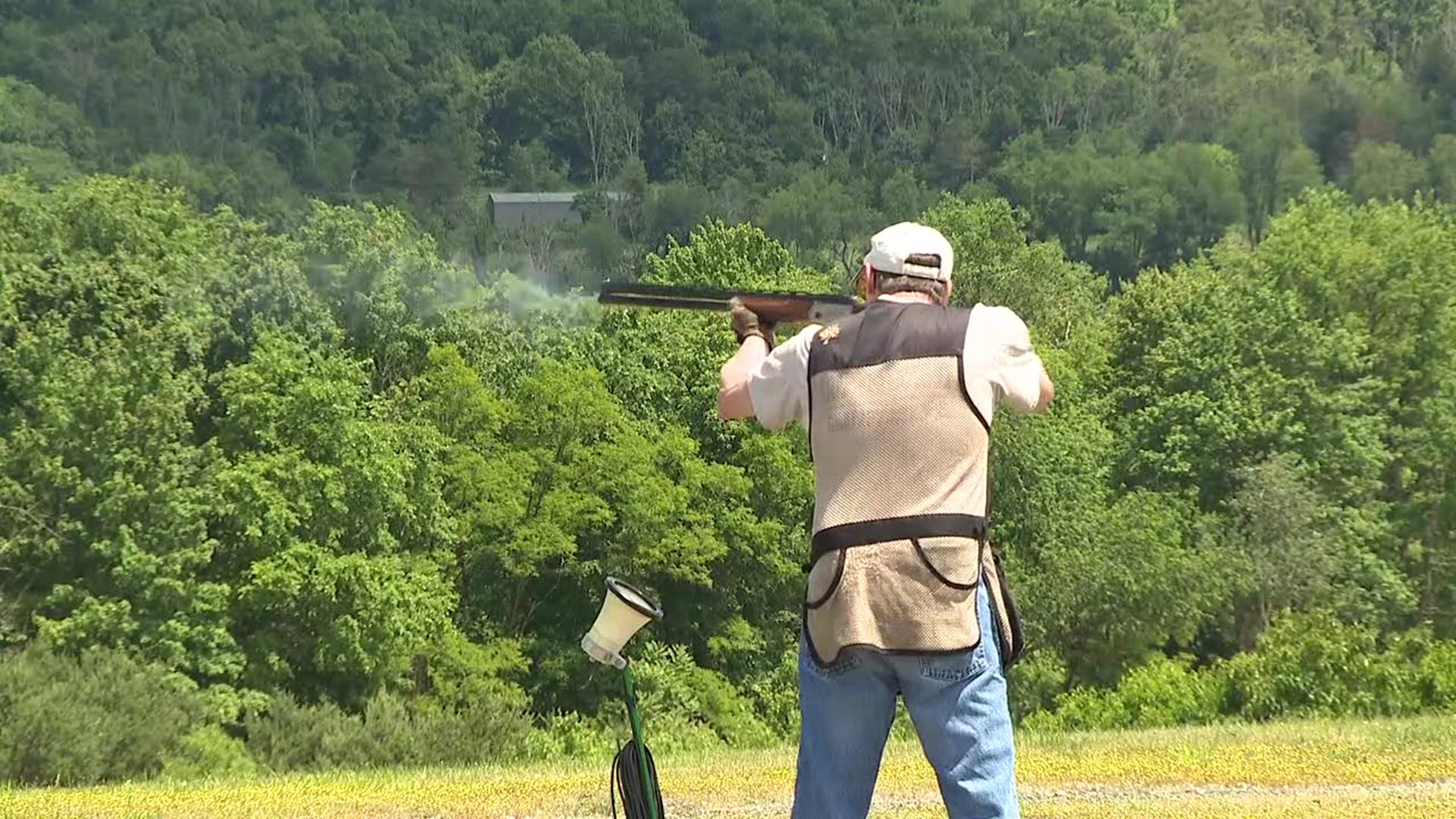 "Over the course of the week, we'll probably have more like 3,000, 4,000 that come through these grounds," Mike Schuler said.

With that many people, organizers were concerned they would have to reschedule. But PSSA president Mike Schuler says since the trap shooting event is held outside on more than 240 acres, it's easy to social distance.

Officials here are limiting the number of people inside the clubhouse. Masks are encouraged, and shields were installed.

Usually, there are quite a few shooters from Canada in this competition, but Schuler says due to coronavirus restrictions, they were not able to make it this year.

Even so, officials say enrollment is up in the adult competition.

"I think there's a lot of pent up desire to get outside and do something after the months we've been through this lockdown," Schuler said.

"All in all, they're running a really nice shoot this year with everything they've had to contend with. A lot of happy faces up here, I think," Valerie Diefenderfer said.

Valerie and Jan Diefenderfer of Robesonia have been coming to this event for more than 20 years.

"Nicer than normal actually, because I haven't been out too much," Jan Diefenderfer said.

Some shooters say they did not get much time to practice before this event because other competitions were canceled. Even so, they are happy to be here. The competition runs through Sunday.