COAL TOWNSHIP, Pa. — A family’s matriarch was rewarded in Northumberland County on Sunday for beating cancer for the second time. The goal she achie... 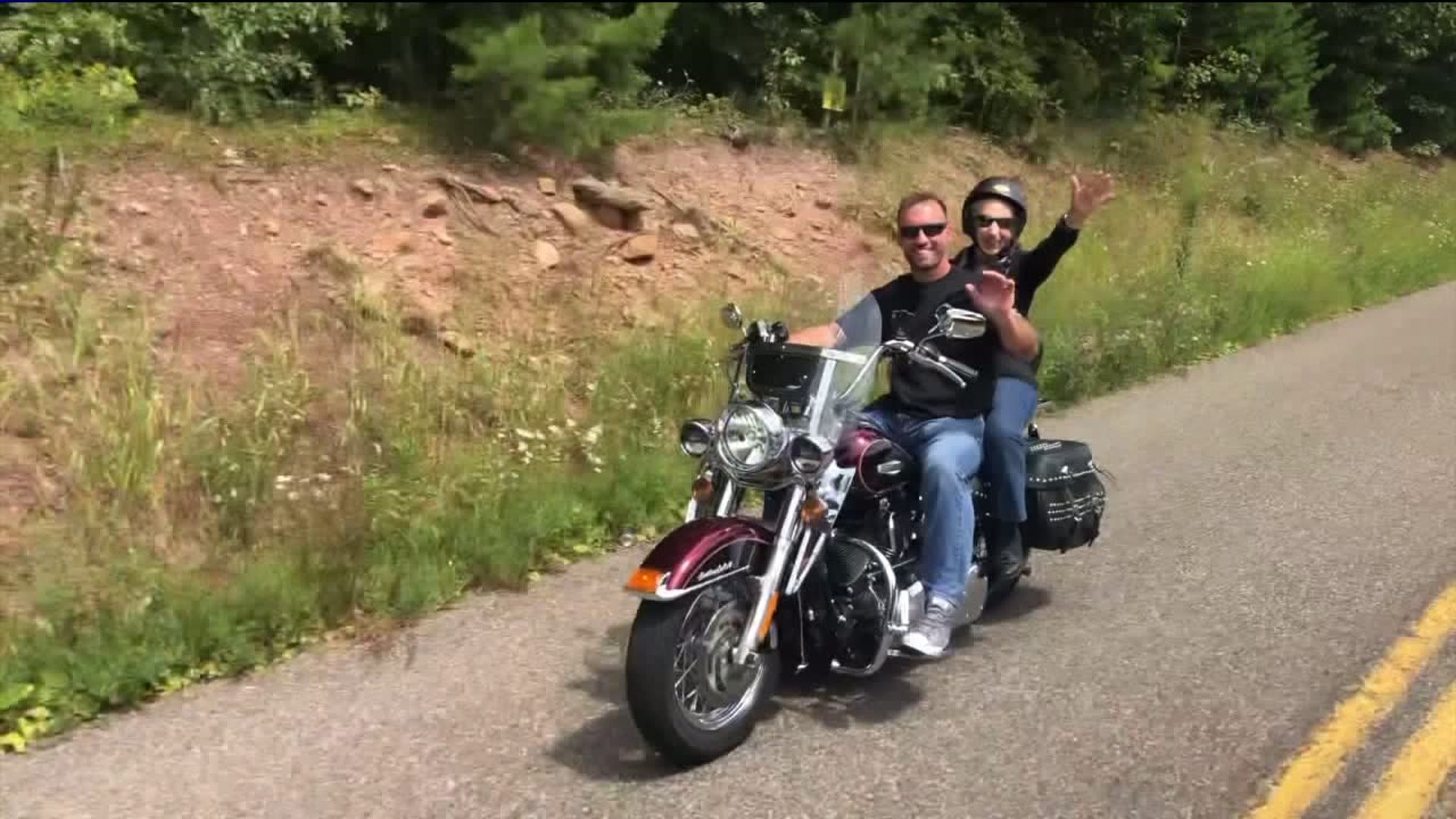 COAL TOWNSHIP, Pa. -- A family's matriarch was rewarded in Northumberland County on Sunday for beating cancer for the second time.

The goal she achieved is what she says pushed her through the dark times of her cancer treatments.

First, she strapped on the helmet. Then, Janet Bitterman hopped on the Harley and took off. But this wasn't just another motorcycle ride. This was a year in the making, and to get here, Janet had to fight and persevere.

"I had a lot of things go wrong with me," Bitterman said. "I was tired. I lost my appetite, sense of smell. I lost a tremendous amount of weight. My goal was to get better. This is what I was striving for."

What this 85 year old from Coal Township was striving for was to beat colon cancer so she could go for a motorcycle ride with her grandson. Following a year of treatments, Janet is officially cancer-free, marking the second time she's beaten the disease that affects so many.

"It was her motivation to fight her battle and get through all of her chemo," said Brenda Yoder, Bitterman's daughter. "Every time she told someone her story, her doctors, her nurses, everybody, everyone laughed and thought it was a great story. It was her inspiration."

For about an hour, Janet and her grandson drove through the back roads of Northumberland County with her family in tow and her wish granted.

"Last year was a wasted year of my life," Bitterman added. "I couldn't do anything inside or outside. This year, I haven't been able to do that much, but I'm getting stronger and getting more pep back to me."

Getting stronger and living it up.