Pocono 3C: Fresh start to get back on their feet

A program in the Poconos has been helping people back on their feet in many ways. In this special report, see how a cleanup program is giving people a fresh start. 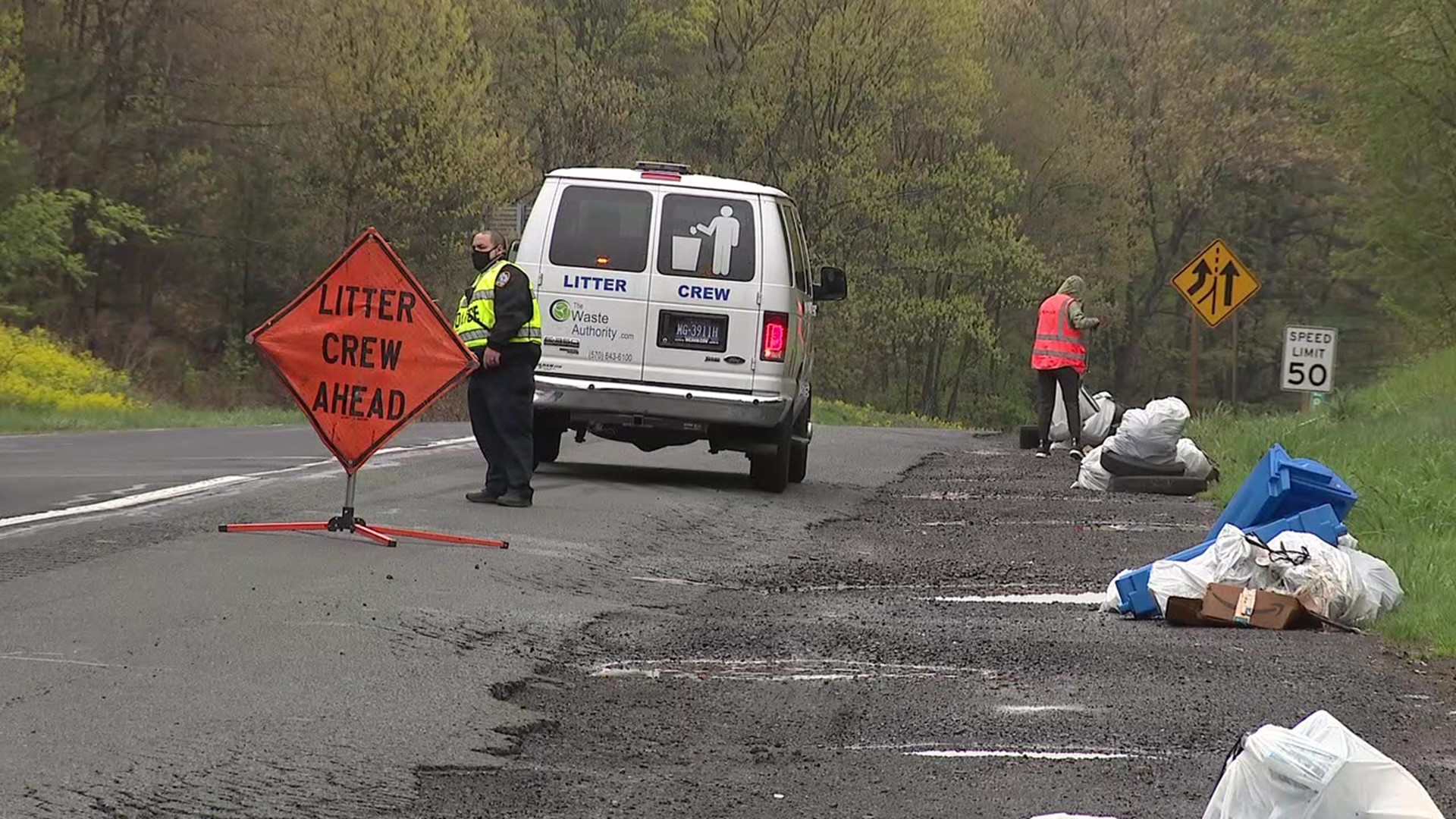 MONROE COUNTY, Pa. — Three times each week, Officer Cruise shuts the door to this van and parks it on a highway ramp in Monroe County. This stop off Interstate 80 east near Tannersville is one of many where trash is being picked up by people like Colleen Thomas from East Stroudsburg.

"It gives me something to do, and it helps the community," Thomas said.

Thomas is part of Pocono Community Caring Company or Pocono 3C. The group picks up trash in areas many of them have called home.

"It's literally getting them from the streets and onto their feet," Netoya Nevarez said.

Pocono 3C was designed to give people who are homeless or in danger of becoming homeless a job to get back up on their feet.

These people often face difficulties finding work due to not having an ID or address, not having a bank account, or having a minor criminal record.

It's a partnership between the Pocono Mountains Visitors Bureau, the Municipal Waste Management Authority, and Street 2 Feet, an organization in Stroudsburg that helps people without homes.

"Not only does it allow them to gain skills, keep them occupied, and give them a couple of dollars in their pocket—they earn a gift card of $50 each time they go out—but it also helps clean up the environment," Nevarez said.

The program launched in June of 2019. Pocono Mountains Visitors Bureau pays for the gift cards.

At least 26 crew members have saved enough money to buy daily necessities like food and clothing.

The purpose of all of this is to get people from the streets and onto their feet just by picking up trash. One man from Monroe County exceeded all expectations and made a career out of it.

Joseph Chiariello is the familiar face many people look for when they drop off their paper, plastic, and cans at the Municipal Waste Authority's recycling site on Military Road in Stroudsburg.

Chiariello's hard work and dedication to Pocono 3C landed him a job with the Municipal Waste Authority and put him in a much better place than he was a few years back.

"I just became homeless. It was new. The depression was real bad, and I didn't know what was going to happen."

Chiariello spent a few months bouncing between Salvation Army homeless shelters and outdoor camps. He knew homeless life wasn't the way he wanted to live and joined Pocono 3C in 2019.

"This company, they opened the doors for me. They gave me an opportunity to build myself back up, and that's exactly what I did. I have a good paycheck coming in. I got myself a house. I got my dog back. Everything in life is picking back up again," Chiariello said.

"To hear such a successful story like Joe's, everyone needs to hear it," said Capt. Jacqueline Bagu, Municipal Waste Authority.

Chiariello says the Pocono 3C program is foolproof as long as you follow the path.

"To make the program work, you have to put in too. They are giving you everything they have, and you just have to match that and take care of what you need to take care of, and then you can go anywhere. The sky's the limit."

Pocono 3C crews have picked up almost 6,000 bags of trash, cleaned more than 250 miles of roadway, and have taken people like Chiariello from the streets to back on his feet.