MONTOURSVILLE, Pa. — When aviation students come back to Penn College in the fall, they’ll have some new equipment to work on, thanks to a large don... 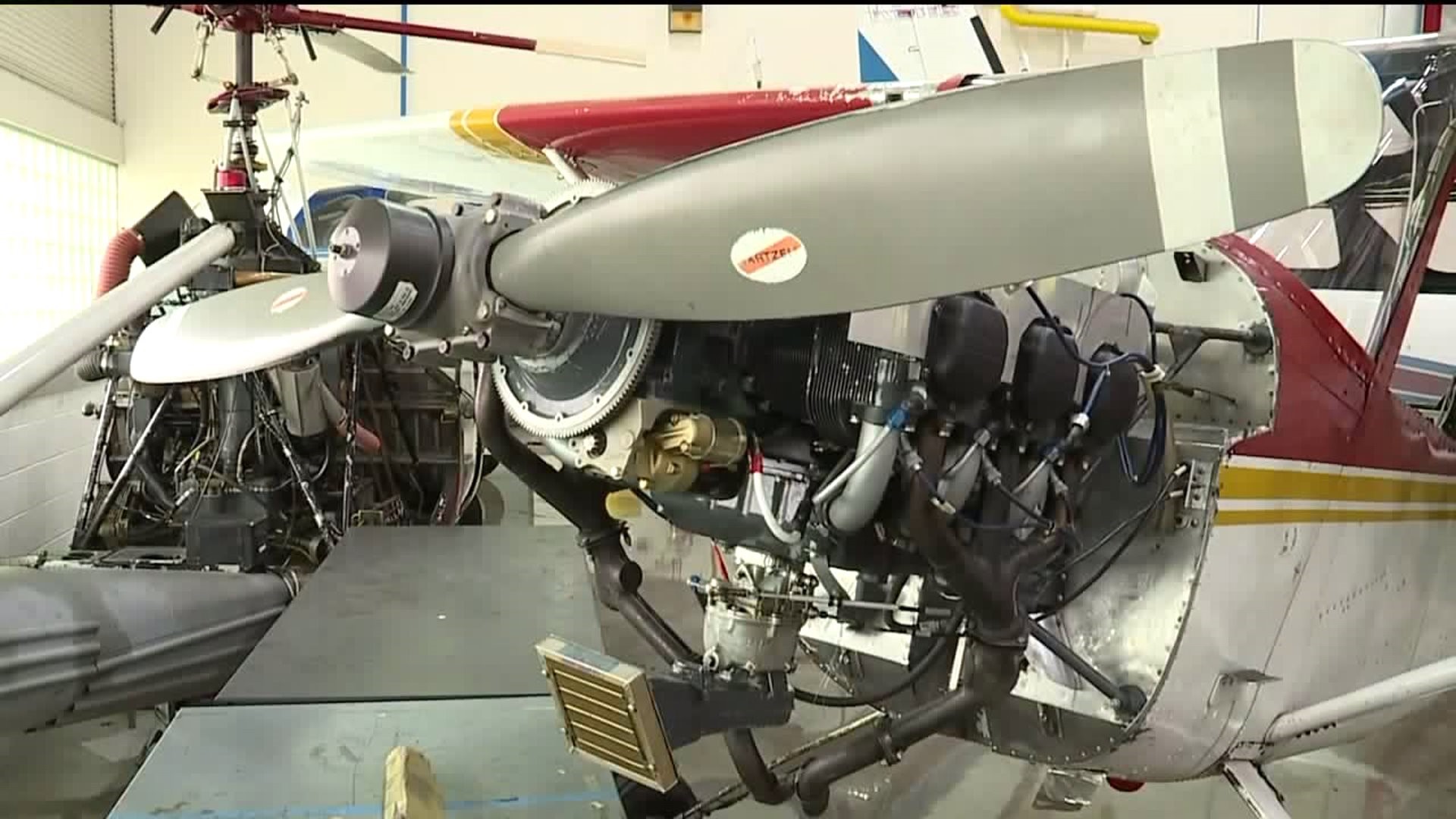 MONTOURSVILLE, Pa. -- When aviation students come back to Penn College in the fall, they'll have some new equipment to work on, thanks to a large donation from Lycoming Engines.

There is plenty to look at walking through the hangar at Penn College's Lumley Aviation Center at the Williamsport Regional Airport.

A new addition is hard to miss. There are 15 engines which were donated by Lycoming Engines.

"They're the mainstay for general aviation airplanes," said Chris Gayman.

Gayman is a supervisor of product support for Lycoming Engines which makes engines for the aviation industry. Gayman is also a 2010 Penn College graduate. Students in the aviation program use engines as part of the curriculum.

"Completely disassemble them down to the nuts, bolts, parts, crankshaft, camshaft, do all kinds of inspections. They'll clean them and reassemble them, and then follow up classes. They'll reassemble the engines and run them," Wally Gower of Penn College said.

According to Penn College officials, the current engines are more than 20 years old.

"When I was here, they were getting a little old, so I thought it was time to give back to the students," Gayman said.

Gayman helped secure the donation of 15 engines to his alma mater. The engines are worth more than $315,000.

Gower says this will be more like what students will see in the workforce.

"The engines won't come apart as easy, and they'll have a little bit of difficulty, but that's a good learning experience for the students."

"Penn College is a good partner and we know that we can trust them with all of this stuff and it goes to good use," Gayman added.

The engines will be put to good use when the students come back to class in the fall.