Forty years ago, a group of striking workers from the Times Leader newspaper put out their own paper, and it’s still publishing today. The Citizens’... 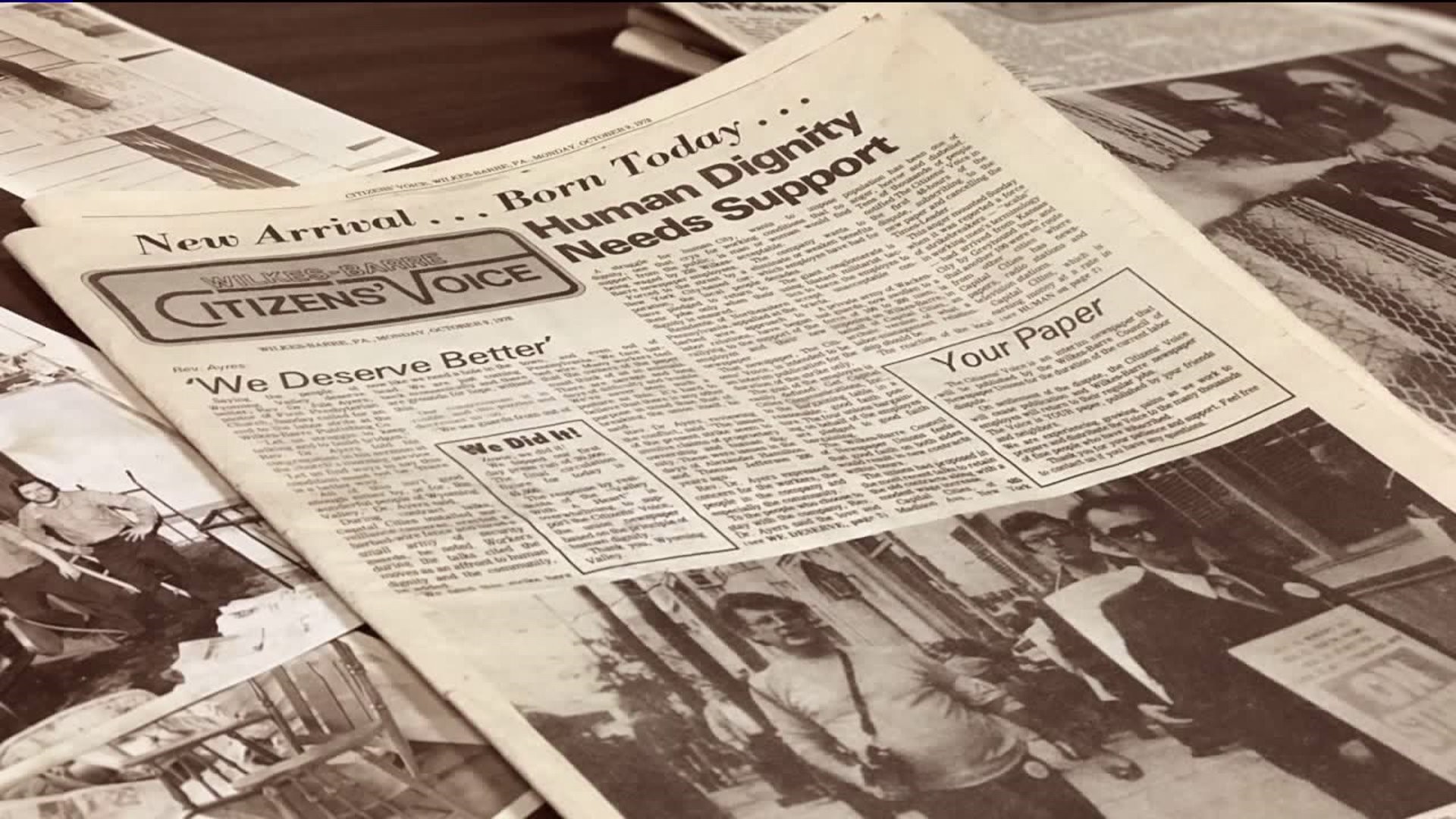 Forty years ago, a group of striking workers from the Times Leader newspaper put out their own paper, and it's still publishing today.

The Citizens' Voice was started by a group of striking union workers who were determined to bring their message to the people of Wilkes-Barre and Luzerne County.

The first edition of the Citizens' Voice newspaper hit newsstands in the city of Wilkes-Barre on Oct. 9, 1978.

Workers went on strike after a company called Capital Cities took over the Times Leader in 1978. The newspaper unions got upset claiming that Capital Cities started to slowly try to take away one thing after the other from their contract. Workers said the issue was not about wages, but human dignity.

“They were of the mindset. We’ll pay you. We won’t attack your salary, but we want total control over you. We’re going to attack your sick leave,” said Pat Rushton, former Citizens’ Voice reporter. “Your health care, no one paid for health care back in 1978. They wanted us to start paying for health care.”

“This was historic. This was really historic," Paul Golias, former Citizens’ Voice reporter said. "This was one of the last great labor battles in Pennsylvania and even nationwide.”

Golias was a union leader in 1978. Rushton was the union's vice president.

"I went into the newsroom and announced we were going out on strike," Rushton recalled.

"This thing came together in about three weeks," Golias explained. "People were bringing in their old typewriters from home. We were using folding tables as desks."

And the newly launched Citizens' Voice in October of 1978 had support. The strike came during a time when unions were strong among our area's workers.

“Back in 1978, this area was still a strong union area, and you had people who worked in the mines, the railroads, the dress factories,” Rushton added. "And their kids were the ones delivering the newspapers. So when we went out on strike, we had that initial support, and they just stayed with us--I say us--40 years later."

"Our coverage was solid because we knew the community. We weren't bringing in reporters from out of town. Our people were local people," said Golias.

Along with the rise of a paper came the fall of friendships.

Something that's faded is the once strong animosity between the Times Leader and the Citizens' Voice.

"Nowadays, I think of all of us in media kind of work together. It's a little more civil than it used to be," Kalinowski said.

Not only is the Citizens' Voice still thriving today, it is still competing with the Times Leader.

Newswatch 16 did reach out to the people at the Times Leader to hear their take on this historic day and anniversary, but they declined to comment.

To both of their credit, Wilkes-Barre is one of the few cities in the country still publishing two daily newspapers. Some single newspaper cities struggle to put out a paper three times a week.

"I haven't worked here since 1981. I have friends of mine to this day will say to me, 'Your newspaper,' or 'I saw something in your newspaper,' " Rushton said. "It makes me proud that I had a part in building this newspaper from the very beginning."