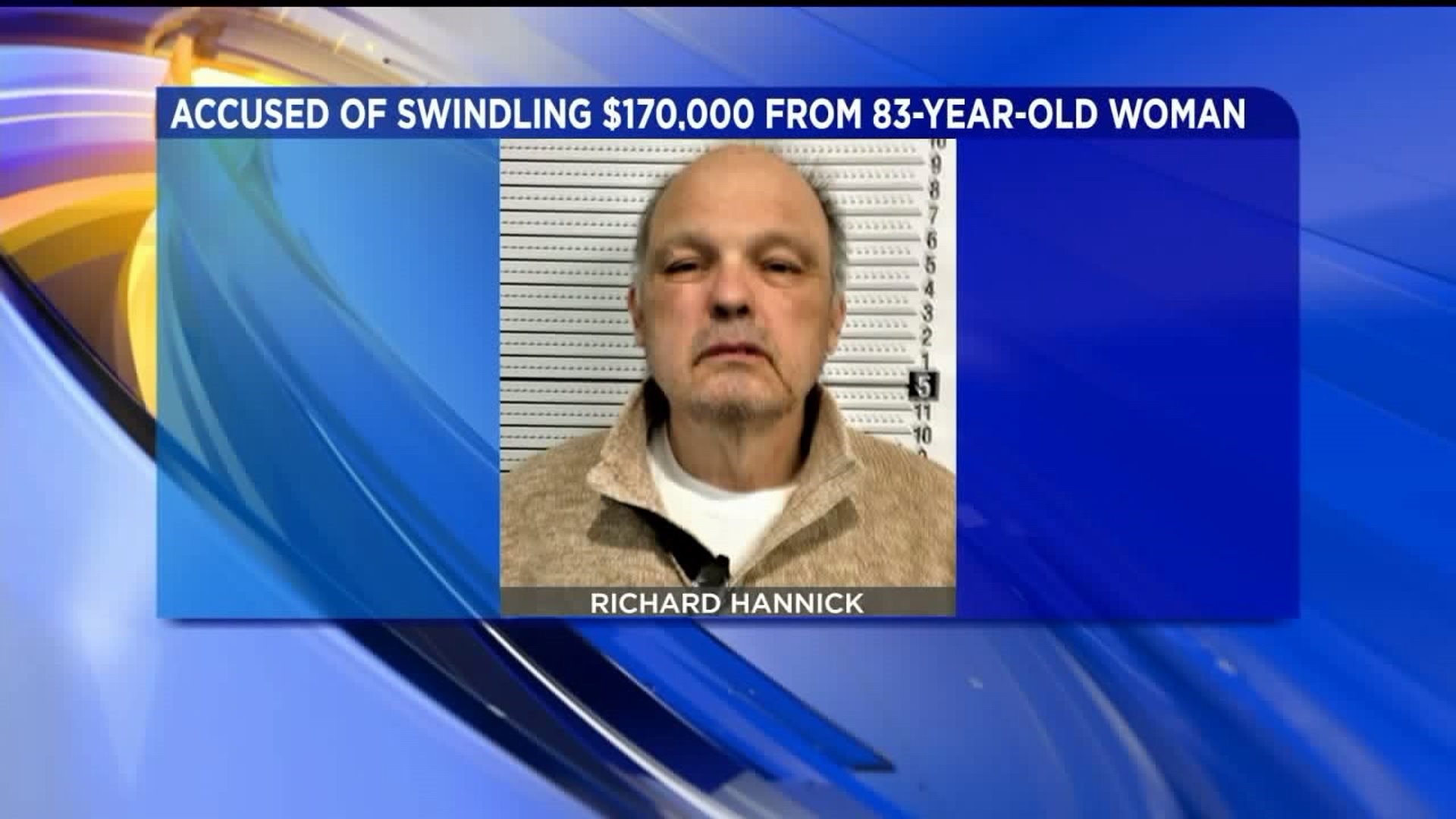 According to arrest papers: it all started at Mohegan Sun Pocono Casino in July of 2017 when Hannick met the woman.

After meeting, Hannick told the victim he was in a bind with money. The woman from Wright Township felt bad and gave him $100 so he would leave her alone. Moments later, Hannick returned, asking for money to use at the casino. The victim then handed over $700 in casino cash.

Hannick then told the victim he could help her daughter get a job and convinced her to give him more than $1,000 to convince his cousin to hire her.

The next day, after Hannick said he wanted to pay the woman, the two met up again at a McDonalds in Mountain Top. He told her his wife froze his 401K account and that he owed taxes on an expensive home in Florida. He also gave her a false name and address.

The two then went into a bank in Mountain Top together. The victim withdrew $5,000 and gave it to Hannick.

This happened several more times over the next few months, including a $20,000 withdrawal from a bank in Scranton and other withdrawals from banks in Wilkes-Barre Township, Wilkes-Barre, and Hanover Township.

The victim stated to police that at one point she was crying before going into a bank and Hannick said, "Stop crying or they won't give you the money."

Finally, in August of 2017, the daughter of the victim noticed that nearly $200,000 was missing from their joint account.

That's when investigators got involved.

On April 8, Hannick was arrested and arraigned the following day. He's been hit with a slew of charges, including 12 counts of theft by deception.

In addition, Hannick is also facing more charges for stealing close to $3,000 from other individuals.