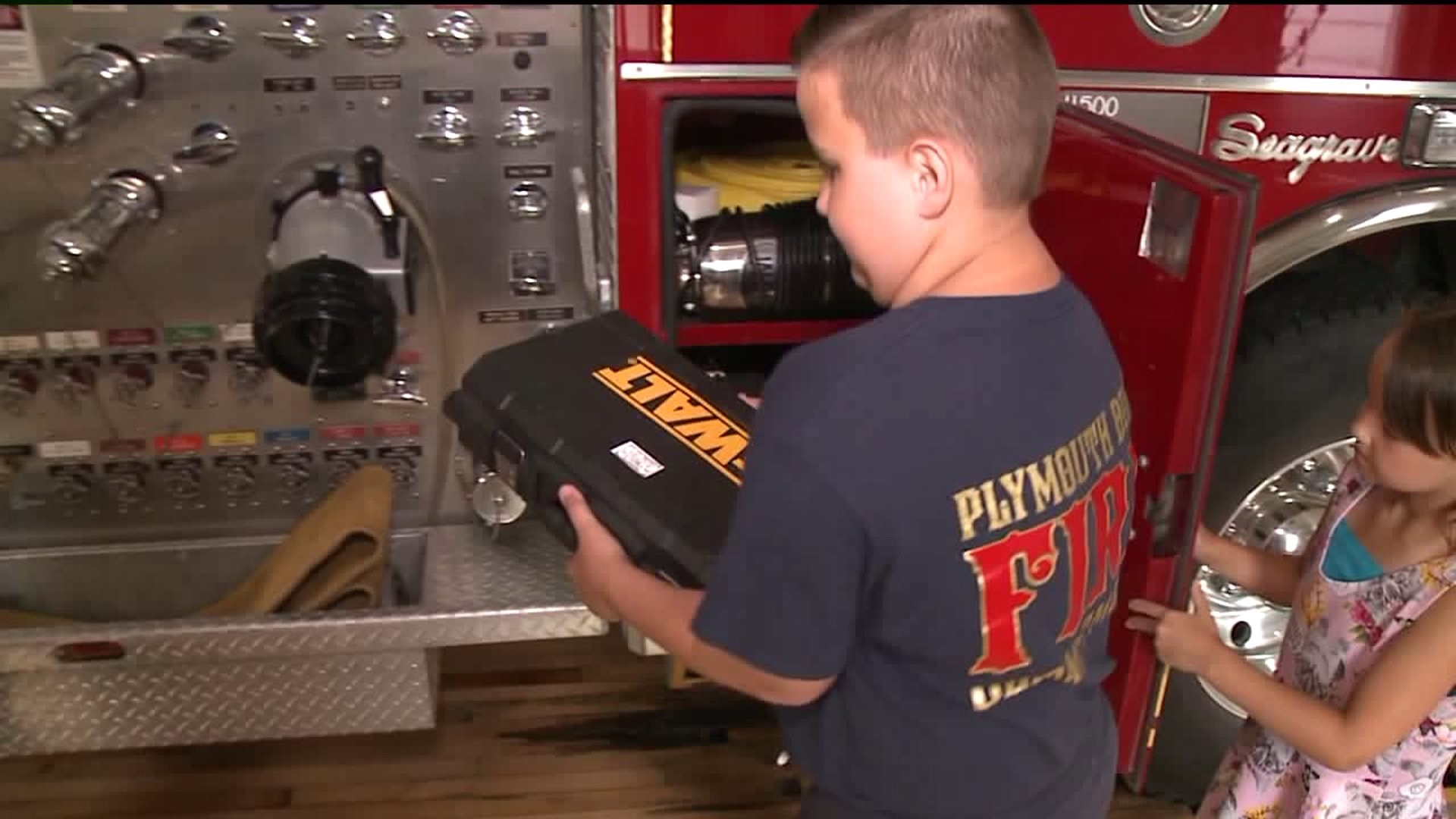 PLYMOUTH, Pa. -- A junior firefighter in Luzerne County is on a mission to help his fellow firefighters.

Chief Brian Oppelt says junior fire chief Brian Lyons is a big help at Elm Hill Hose Company No. 3 in Plymouth. He doesn't join the crews on emergency calls, but he helps in other ways.

"Through the past couple months, he's been selling lemonade at his lemonade stand and donating all the money to the fire department," explained Chief Oppelt.

10-year-old Brian has bought tools for the station with his donations, but now he has his eyes set on something bigger. He wants to raise enough money to buy this fire company the Jaws of Life.

"It's just a necessary tool. My wish is to put it on this truck and never have to use it. Yeah, he heard we didn't have one and he's on a mission now," added Chief Oppelt.

"Why do you think it's important here for the crew to have the Jaws of Life?"

"So they can help more people (in) crashes," Brian Lyons replied.

Now Brian has taken to Facebook to help raise the $14,000 for the device.

In the post he says, "I don't care if I have autism. There's ways I can help and I WANT to do this for my station."

"Once he gets something on his mind, he doesn't quit until it's done," said Brian's mother Linda Uren.

The fire chief at Elm Hill Hose Company No. 3 tells Newswatch 16 it's touching to see a child be so selfless for his community.

"Kids at his age get that kind of money and they want to buy bicycles or ice cream or candy or anything. The last thing on their mind is donating it," added Chief Oppelt.

Brian's mother says she's thrilled he's accepted by the people he looks up to.

"It's just nice that he's accepted, and you know he's learning everything that anybody else would want to know," adds Uren.

If you'd like to help Brian and the Elm Hill Hose Company, you can visit his fundraiser here or visit Brian's lemonade stand at the Plymouth Kielbasa Festival next month.