YATESVILLE — It’s been one month since a corrections officer was killed while on duty at a federal prison in Wayne County. Officer Eric Williams was alleg... 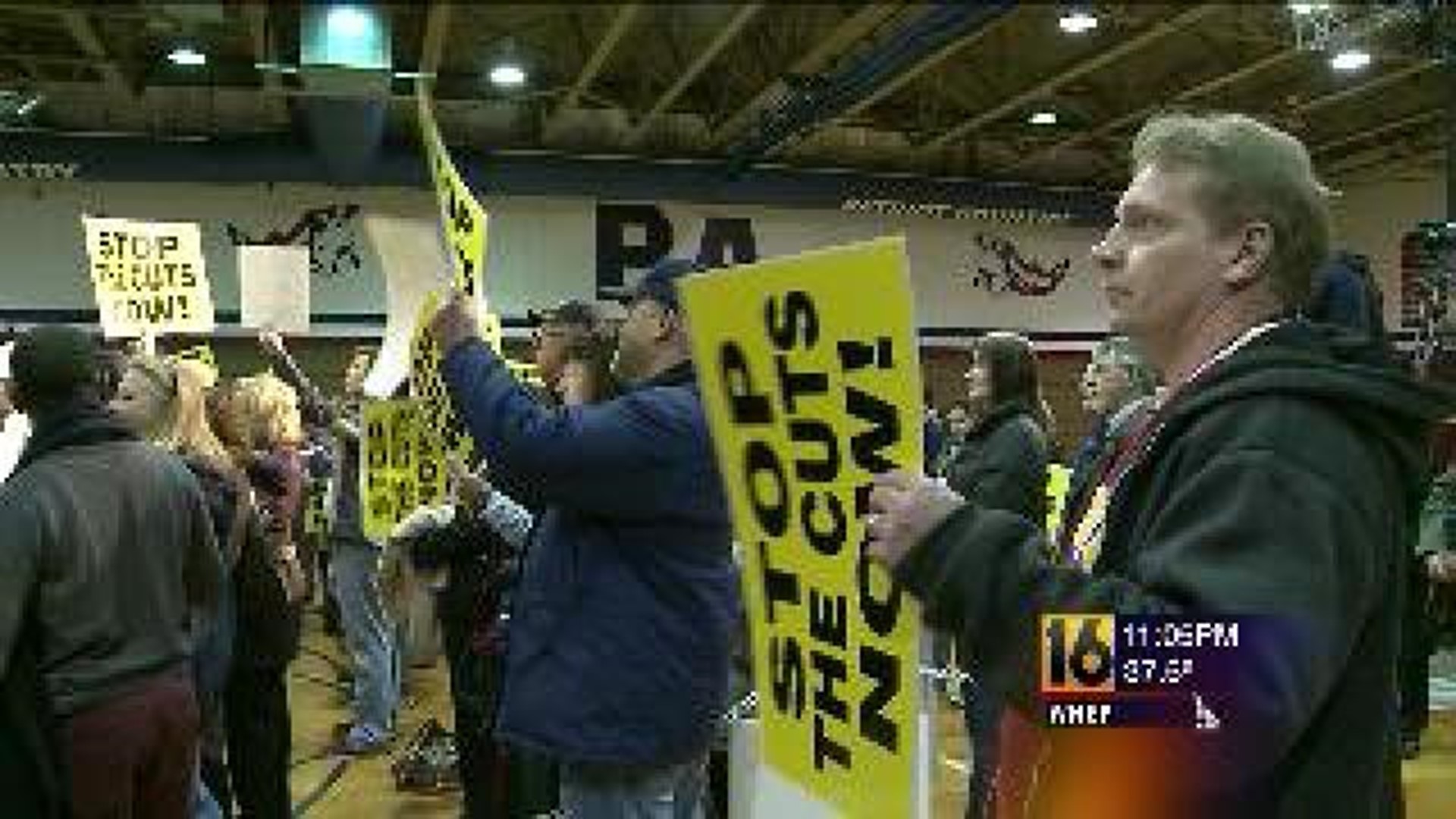 YATESVILLE -- It’s been one month since a corrections officer was killed while on duty at a federal prison in Wayne County.

Officer Eric Williams was allegedly stabbed by an inmate at the facility near Waymart.

Wednesday night we heard for the first time from a fellow officer who works at that prison. Federal workers joined forces at the gymnasium at Pittston Area High School to protest the spending cuts being threatened by the federal government.

Among those in attendance were some corrections officers from the federal prison near Waymart who said they are worried about the financial future of federal prisons across the country.

“The attorney general gave us a lump sum of money to keep the prisons up and running until September,” said Officer Darrell Palmer. “Once September reaches, we don't know where we're going to be at.”

This rally comes a month and two days after one of their fellow corrections officers was allegedly stabbed to death by inmate.

The FBI is still investigating the death of Officer Eric Williams who officials said died on February 25 after being stabbed by Jessie Con-ui.

“He was one of our brothers. We loved him and he'll never be forgotten and we have a lot of great things planned in memory of him, and he's one of us,” said Palmer.

Officer Darrell Palmer said he has worked for 23 years as a corrections officer, eight of those at the prison in Canaan Township.

He would not talk about any details of Williams' death or any security issues at the prison. However, he said that staffing numbers have dropped at federal prisons across the country in the past 20 years. He and other correction officers are concerned the potential sequester cuts could lead to more loss of staff.

“Basically it boils down to the more the staffing you have, the safer prisons you would have naturally and we just want the staffing amounts to be where they were," said Palmer.

Prison records show that inmate Jessie Con-ui was sentenced to life in prison for a killing in Arizona in 2002.

He was serving time in Wayne County on federal drug charges.

Court records show after the stabbing, Con-ui was moved to a federal prison in Williamsport, where he is now under investigation for Williams’ death.