‘Christmas Pothole’ in Wilkes-Barre to be Repaired

WILKES-BARRE, Pa. — A gaping hole in a street in Wilkes-Barre may be fixed as early as Tuesday after neighbors planted a Christmas tree in it last weekend... 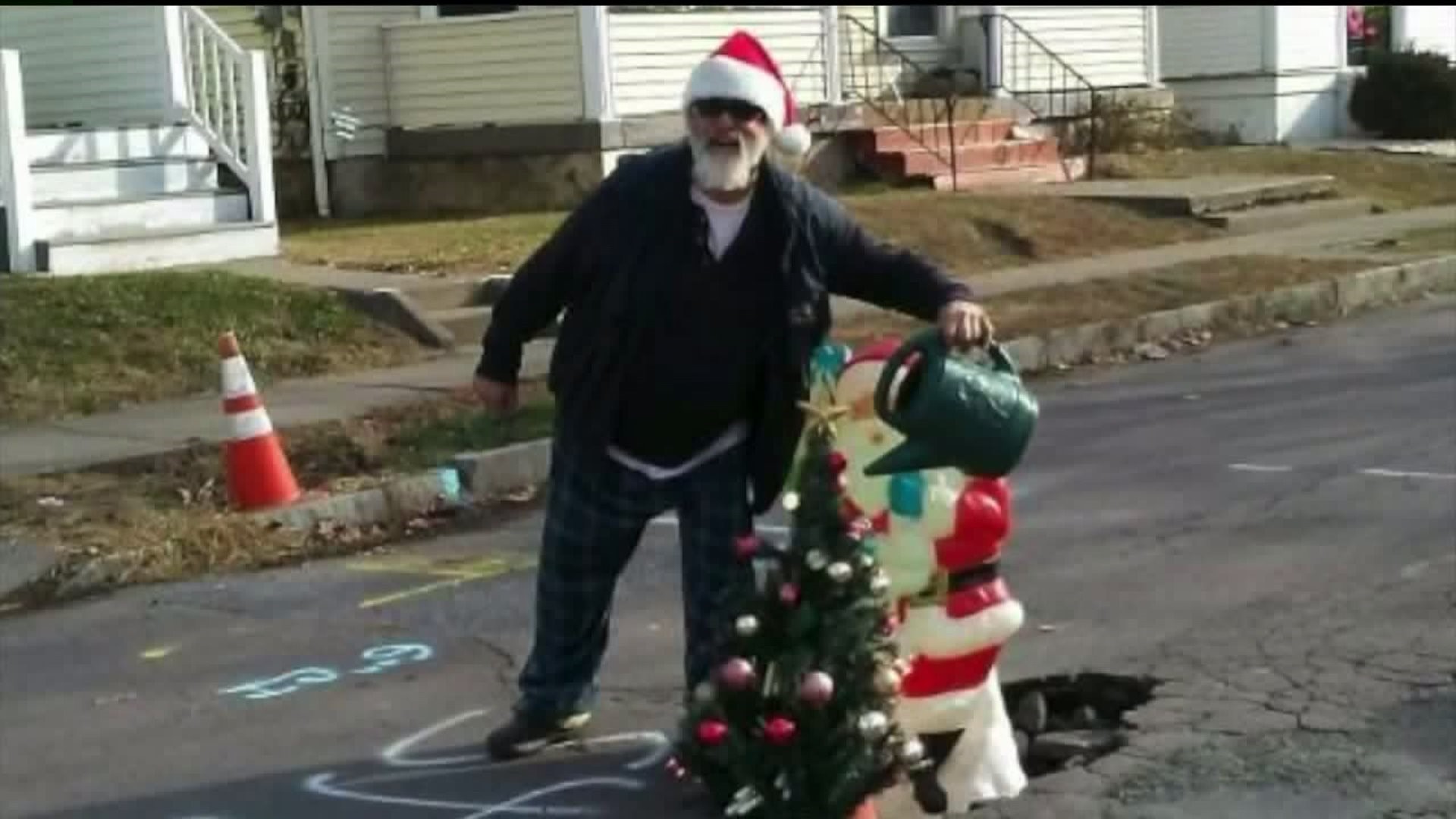 WILKES-BARRE, Pa. -- A gaping hole in a street in Wilkes-Barre may be fixed as early as Tuesday after neighbors planted a Christmas tree in it last weekend.

Neighbors were fed up that the sinkhole in the middle of Sturdevant Street was getting bigger over the past few weeks without a fix.

Now it seems their festive way of calling attention to the problem may have crews out to fix the problem soon.

There's a metal slab over the sinkhole now, but over the weekend, an artificial Christmas tree with ornaments and star stuck out of the hole -- all the handiwork of Marietta Spak.

"I was upstairs in the attic and was looking for more Christmas decorations and thought that would look nice in the hole," said Spak.

Spak pulled the fake fir from her car. It was her attempt to keep drivers from hitting the hole and bring attention to what she believes is a safety issue.

"It can cause so many problems with these holes. That's not just a pothole. That's sinkage, and it's starting to spider web," Spak said.

Gary Muchler has lived in this neighborhood for more than 60 years. He and others have only grown more frustrated as the hole grew and grew.

Eventually, a Santa Claus fit in the hole with the tree and then Muchler posed with a watering can for his wife.

"We walked down here. She took a picture. Next thing you know, her phone was blowing up like crazy," said Muchler.

The Wilkes-Barre DPW was aware of the sinkhole and the holiday decorations.

"We have a lot of comedians in the area who put trees in there. I think it's funny, too, Christmas spirit," said DPW worker David Iskra.

Now, it looks like the sinkhole will get fixed but only after a tree, Santa, and social media drew attention to a problem for this Wilkes-Barre neighborhood.

"We took something ugly and we made it prettier. 'Tis the season, right?"

The company paving streets for Wilkes-Barre says the fix could be done by Tuesday.

City officials say the weather wasn't a factor in delaying a fix. The company was backed up with other jobs.