There has not been a cloud in the sky the last few days, but still, it has been very gray in northeastern and central Pennsylvania. 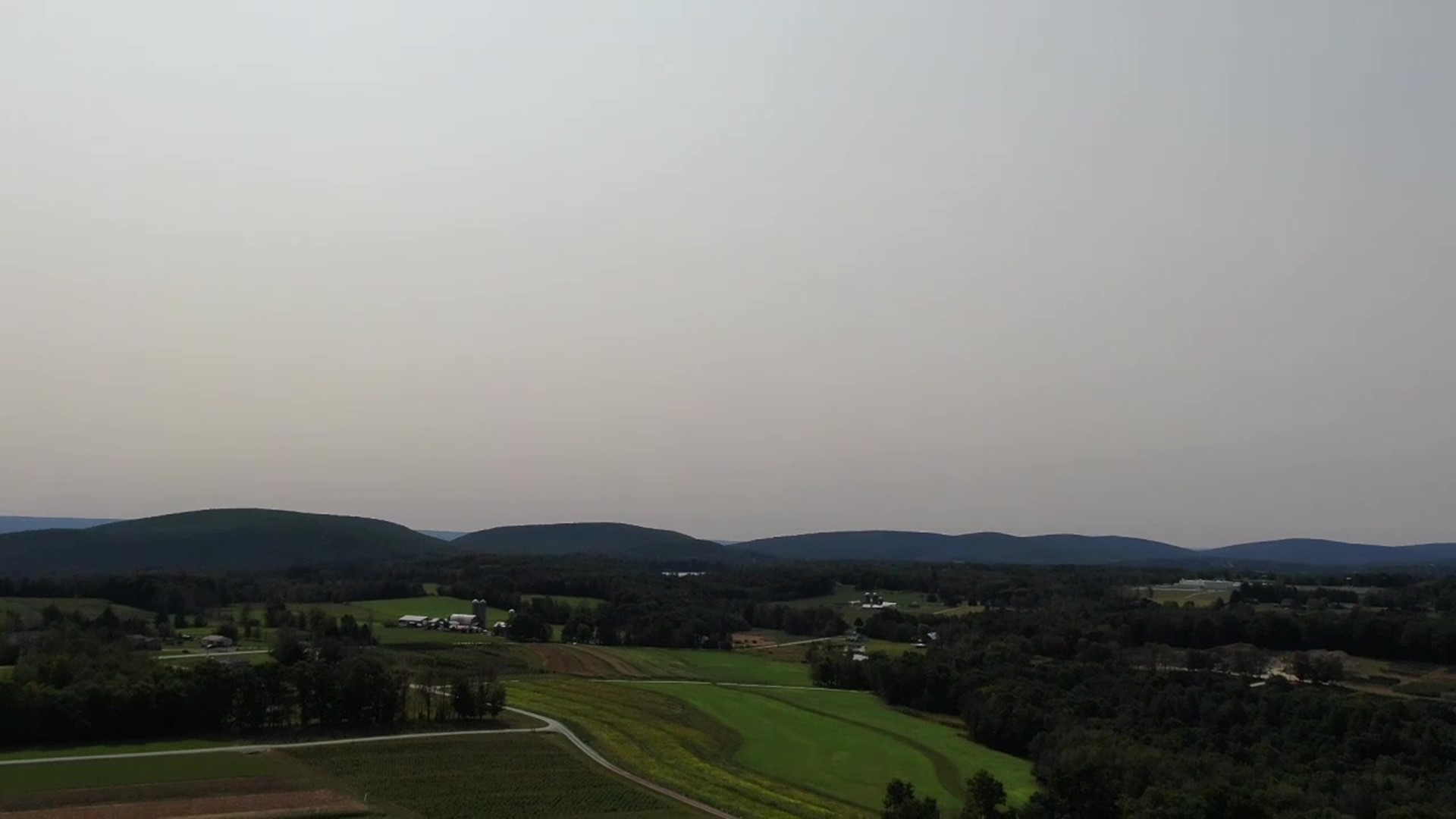 LA PLUME, Pa. — For days, we have not had a cloud in the sky in northeastern and central Pennsylvania, but you may have noticed how gray it has been.

"What it's really doing, it's going up in the atmosphere and getting caught in the jet stream, that's what brings us here. The westerly winds, the way the winds go," said Valorie Titus, professor of wildlife and environmental sciences at Keystone College.

Smoke is drifting from the wildfires out west, so even though it is a thin layer of smoke high in the atmosphere, it is still making our blue sky look awfully hazy.

"It's the natural movement of air, but since there's so much smoke and so many things burning, I mean California is at two million acres and growing. That's why we're seeing the effects of it here," Titus said.

Titus is a professor of wildlife and environmental sciences at Keystone College. This week, she is discussing with her students how the drifting smoke is impacting us here in Pennsylvania.

"Really seeing this at a much higher atmospheric level than we would see if we were actually out west. Some of my colleagues and friends that live in Portland and California have very poor air quality. Here, it may shade the sun a little bit, but since we're all wearing masks anyway, any of the particulates that come down here are not really going to impact us," Titus explained.

While our air quality this far east might not be affected, Titus says experts are concerned with migrating birds and how the smoke in the atmosphere is impacting them. It's prime migration time, but more and more are not surviving, especially farther west.

"Probably because they're being caused to migrate sooner, or change their migration patterns, or literally, fly through the smoke, and that's impacting their ability to survive as they're migrating south."

According to the National Weather Service, the hazy sky has even kept our high temperatures down a few degrees this week here in Pennsylvania.

RELATED: LA mayor on Trump's response to wildfires: 'This is climate change' not just about forest management