MOOSIC, Pa. — Volunteers in Lackawanna County are working to restore a piece of history: a trolley car that hasn’t been in service since the 1950s. ... 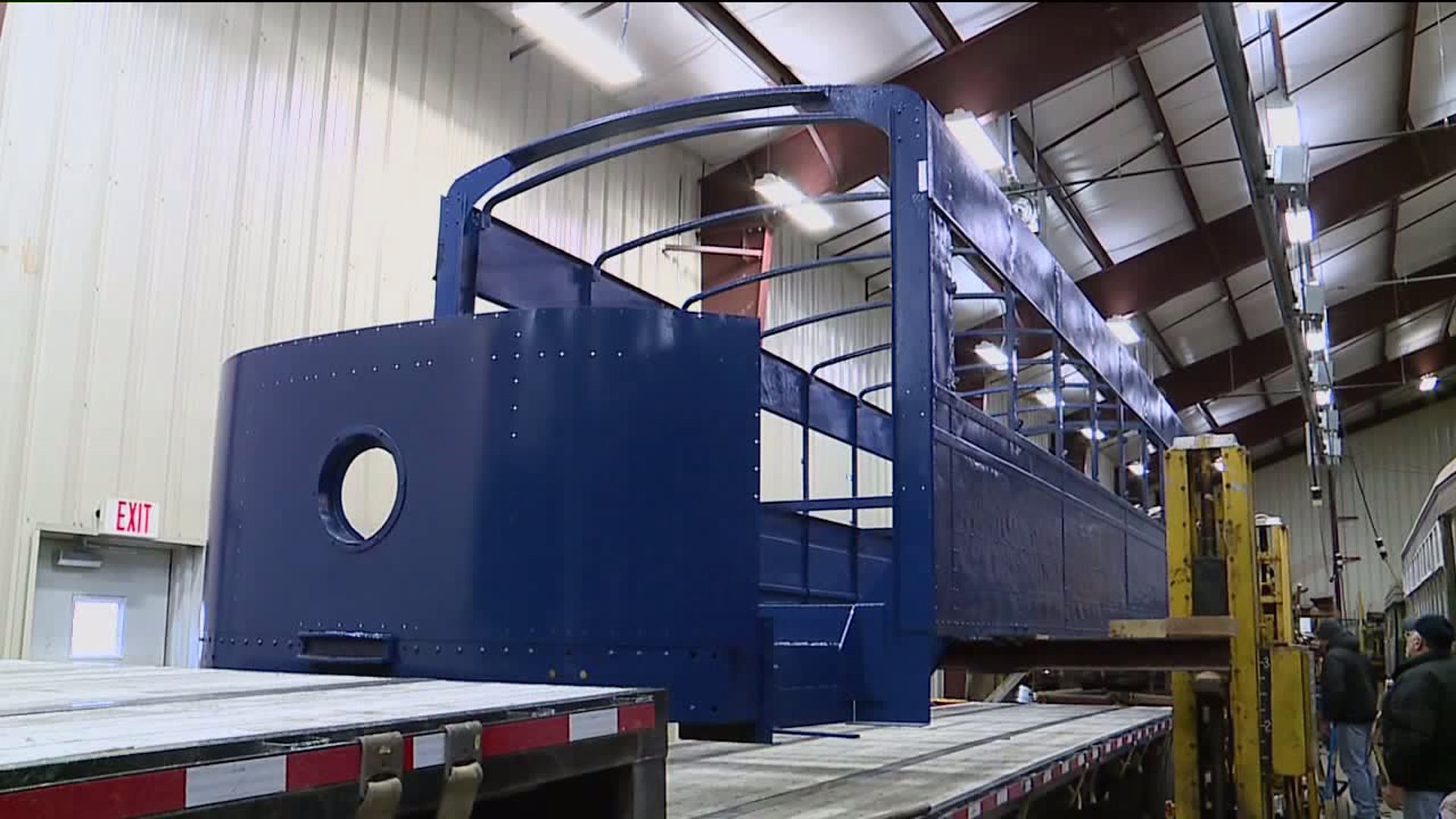 MOOSIC, Pa. -- Volunteers in Lackawanna County are working to restore a piece of history: a trolley car that hasn't been in service since the 1950s.

Between 1929 and 1954, 10 Electromobiles provided trolley service over the remaining lines of the Scranton Railway Company. In fact, history buffs say it's how Scranton got the nickname "The Electric City."

Volunteers are working to restore one of the two remaining trolleys in our area and marked a major milestone in the process on Saturday.

Just a hollow frame now, it once provided metro transportation in Scranton as Electromobile #505. It was one of a fleet of 10 that cruised around the Electric City more than 60 years ago.

"From that point on, it's been out in the weather rusting and deteriorating, so we have quite a job to do to get this back on its tracks," said Jim Wertz, 505 Committee member.

Wertz is part of the 505 Committee, a group of volunteers working to restore the trolley car. He says the way it looks now is much better than when he found it.

"It looked like a rusted dumpster to tell you the truth. Most people would have junked it right away, but for us, it's a historic item worthy to be saved, the last final trolley of the Scranton Transit Company," Wertz said.

"It helped develop the area. It was the main source of transportation after horse and wagon. It's nice to bring something back that's original to the area, and it'll be one of two trolleys that will be here from Scranton that will be in operation also," said Norman Barrett, 505 Committee member.

On Saturday, the trolley was moved from Moosic to Honesdale where volunteers will continue to restore it.

Members of the 505 Committee tell Newswatch 16 the end goal is to have the trolley car at the Electric City Trolley Museum in Scranton. Visitors tell us that they are excited about the project.

"We're the Electric City because of that, and I enjoy local history, and that's a tie, you know," said Charlie Kumpas of Clarks Summit. "We're going to be able to sit on it, ride on it when it's going again, and not too many places you can do that."

Members of the 505 Committee say if you want an idea of what it will look like when it's finished. You won't have to look much farther than WNEP's backyard.

"It's not an actual model of the 505, but it represents what the 505 will look like once it's running. Of course, we can't run the real one around the tree in the backyard," said Barrett.

Members of the 505 Committee say it will take close to three more years to collect enough donations and complete the project.