DUNMORE, Pa. — It might not look like it while he’s playing with his friends, but eight-year-old Luca Burgio has a lot on his mind. He was diagnosed with ... 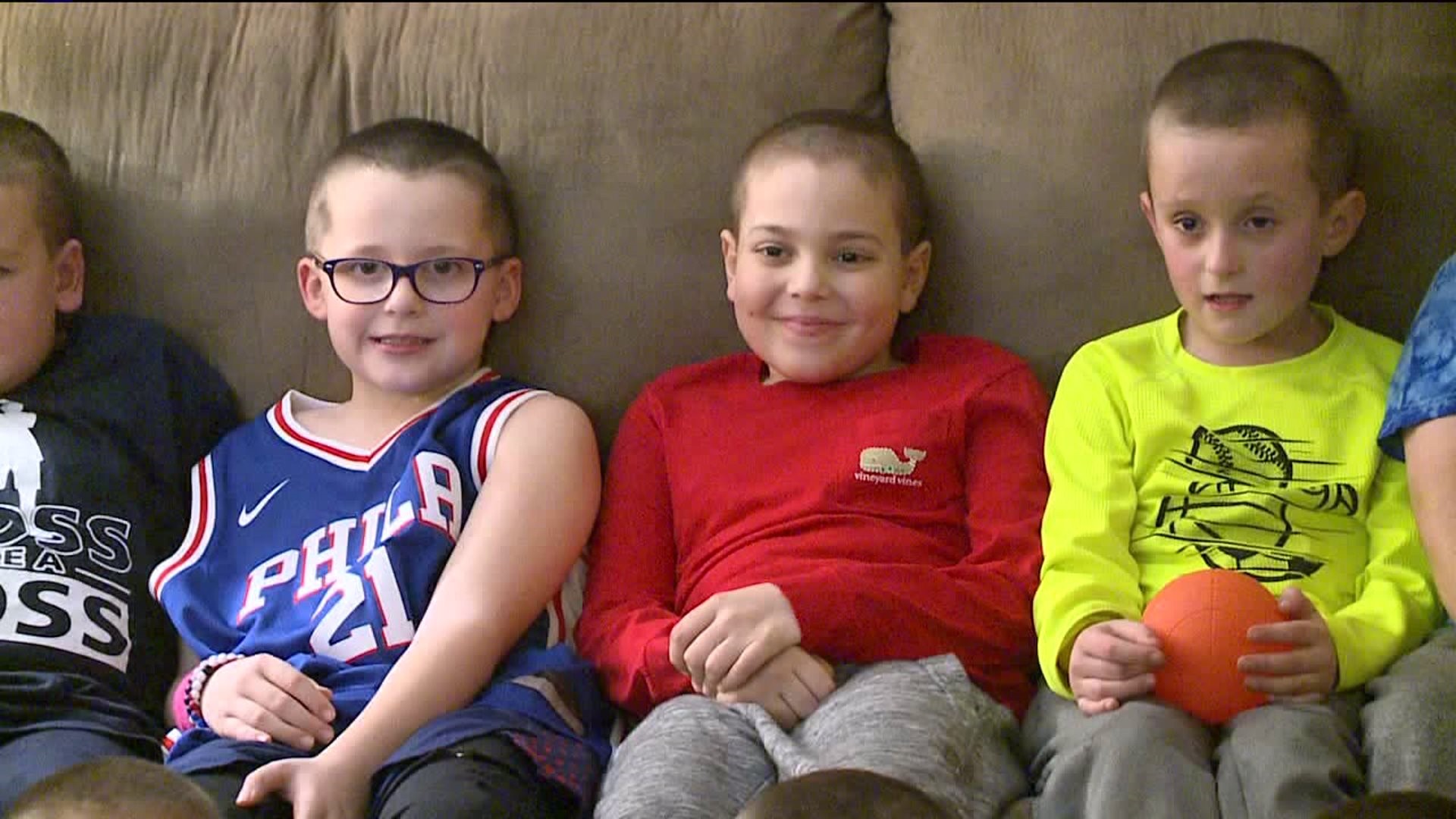 DUNMORE, Pa. -- It might not look like it while he’s playing with his friends, but eight-year-old Luca Burgio has a lot on his mind.

He was diagnosed with Leukemia in September and was worried about being bullied after losing his hair during chemotherapy.

However, at a party thrown by his classmates in Dunmore, his best friends in second grade showed him losing your hair is nothing to be worried about!

“I was just so happy, I wasn't worried anymore and I was fine,” Luca said.

Ten of Luca's classmates all volunteered to have their heads shaved too.

“It's beyond what I could've ever expected from these seven and eight-year-old kids. It's really amazing,” Luca’s mom Tori Donahue said.

8-year-old Violet Hurst shaved off all her hair tonight to show her best friend Luca, who was diagnosed with Leukemia, that losing your hair isn’t so scary. Violet and nine other classmates in Dunmore shaved their heads so that Luca knows he’s never alone in his fight. @WNEP pic.twitter.com/RlNuxwP7Dw

His classmates all lined up to have their heads shaved just like Luca.

Classmate Violet Hurst shaved off all her hair to show him she’s there for him, through thick and thin, hair or no hair.

“He was scared of getting his hair all shaved off and he was afraid that someone was going to make fun of him,” Hurst said.

On top of his ten classmates shaving their heads, Dunmore Police Patrolman Anthony Cali joined in too.

“When I heard the kids were going to do it, it touched my heart. That's what Dunmore is all about. It's a close-knit community,” Ptlm Cali said.

“It makes me feel not alone at all,” Luca said.

His next round of chemotherapy starts on Friday. He’ll be away from home and school a lot.

Now, he can focus on his fight, knowing his friends have his back.

“It just makes me so happy,” Luca said.

Luca’s mom said he’ll be getting treatment at the Children’s Hospital of Philadelphia for the next three months.

Now, he knows he’s not in this fight alone.