While violent protests and clashes with police have ravaged cities across the country, many black community leaders in our area are taking a different approach. 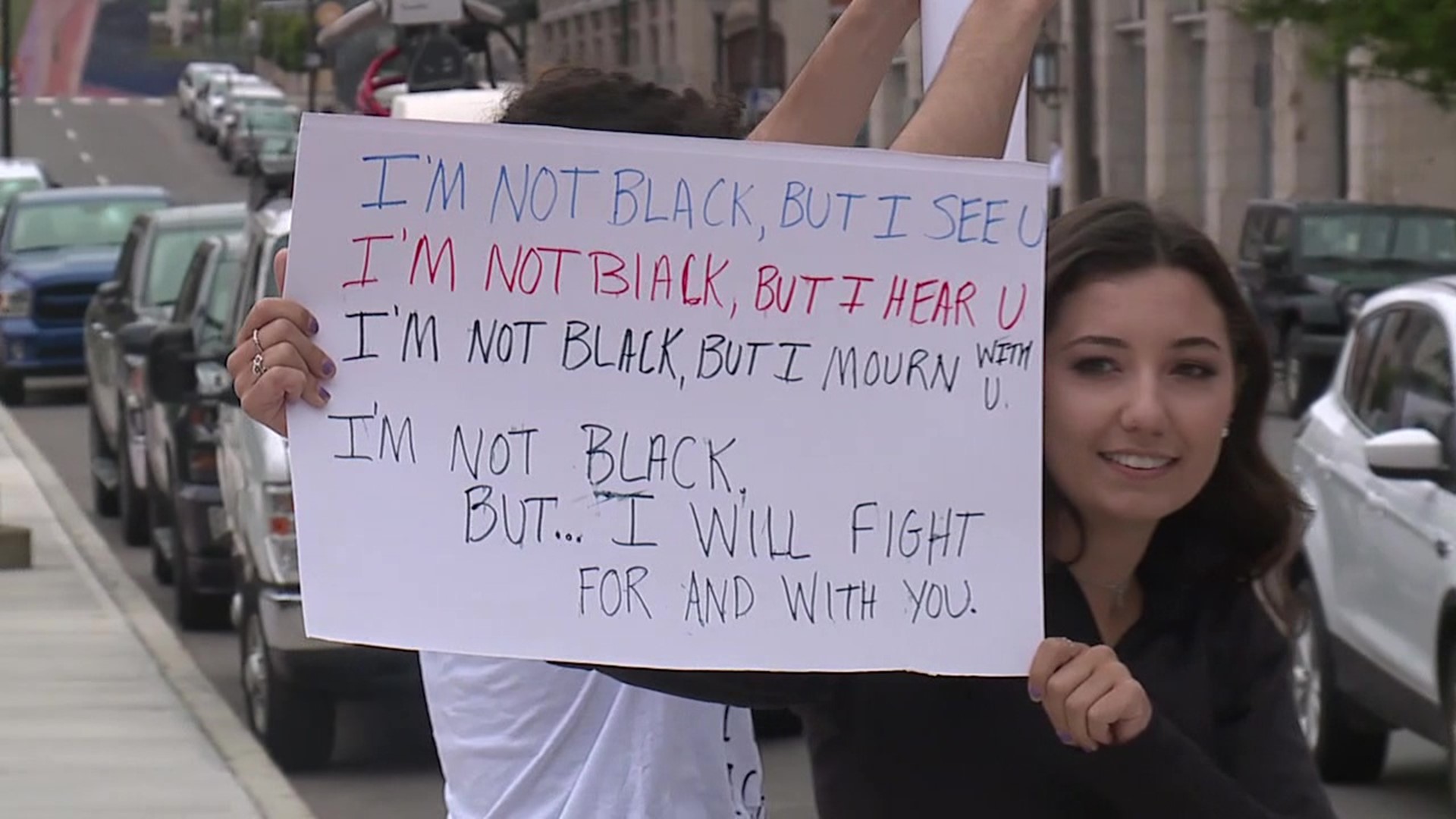 SCRANTON, Pa. — We have seen protests throughout our area this week in response to the death of George Floyd in Minneapolis. Those protests have not been marked with the violence seen in some cities around the country.

Leaders within the black community here say the reaction to Floyd's death should have a different approach in order to be effective.

The pain and outrage we're seeing on the streets of major U.S. cities this week still exists in northeastern and central Pennsylvania but just on a smaller and more peaceful scale.

"If there was 1,000 people here it would be great, but as long as there's one or two people standing up for what's right, then it's still going on."

A handful of people protested racial inequality on Courthouse Square in Scranton - one of many protests, big and small, held in our area this week.

"I just think it's about time that stuff gets done, peacefully, obviously. I think that we all just need to come together and put an end to the corruption that is out there," said Marc Pacheco. "Not everything out there, in the police departments and in the governments, is corrupt, but it's about time we get the people out of there that are."

The demonstrators say they've received only positive feedback from passersby, and leaders in the black community in Scranton hope to keep the message just that positive.

Glynis Johns is the creator of the Black Scranton Project, an organization that aims to give visibility to the black community in the Electric City. Johns says she won't be organizing any protests.

"The benefits for that aren't going to outweigh the good right now. Folks are forgetting that we're still in a pandemic, and we as Pennsylvania and NEPA have not moved into a space that's safe enough to gather and social distance," said Johns. "And we already know statistics-wise people of color are the ones impacted most, and losing their lives most. That combined with the fact that we're already losing our lives to police brutality and violence, I don't want that combination to come to our area."

Instead, Johns is encouraging people to communicate with their families about racism, contact local lawmakers, and donate to causes that benefit the black community.

"Make sure you think about the ways you're going out and creating action because if it's unorganized, it's just counterproductive, and the black community does not need that right now."

The Black Scranton Project is using the momentum from the protests this week to launch a fundraising campaign to build a black community center in Scranton.