Police investigating after wrong-way crash on I-81

Two people were taken to the hospital after the early morning crash. 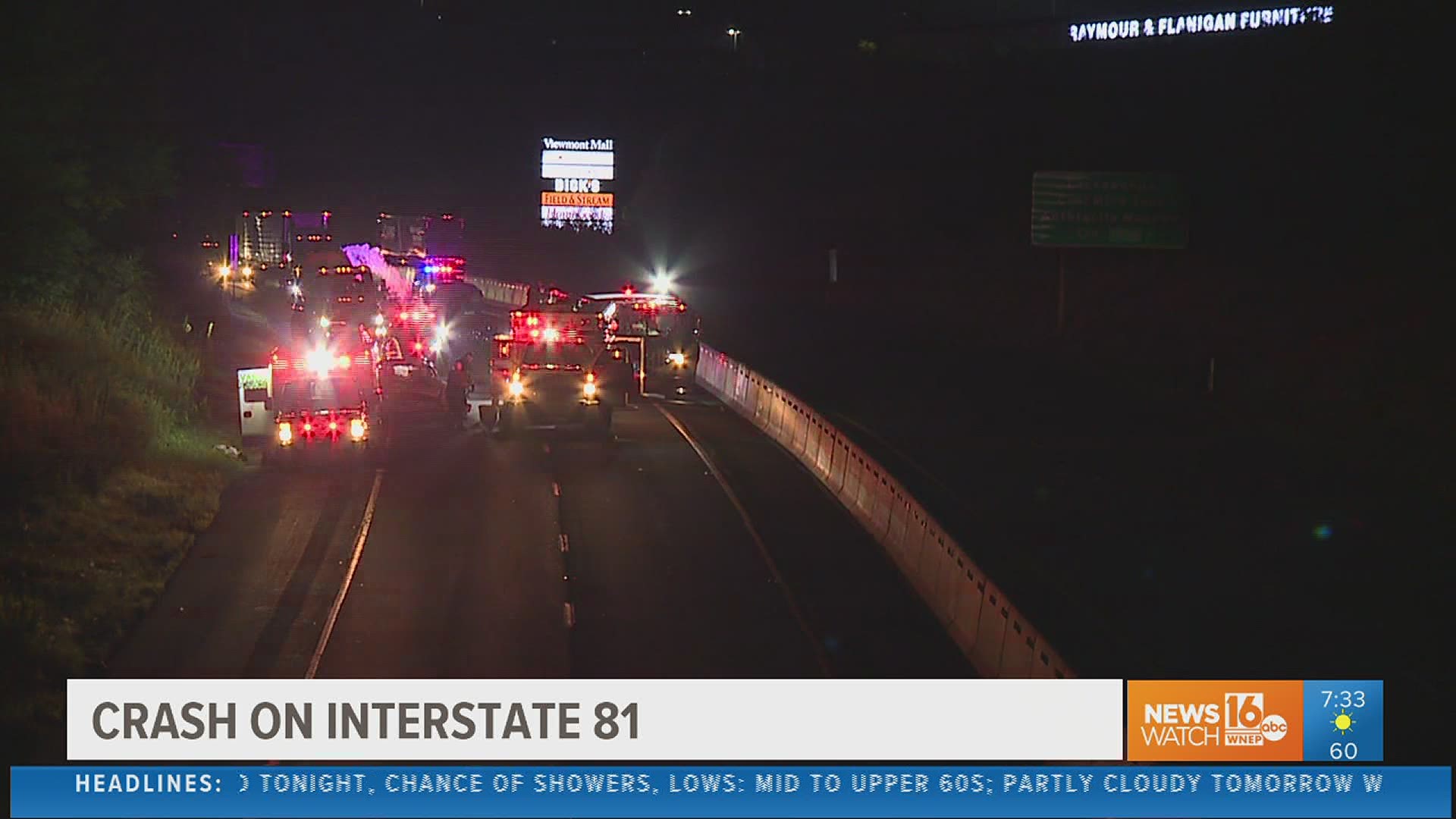 LACKAWANNA COUNTY, Pa. — State Police are looking for the driver involved in a wrong-way crash on I-81 south early Saturday morning.

State Police say the crash happened just after 1 a.m. Saturday between the Dickson City and Main Avenue exits. A Toyota Corolla was driving the wrong way in the southbound lanes of I-81 when it hit another vehicle head-on.

Two people were taken to the hospital to be checked out.

Troopers say the driver of the car going the wrong way ran away after the crash. State Police describe the driver as a Hispanic man and are asking anyone with information to call state police in Dunmore.

Traffic on I-81 south was shut down while crews cleared the area.