JEFFERSON TOWNSHIP, Pa.– Hunters hit the woods for the first day of rifle season. It’s the first time the state has allowed hunting on Saturday afte... 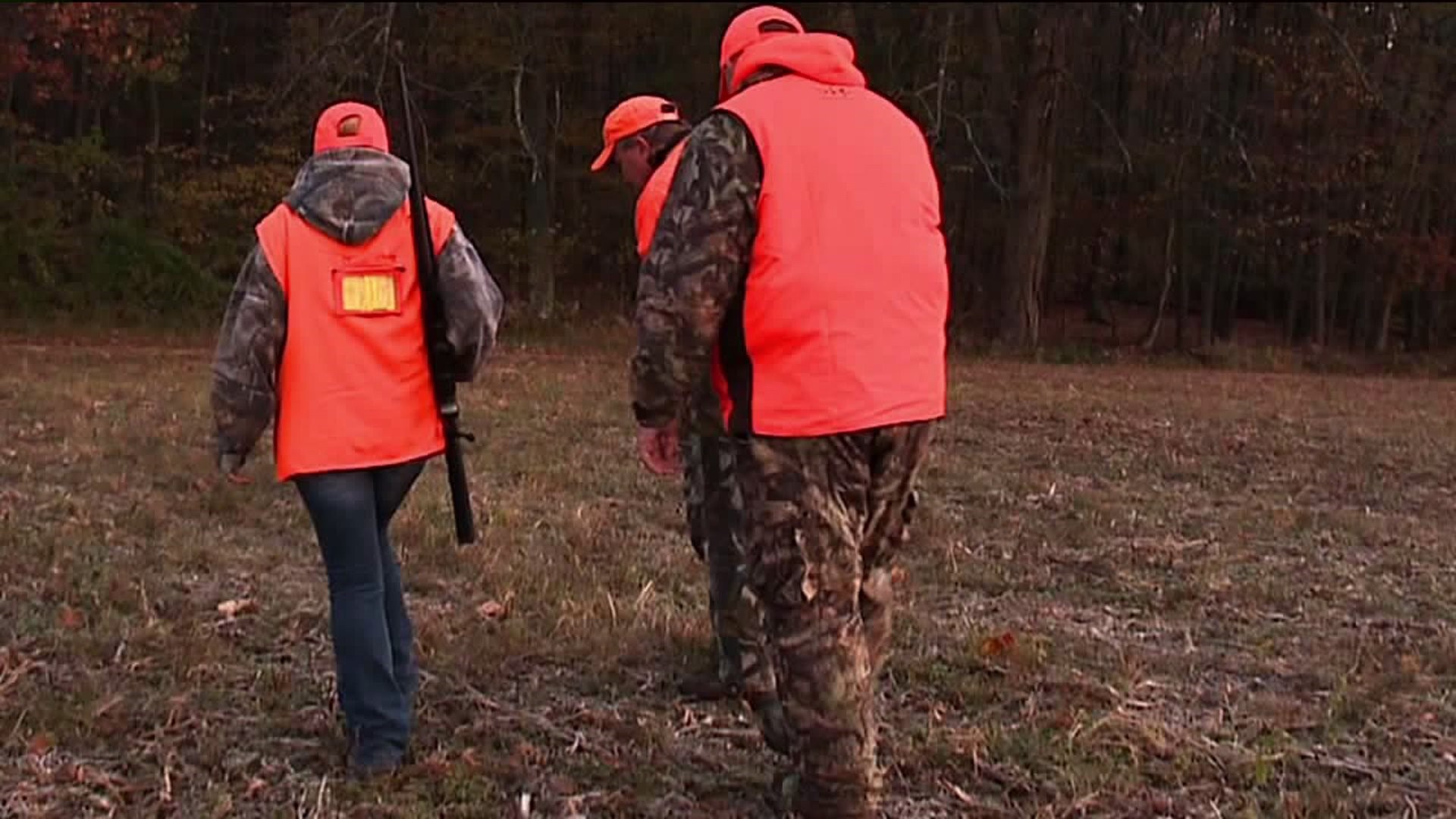 JEFFERSON TOWNSHIP, Pa.-- Hunters hit the woods for the first day of rifle season. It's the first time the state has allowed hunting on Saturday after Thanksgiving.

In a break from tradition, up until last year hunters would have been forced to wait until Monday to hunt for that prize buck.

Back in April the game commission decided this year's rifle season would begin on a Saturday.

"There's mixed reviews on it," said Smokin' Joes owner Joe Dombroski. "Some people that like the tradition of going out on Monday are sticking with Monday, and some of them choose to go out today because they can get out and have the time."

Dombroski says this is one of his busiest times of the year. His team will butcher hundreds of deer for local hunters and he says this extra day helps.

"It's a little bit easier because I have guys that aren't working on Monday so they're here on Saturday and Sunday so in that aspect it's good," he said. "I don't know what's going to happen when we get to Monday. You know I'm expecting today will be busy and Monday will be busy."

Hunters who dropped off their harvest at Smokin' Joe's say they like the change in the hunting season.

"It gives a lot of guys an extra day to hunt, they don't have to take a day off that they would rather work possibly or spend time with their family," John Farris of Dunmore said.

This isn't the only change coming to deer hunting next year. The game commission will allow hunters to add one Sunday to rifle season.

"I hear a lot of guys complaining about the Sunday thing like give the deer rest than not be in the woods pushing as much deer around. But not really that many complaints about guys being able to go out on Saturday," said Clayton Tucker of Montdale.

Hunters who don't want the meat can also bring their deer to Smokin' Joes. The deli is a partner with Hunter's Sharing the Harvest and the venison will be donated to a local soup kitchen.